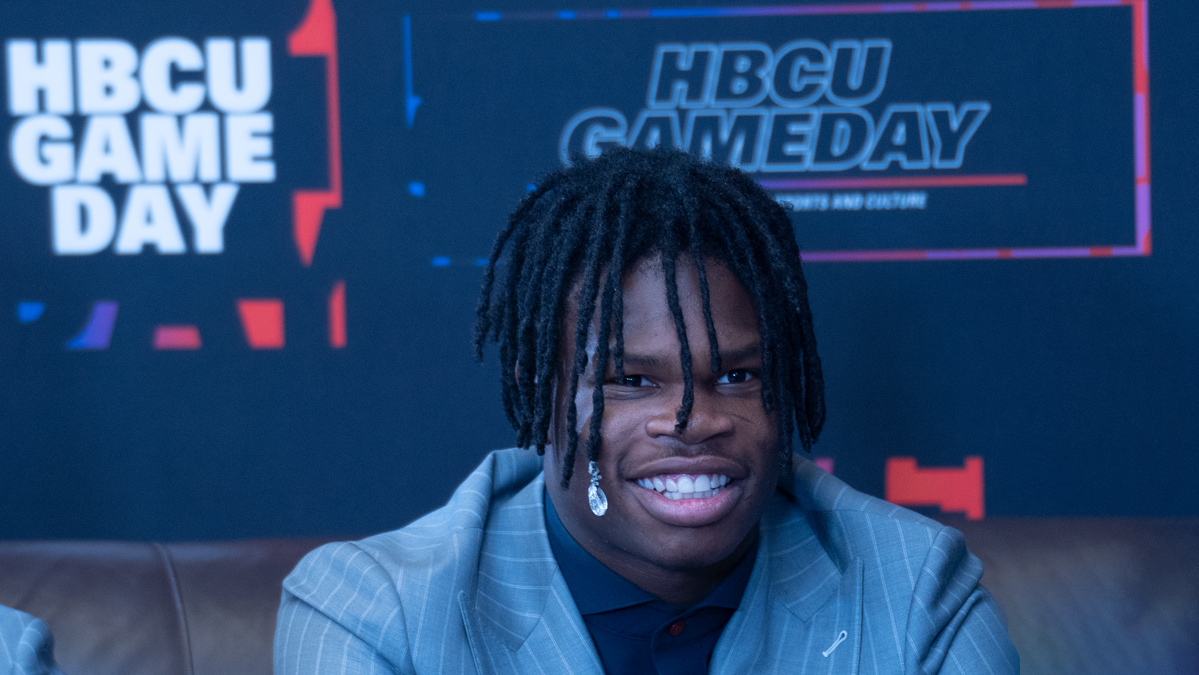 Jackson State freshman Travis Hunter has been predicted to have an All-American season in 2022.

Jackson State defensive back Travis Hunter hasn’t played a down yet, but he’s already expected to be a top-level player in the FCS.

STATS Perform Preseason All-America teams were named on Monday and Travis Hunter was listed as a third team selection.

Hunter, of course, is no ordinary FCS freshman. Considered for some time to be the top prospect in the 2022 recruiting class, Hunter shocked the college football world by opting to go to Jackson State after being committed to Florida State for a number of years. Clearly, this projection is a nod to the high-level of talent that Hunter possesses at any level — much less the Football Championship Subdivision.

His coach, College and Pro Football Hall of Famer Deion Sanders, says his star defensive back is well ahead of where he was when he arrived at Florida State in 1985.

Hunter was seen at the SWAC Football Media Day wearing a brace on his right foot, reportedly for a high ankle sprain that does not look to keep him out for any time.