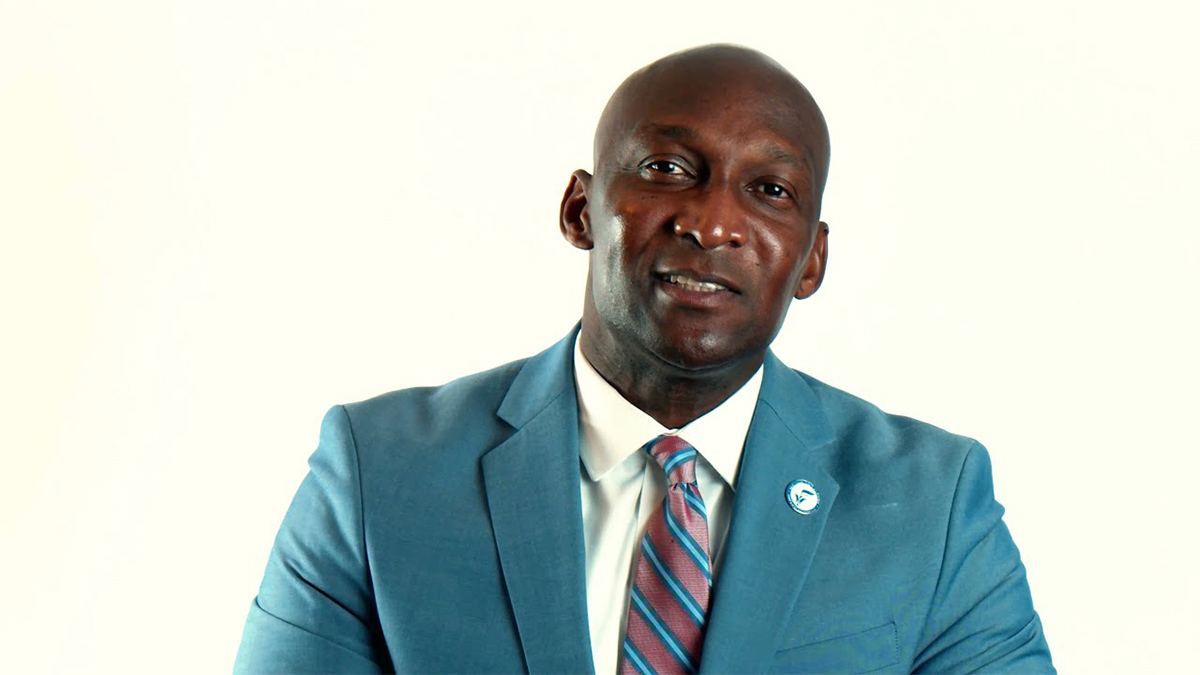 The SIAC has chosen Anthony Holloman to become its next commissioner, succeeding Gregory Moore.

The Southern Intercollegiate Athletic Conference (SIAC) Council of Presidents announced on Monday that Anthony Hollman has been named the 11th Commissioner of the SIAC. He will start on September 1, 2022, succeeding Commissioner Gregory Moore, who will officially step down following 13 years of service to the conference.

Holloman is the Vice President for University Advancement/Athletics and executive director for the Fort Valley State University Foundation since 2018. He has been a part of and directed fundraising programs that have raised more than $125 million to support student scholarships, faculty development, and programmatic activities at institutions of higher learning.

“The Executive Committee of the SIAC moved swiftly to engage Parker Executive Search Firm upon Commissioner Greg Moore’s announcement of his departure. The Firm delivered a plan, a workable calendar, and an excellent set of candidates for the Commissioner’s position,” said Allen University President Ernest McNealey, and chair of the SIAC Search Committee. “The Search Committee’s work led to unprecedented consensus throughout the process, which ultimately identified Dr. Anthony Holloman, Vice President for Advancement and Director of Athletics at Fort Valley State University. Dr. Holloman will be ready to begin the next era of the SIAC on day one without a learning curve. He brings a high level of integrity and enormous preparation for the position.”

“The NCAA landscape has changed over the past few years. Now is time to continue to align the SIAC conference as the nation’s best Division II conference,” said Reginald Ruffin, Tuskegee’s Athletic Director and Football Head Coach and a member of the executive search committee. “The appointment of Dr. Anthony Holloman as Commissioner of the SIAC will continue to move us in that direction. Dr. Holloman will move the SIAC to help continue expanding the brand. He will continue to give our student-athletes the best experience academically and athletically in this conference.”

Holloman is a graduate of Johnson C. Smith University, where he majored in Communications and was a football and track team member. He holds a Master of Sports Science degree from the United States Sports Academy. He also earned the Doctor of Education in Educational Leadership from Gwynedd Mercy University and holds a Certificate of Fund-Raising Management from the Center on Philanthropy at Indiana University. Mr. Holloman is a member of Sigma Pi Phi Fraternity, Kappa Alpha Psi Fraternity Inc., 100 Black Men of America, Chair of the Athletic Director’s Council for the SIAC, CASE Committee on College and University Foundations, Member of the Board of Directors for the Georgia Chamber Commerce, and a newly appointed member of the Board of Directors for the Robins Regional Chamber of Commerce.

“As one of the SIAC’s newest member institutions, we at EWU are excited about the propitious future of the nation’s premier NCAA Division II athletic conference under the forthcoming leadership of Dr. Anthony Holloman,” said President Zachary Faison of Edward Waters. “I look forward to working in partnership with Dr. Holloman as we collectively endeavor to move our venerable conference to unprecedented heights of excellence for the benefit of our member schools and the incredibly phenomenal student-athletes we serve.”

“I am pleased that at the conclusion of a thorough and rigorous search process, we have identified the ideal candidate to lead the SIAC into the future,” said President Roslyn Artis of Benedict. “Dr. Holloman’s knowledge, skill, and experience with intercollegiate athletics, HBCUs, and fundraising will be assets to the member institutions and the student-athletes we serve.”

“Dr. Holloman’s background as an athletic director and as a VP for advancement makes him the perfect person to serve as the next Commissioner of the SIAC,” said President Kimberly Ballard-Washington of Savannah State. “His HBCU experience in several institutions over the years will help him recognize the numerous issues that occur within the university setting and will lead to good relationships between the conference office and all of the institutions within the SIAC.”

“To have the opportunity to lead this conference is an honor and privilege, and I want to thank Dr. Ernest McNealey and the entire search committee for their confidence in my ability to advance the mission and vision of the SIAC,” said Holloman. “This is an exciting time for my family and me. Wholeheartedly, I embrace the challenge of managing and growing the SIAC while positioning the league for its next chapter of growth as a collection of regionally, nationally, and globally recognized institutions.”

Holloman is married to Maisah Holloman, and they have three adult children – Brittany, Jordan, and Tysan.