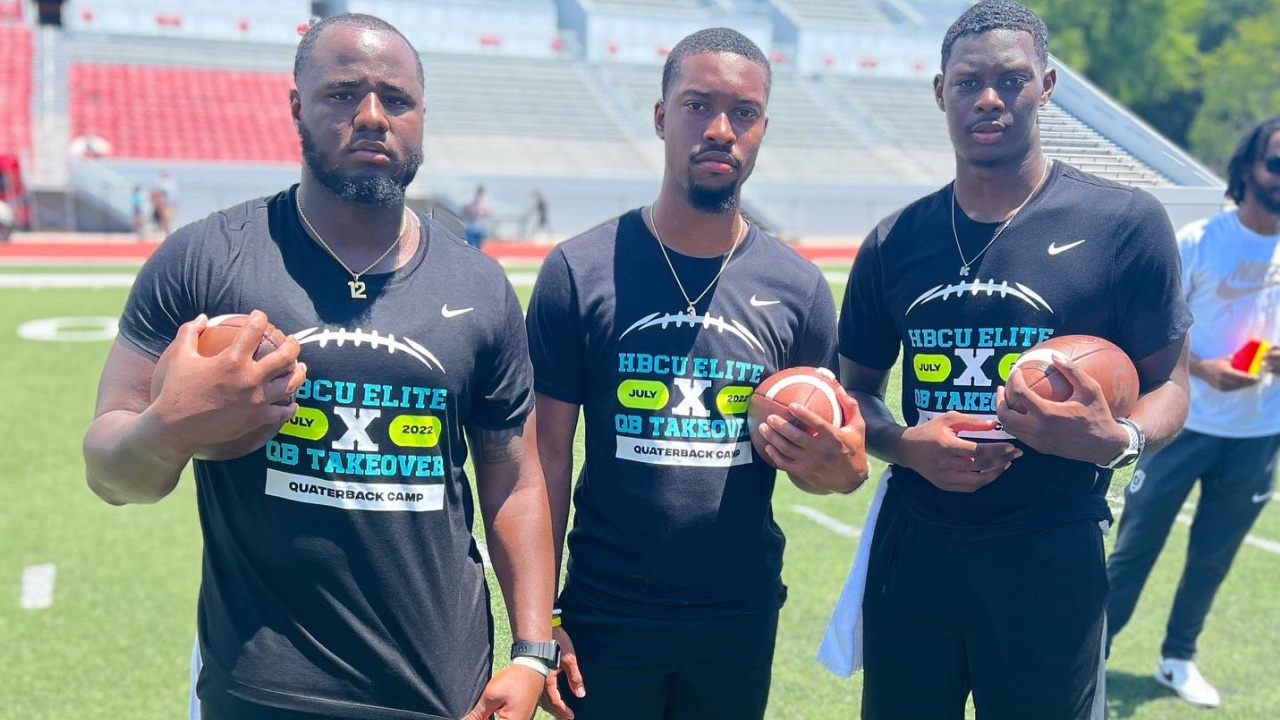 These HBCU quarterbacks got to learn from the best.

Fifteen select HBCU quarterbacks worked out with QB guru Quincy Avery during a two day program by HBCU Elite. Quincy Avery is the founder of the QB Takeover and trains some of the top NFL and collegiate quarterbacks including Justin Fields, Malik Willis, and Jalen Hurts. He has maintained a purpose of wanting to put the Black quarterback on the highest pedestal.

“Wanted to put together a special weekend for HBCU QBs in Atlanta,” Quincy Avery wrote on social media.

“Got together with HBCU Elite & selected some of the top HBCU quarterbacks from across the country to come out for a weekend of work with QB Takeover.”

HBCU quarterbacks were in attendance across the SIAC, MEAC, SWAC, CIAA, and independent conferences. Players were asked after the event why they believed they were selected to take part in this one-of-a-kind experience.

“Talent-wise, I feel like I am one of the best quarterbacks amongst my HBCU counterparts,” Langston University’s Tripp Harrington told HBCU Gameday.

“I am known for being passionate and being very smart,” Fayetteville States’ K’Hari Lane explained. “I have been a great leader and am a guy that can get everybody together.”

“I am a well-balanced athlete at quarterback,” Moehouse’s Derrach West explained. “I can pass it and I can make something happen with my feet so whatever you need I got it.”

691
The Latest in HBCU Sports and Culture