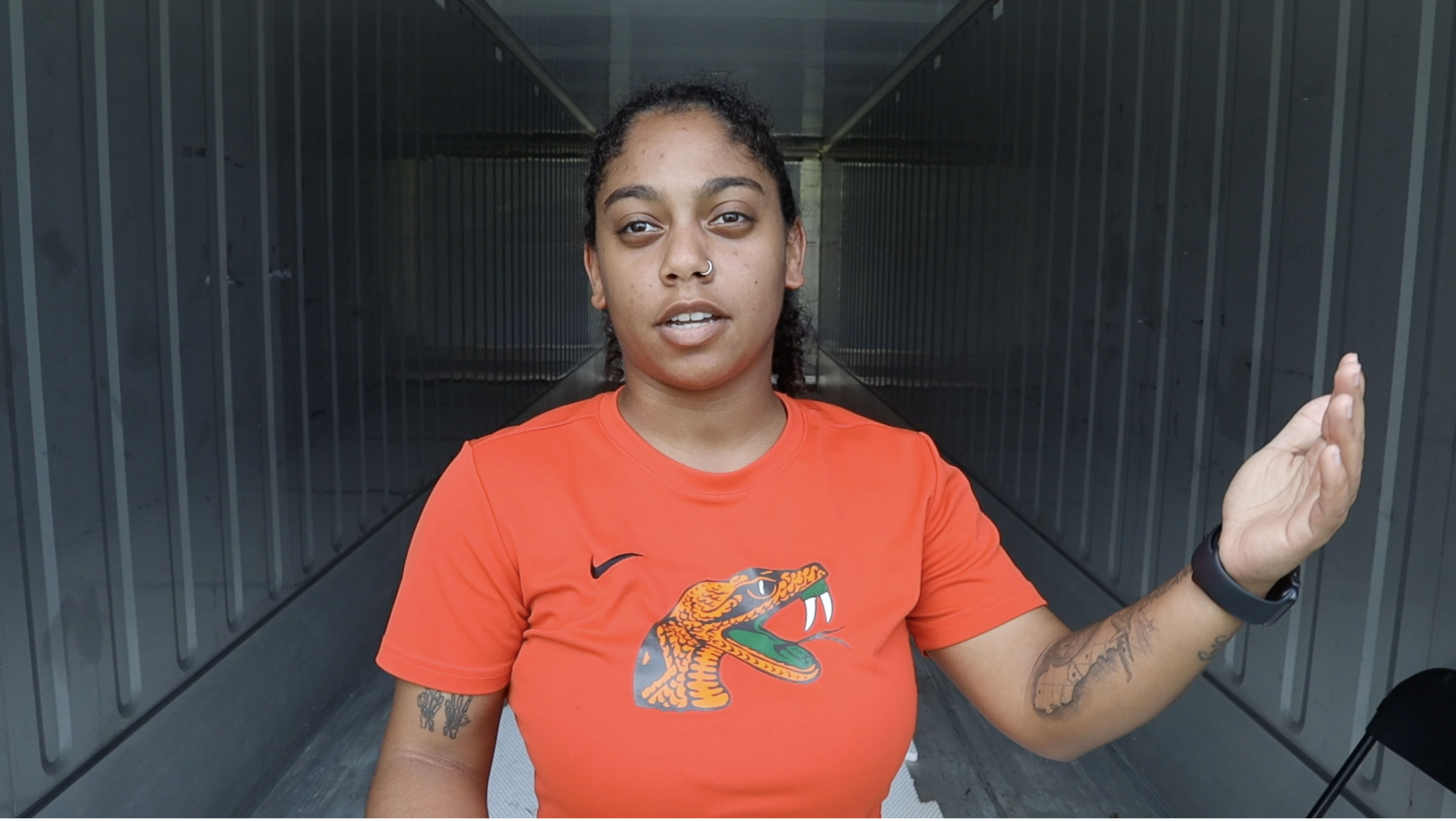 Florida A&M received its much-anticipated coolant chamber in time for fall practice under the brutal sun. No other HBCU has one.

TALLAHASSEE, FL — At the crack of dawn on Tuesday, July 19th, a transfer truck carrying the new 40-foot “Boudreaux Box,” human climate control system arrived down Wahnish Way on the campus of Florida A&M University.  It is the first of its kind at an HBCU.  It now rests in the north end zone of top practice field.

The delivery was the first of three to be delivered this week in Tallahassee as Florida State University ordered two of the units for their football camp.  FAMU joins the ranks of LSU, Alabama, FSU and Clemson as schools that employ the coolant system in football camp to combat heat exhaustion, dehydration and other heat-related illnesses that typically occur during the stringent activities performed in preparation for a football season. It will be the only HBCU with the technology.

Florida A&M Assistant Athletic Trainer Elizabeth Bailum (MS,LAT,ATC) was on hand for the installment and placement of the unit and was the first to enter the chamber once the power was connected and the unit began to cool.

“It’ll definitely help cool the guys down during the practices and limit our IV usage after practice.  During the day when they are going to the cafeteria or to class or walking to the dorm and they might cramp up, it will definitely help that, and it will help keep our players on the field.”

The 220 Quarterback Club, a FAMU support organization, provided the funding for the unit.  Club president Eddie Jackson arrived just in time to see the unit be installed and fired up.

“I think this is probably my proudest moment as a Rattler,” Jackson said. “Coach (Willie) Simmons told me two years ago that his greatest priority was to make sure that none of his players died by heatstroke or got seriously sick from heatstroke.  He wanted some help with that.  I saw an article in Sports Illustrated about the coolant center.  I saw this guy with the funny name, Paul Boudreaux, and I gave him a call and he was very helpful.  He came and talked to the 220 Quarterback Club, he met the president and Coach Simmons got excited and our club got excited.  We raised the money for the unit in about two weeks.”

Simmons was elated to see the unit arrive and looks forward to the assistance in the Florida heat come Fall camp.

“I am very excited about it coming in today.  With the sweltering heat already this Summer and no signs of let up, safety is the number one concern.  To be able to instantly cool body temperatures down is a valuable asset through the rigors of camp.  This is another safety measure and tool to ensure that our players are safe and can attain optimal performance and prepare for game day,” Simmons concluded.

Boudreaux, a character himself, was like a proud papa installing the unit.  Several NFL teams and Power 5 schools use this system that he engineered in his retirement.  He now spends the Summers crisscrossing the country installing the units.

“The Florida A&M Rattlers are the first HBCU with the cool box,” Boudreaux said with his trademark cajun laugh. “I had to be here, I know the players will enjoy and I look forward to the rest of the summer.”

Florida A&M Interim Director of Athletics, Michael Smith, was also on hand and coordinated the arrival and installation at Tallahassee’s HBCU.

“This will be a tremendous asset to the program.  The student-athletes are going to be happy and I know our athletic training staff is going to be pleased to have something here that can help get the students regenerated as quickly as they possibly can, and the whole safety part of it is really good for their health and wellness,” Smith said.

Simmons did have one concern about the Boudreaux box though.

“I gotta be careful not to see half my coaching staff in the cooler.  The heat in the south is a part of the tradition of football. ”