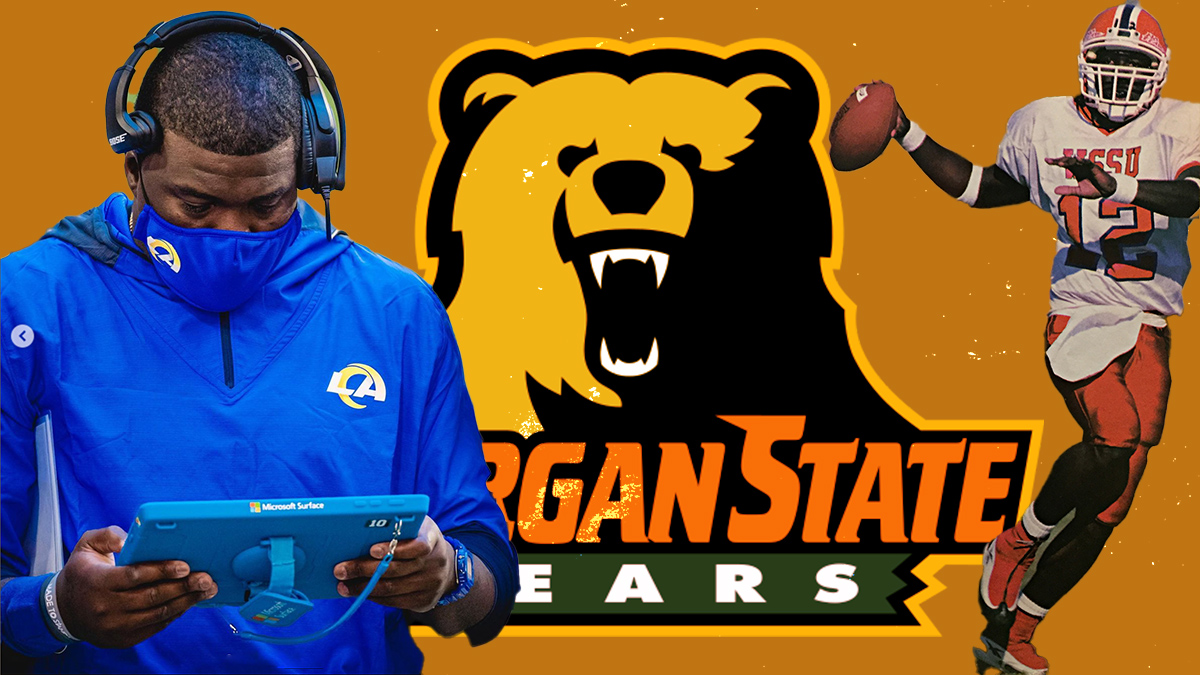 Woodbury has spent the last five years with the Los Angeles Rams organization, serving as a scout and as a special teams assistant coach. He earned a Super Bowl ring with the Rams earlier this year before leaving the organization. Morgan State, meanwhile, recently hired Wilson to take over its program as Tyrone Wheatley departed from the NFL. Wilson sought out Woodbury as he was looking for someone to run his special teams and it didn’t take long to see it was a good match.

“We had a conversation for about 30, 45 minutes. He told me how much he knew about me. I followed him while he was at Bowie and way before that,” Woodbury told HBCU Gameday. “And he just presented the offer and I was like… I’m a firm believer in discerning when God lays out the plan for you. So right over the phone I was like, coach, just let’s do it.”

Tory Woodbury is new to Morgan State, but he’s no stranger to HBCUs or MEAC football. The Winston-Salem, NC native has one of the great stories in HBCU football. After walking on at WSSU he led the program to back-to-back CIAA titles before going on to a pro career that saw him have stints with the New York Jets, New Orleans Saints and Buffalo Bills. He used his size and speed to contribute on special teams in the NFL before going into coaching.

Woodbury served as running backs coach at Delaware State under his college coach, Kermit Blount, and then followed him to Johnson C. Smith University where he became offensive coordinator before heading to the Rams. Now he’s back in the college game at an HBCU, and he couldn’t be more excited.

“Well, first and foremost I enjoy just being able to pour into young black men, or the young men on the football team, because I’m a prime example of — I consider myself a walking bible in the sense that they can look at my life story where I come from and it’s no excuse. If I can make it, you can make it.

Now Woodbury will draw on his wealth of experience having learned from coaches like Mike Westhoff at the Jets as well as others as he looks to hit the ground running with less than two months before the first game for Morgan State. He says time isn’t so much a factor for him — he just needs guys ready to play hard and fast.

“I learned from a special teams perspective, it is always going to be players over plays,” Woodbury said. “So I’m not really worried about my technique. or my playbook, they’re going to pick that up. Special teams is about the ability to play in space fast.”