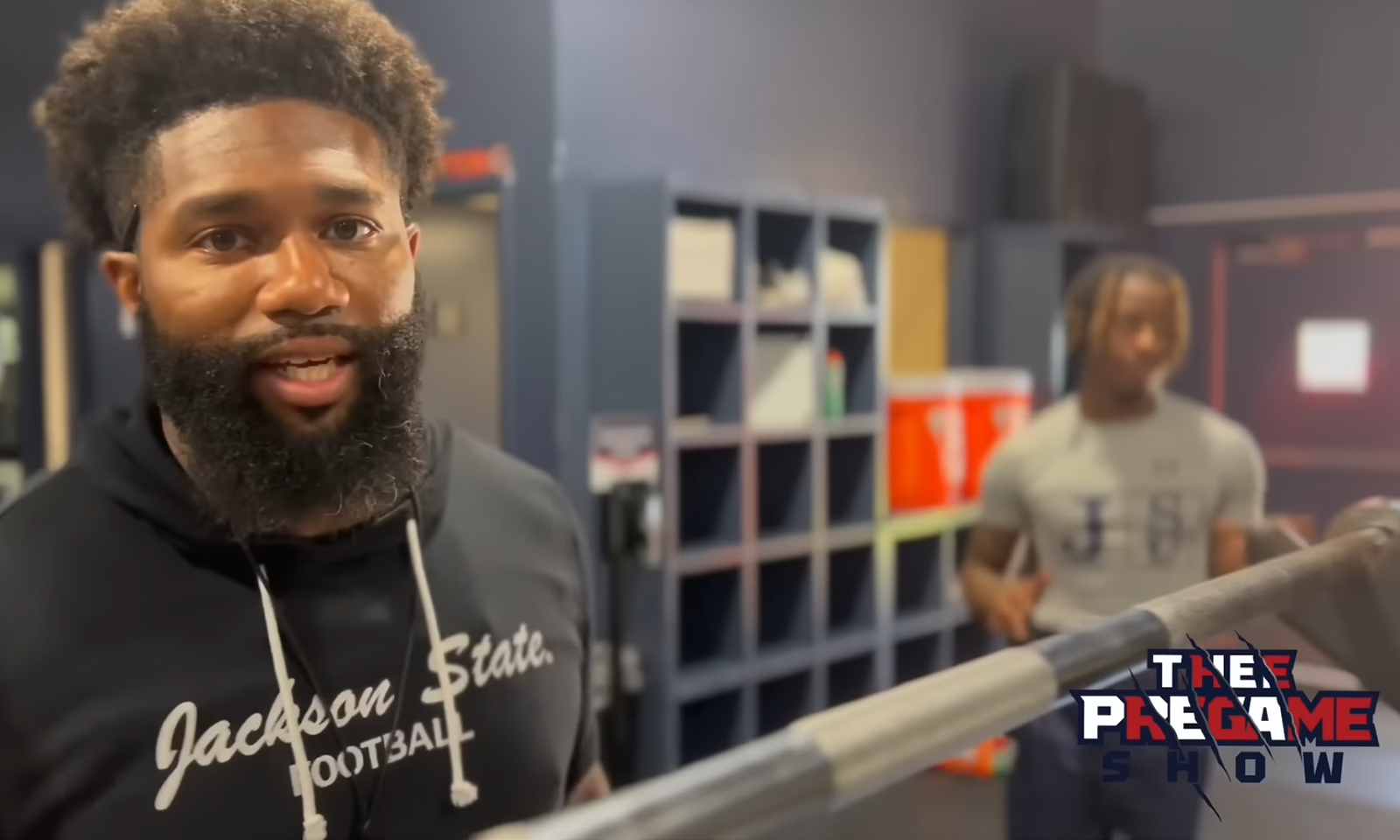 With a wealth of experience from top football programs, Strength and Conditioning Coach Maurice Sims is taking Tiger football to a new level.

Sims was an all-conference defensive back at Concord University prior to transferring to Tennessee-Chattanooga.

Thee Pregame Show has exclusive coverage of Sims and his work with the Tigers. See Part 1 here.

Getting JSU to the next level

Sims has a positive assessment of the Tigers.

JSU got pushed around at the Celebration Bowl. Deion Sanders said so himself. That’s where Sims comes in. He said the team is getting stronger already.

“Getting their technique down and just perfecting their craft,” he said.

Sims’ said past experiences with other football programs have given him the knowledge to carry JSU in the right direction.

“I just think it goes back to all the people that I’ve worked for,” he said. “Medgar Harrison, Brian Hess, Scott Sinclair. All the people who prepared me for this moment. I’m just exemplifying the work that they put into me, I’m just giving it back to Jackson State.”

“Keep giving them the things that they need,” he said. “The strength is going to come with us working out, but just putting emphasis on mobility and different things of that nature to fine-tune their bodies, their machines so they’re prepared and ready to go and play fast and be smart, tough, disciplined.”

“Him and his guys are creating some real fire in the weight room,” he said. “These guys are working, they’re working extremely hard. Bigger, stronger, faster, nastier every day.”

“He’s bringing in that new vibe, that new energy,” he said. “A lot of things we’re doing are going to carry on to the season.”