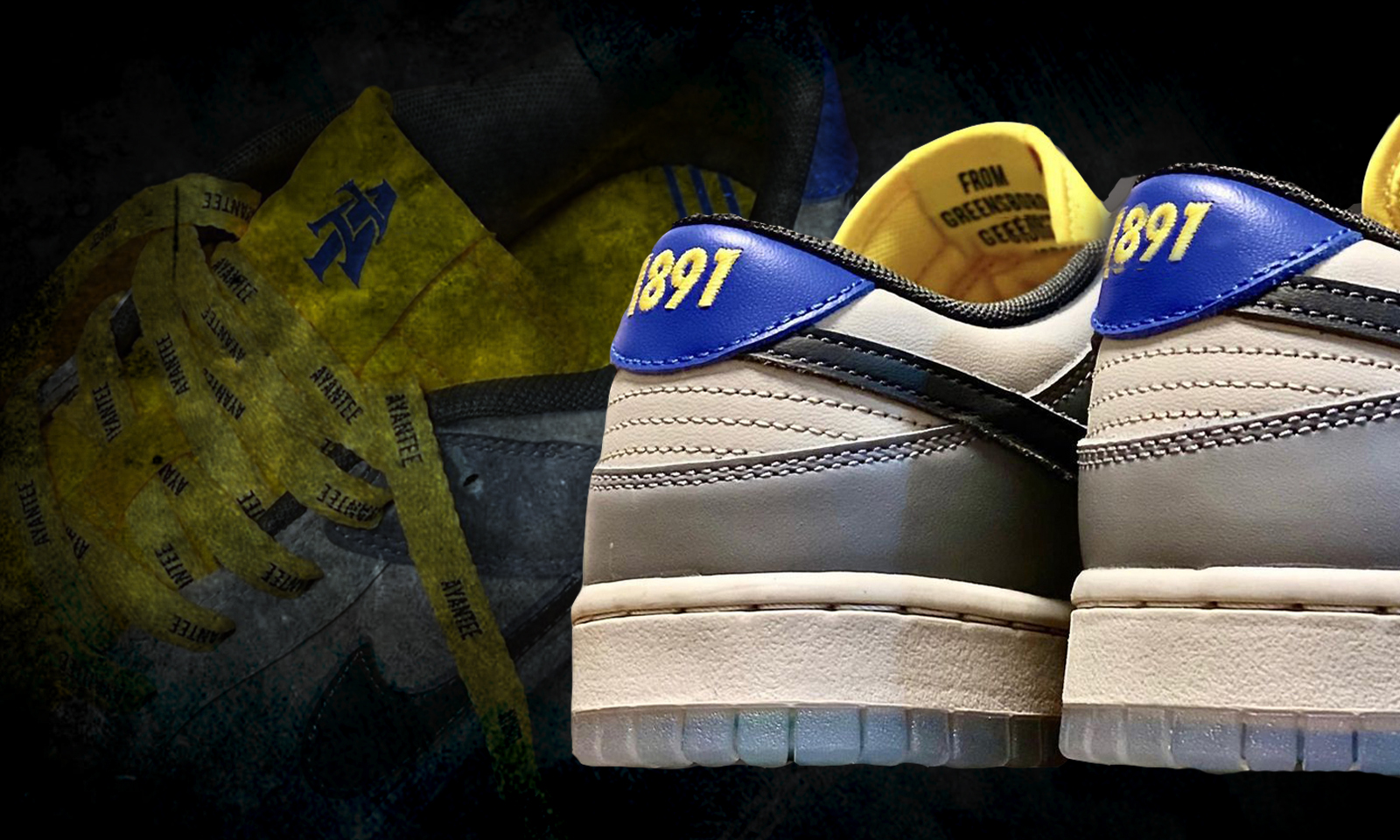 It appears that North Carolina A&T will be joining the list of historically black colleges and universities to get their own colorway of the iconic Nike Dunk sneaker in what’s being unofficially called the ‘HBCU Dunk pack.’

Now, a third set of images has made its way on social media, and this time it’s the Aggies getting their own version of Peter Moore’s 37-year-old design.

While the Aggies are known for their iconic blue and gold branding, those colors serve as accents for a white perforated leather toebox.

A grey mudguard wraps around the white eyestays for a look that draws your eyes to the colorful accent colors.

The North Carolina A&T logos appear on the gold mesh tongue tag and “Ayantee” is branded in black on the gold set of laces, while the reverse has “From Greensboro With Love” text in black, both clever ties to the school’s award-winning yearbook.

Behind the sail leather midfoot panel and black Nike Swoosh you’ll find a blue heel tab with “1891” embroidered in gold, a call back to the year the university was founded.

Underfoot, a sail Nike Dunk midsole sits atop a semi-translucent clear sole with green and blue tie-dye underneath.

The North Carolina A&T x Nike Dunk Low “Ayantee” and the rest of the ‘HBCU Dunk pack’ is set to release in 2022 through Nike and select NSW retailers online and in-store. As of now, sizing and pricing are TBA.