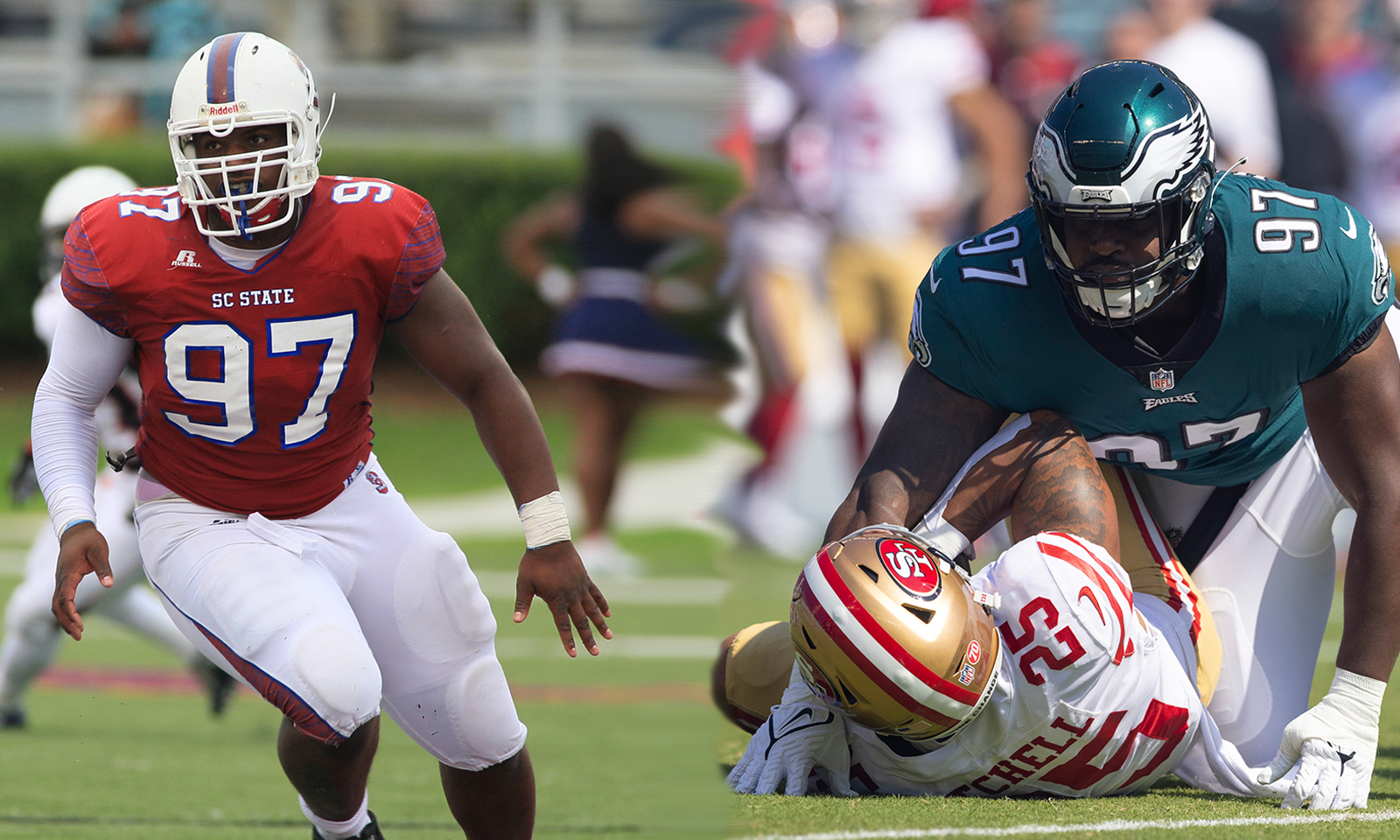 “I like to say we always get it out of the mud. The one thing about South Carolina State [is] I’ve seen people before me going to the league [National Football League]. So, I knew I had a chance to go to the NFL just looking at some of the people before me.”

The 29 year old Salisbury, NC native will also be heading into the season as a Hall of Famer of his alma mater, South Carolina State University.

South Carolina State Athletics will induct a nine member 2022 class into its athletic Hall of Fame during their football season this fall.

Along with four other football players, Javon Hargrave will add his name to the list of gridiron greats in the South Carolina State University Athletics Hall of Fame.

During his time in Orangeburg, South Carolina, Javon Hargrave started all 47 games of his career (2012-15). He had 200 tackles, 62 tackles for loss (TFLs), 37.0 sacks, five forced fumbles and two fumble recoveries.

Hargrave ranked eighth in the FCS with 22 TFLs in his senior season, led the Mid-Eastern Athletic Conference (MEAC) and finished third in the FCS with 16.0 sacks during his Junior year on the way to being Defensive Player of the Year in the MEAC for back to back seasons (2014-15.)

After being drafted 89th overall in the third round of the 2016 NFL draft by the Pittsburg Steelers, Hargrave flourished during his rookie year. Finishing the 2016 season with 27 combined tackle (18 solo), two sacks, and one touchdown in 13 starts and 15 games.

Hargrave’s play during his four years in Pittsburg earned him a three-year $39 million contract with the Philadelphia Eagles in March of 2020.

After signing the free agent deal with Philadelphia, Hargrave spoke to Donald Hunt of the Philly Tribune about his time at South Carolina State, and how it prepared him for success in the NFL.

“I owe a lot to South Carolina State,” said Hargrave, “They took a chance on me – mentored me and helped me on my way.”

“I like to say we always get it out of the mud. The one thing about South Carolina State [is] I’ve seen people before me going to the league [National Football League]. So, I knew I had a chance to to go to the NFL just looking at some of the people before me.”

In 2021 Javon Hargrave’s 63 tackles (27 solo), 7.5 sacks, forced fumble, and a pass defense eraned him ninth in an NFL.com ranking of the top-10 defenders in the league; and coming into a contract year in 2022, an extension in Philadelphia or another big contract in free agency could be on the horizon for the future South Carolina State University Hall of Famer.

Detailed information concerning the Hall of Fame Ceremony will be given at a later date.