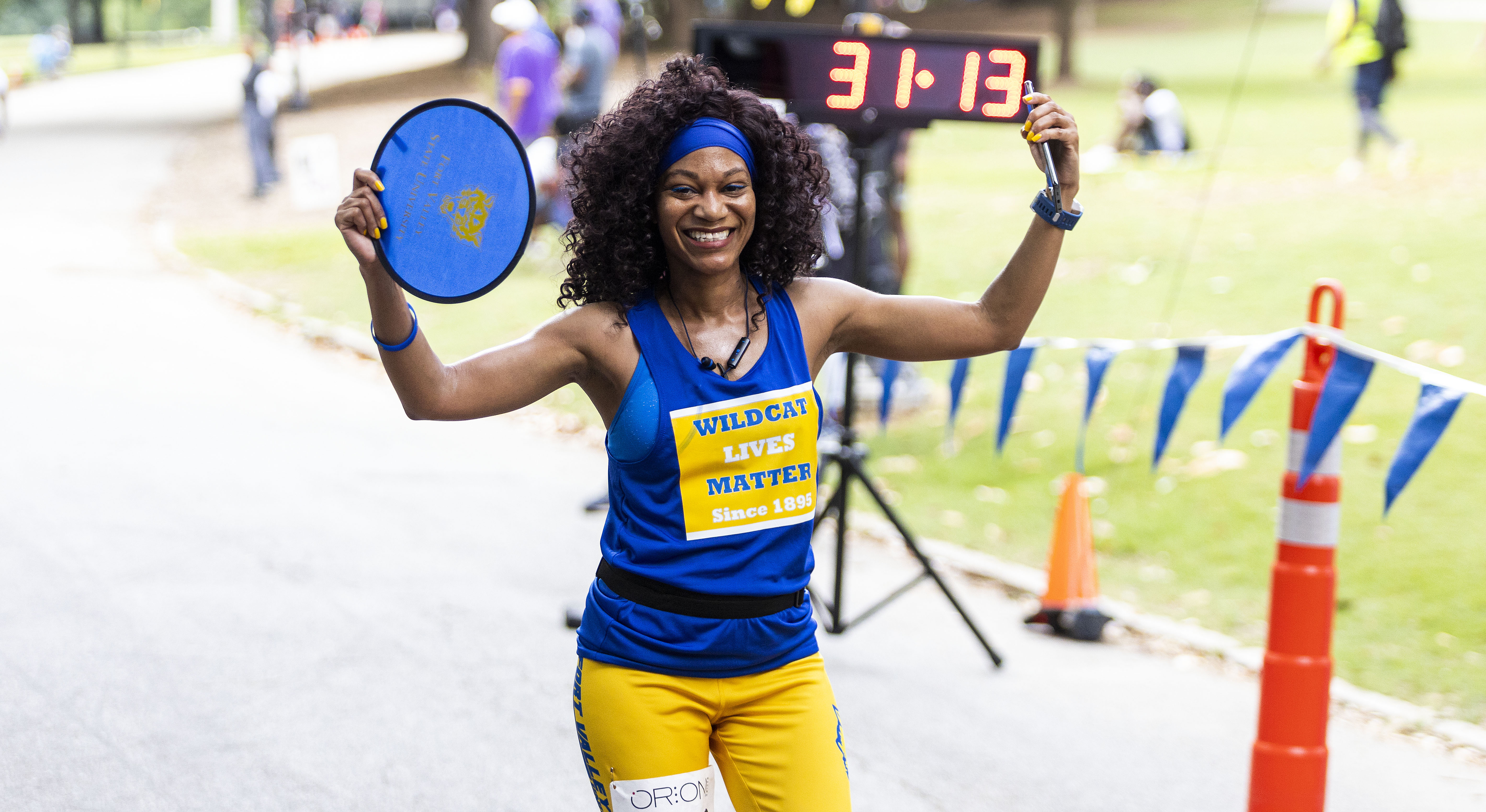 The 15th annual Atlanta HBCU Alliance 5k was back in person this year at Piedmont Park in Atlanta.

ATLANTA–You could feel the energy as soon as you entered Piedmont Park.  The 15th annual Atlanta HBCU Alumni Alliance 5K Run/Walk was able to reconvene in person after taking off due to the pandemic.  Thousands gathered for the 8::00 AM run under absolutely pristine running conditions.  Weaving through the manicured lawns of Piedmont Park under a cover of clouds which both kept the sun from heating up the area and provides optimal running conditions, hundreds of runners took the trek donning the gear of their HBCUs, fraternity/sorority paraphernalia or the official race t-shirt.

Nicole Carr, a team captain for her sorority, was pleased with the turnout at the Atlanta HBCU Alumni Alliance 5K.  “It’s an alumni gathering of our esteemed schools and alumni and this is about HBCU pride that has been going on for years here.  I’m here representing not only Winston Salem State, our alma mater but the Pi Alpha chapter of Alpha Kappa Alpha Sorority, Inc…we came in third in the Greek challenge raising money for the schools.  This is all about raising money for scholarships, this is about supporting our students,” she said.

Scholarships are the real win

As we do at HBCUs when we get together, we work hard and play hard.  With the DJ on the stage, of course it wouldn’t be an HBCU event without the line dances.  With a stage and HBCU-branded tents spread out over the lawn at Piedmont Park, it was an example of the strength of a unified HBCU community.

Probably the highlight of the race was the crowd that gathered at the finish line.  They were there encouraging runners to finish strong.  More importantly, the level of knowledge HBCU alums have about other HBCUs was prevalent.  While runners were crossing, someone would yell out something relevant to the schools.  As North Carolina A&T alums crossed the finish line, you could hear folks yelling out “Aggie Pride.”  Hearing shouts of “G-Men”, “Buddy”s Boys”- for SC State alums and “Let’s go Panthers,” was evidence that while HBCUs are kings and queens of banter, the unity is strong.

As a FAMU runner was closing in on a Southern University runner near the end, someone shouted out “You better run, there’s some snakes behind you!”  Another thing you heard relating to the JSU alums was “You better hurry up, Coach Prime don’t play that.”  It was all in jest and made the event more special.

One of the most important parts of the event was the integration of the kids.  There was mass recruiting going on by all alumni.  It was a chance to expose the depth of HBCU culture to the youth in a familiar environment…basically one big family reunion.

The event was by all accounts a financial success in raising money to assist kids with staying in college and for others to get to college.  “Our chapter raised nearly $6,000 with 83 members join out here, this is family.  That’s all, this is family,” Carr concluded.