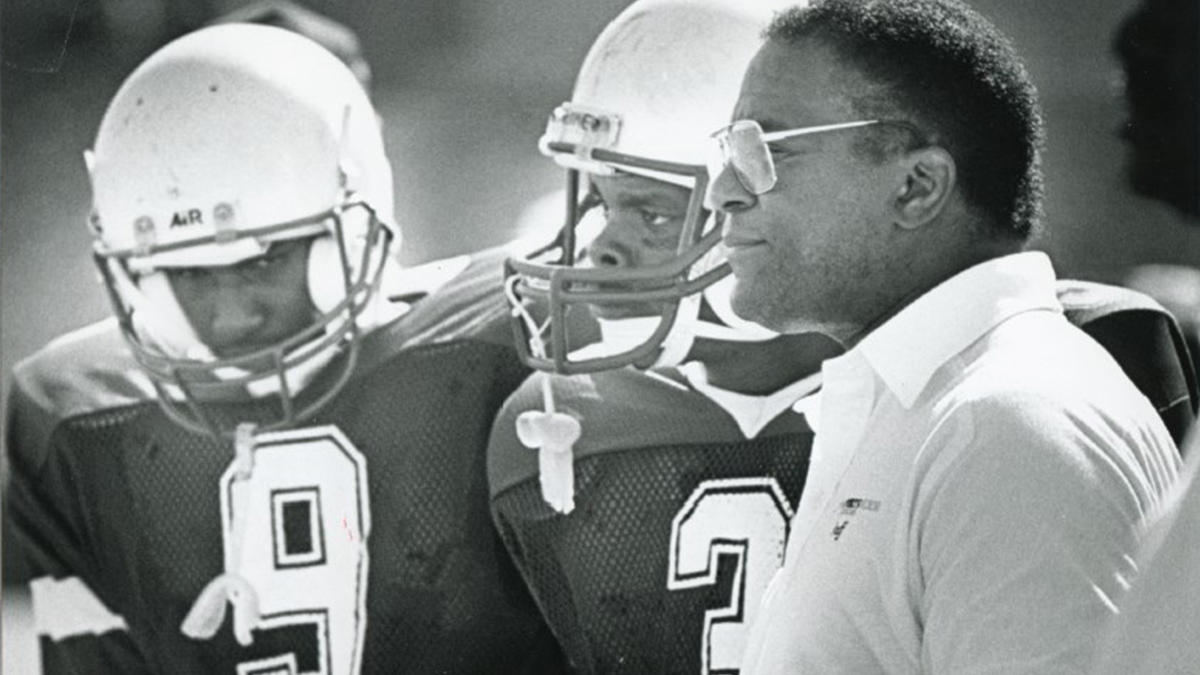 “Ray Greene meant a great deal not just to Alabama A&M but to so many people throughout the State of Alabama,” said Director of Athletics Bryan Hicks.

HUNTSVILLE, Ala. – Alabama A&M Athletics mourns the passing of Hall of Fame football coach Ray Greene, who died peacefully at the age of 83 on Friday, June 17.

“Ray Greene meant a great deal not just to Alabama A&M but to so many people throughout the State of Alabama,” said Director of Athletics Bryan Hicks. “He came in and ushered in a championship era for Bulldog football and then continued to touch many more lives with his broadcast work. We were lucky to have him as part of our family and he will be greatly missed.”

A lifelong football coach and teacher of young men, Green is a member of four different Halls of Fame (Alabama A&M in 2007), was an All-State football player at Akron South High School and then a standout at the University of Akron before embarking on a college coaching career that would generate tremendous success.

Green would come to A&M as head coach in 1979 and led the then NCAA Division II program to never before seen success, winning Southern Intercollegiate Athletic Conference (SIAC) titles in each of his first three years and delivering the first berth in the NCAA Playoffs in that 1979 season. His first tenure would come to a close in 1983 but he would return three years later to guide the Bulldogs from 1986-88.

He would repeat his earlier success on The Hill in short order, adding a fourth SIAC Championship in 1987 to secure titles in half his time in Huntsville and double the previous such championships in program history. In eight years at the helm of Alabama A&M he went an incredible 53-27-5 for a .653 winning percentage.

Greene would win at least seven games five times, never had a losing record and currently ranks as the all-time leader in winning percentage and, in just eight seasons, is third in wins. He was also twice named SIAC Coach of the Year and would also spend time with Michigan State, Johnny Majors’ Iowa State teams and the Winnipeg Blue Bombers of the Canadian Football League.

While he was tremendously successful on the sidelines, he would begin a second career that would make him a constant companion to countless football fans throughout Alabama as he began a lengthy broadcast career. It would be one that would see him not only call Bulldog games but a number of sports beyond football throughout the Tennessee Valley, including nearly a decade as the analyst for the ETV Game of the Week.

A true ambassador for the sport, Greene would call the action alongside fellow broadcast legend Gus Hergert for more than 30 years. That would include a 1990 interview with boxing great Evander Holyfield during that year’s Magic City Classic with Holyfield’s brother at field level playing for the Bulldogs. He would go on to call more than 1,000 games in his career, highlighting the talent coming out of Huntsville and Northern Alabama.

Not everyone gets to have a life well lived and fewer still get to make an impact on so many in that life. That is the true legacy of Ray Greene – a teacher of young men on the gridiron for decades and a constant companion for so many sports fans for more than a generation over the air waves. His like is seldom seen and will be greatly missed.

Public viewing for Greene will be held from 1-6 p.m. on Wednesday, June 22 and 8:30-10 a.m. the following day at Royal Funeral Home with services at noon on Thursday, June 23 at the First Missionary Baptist Church located at 3509 Blue Spring Road in Huntsville, Alabama.