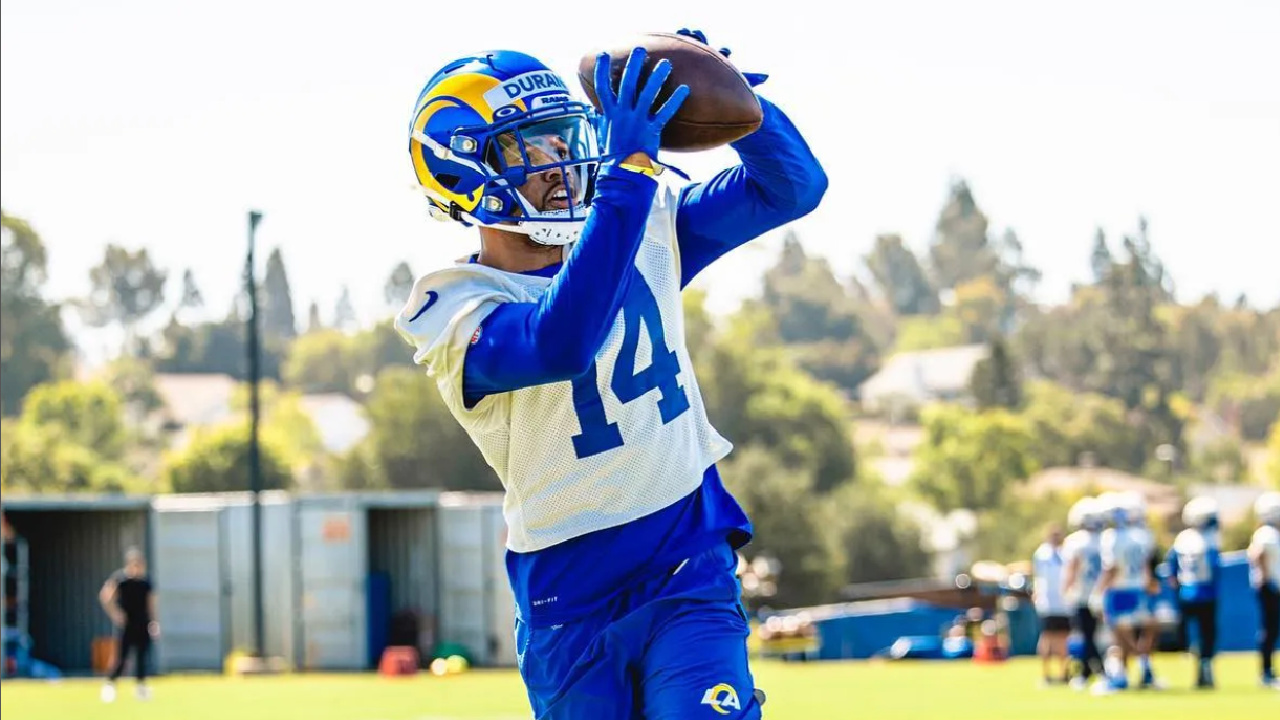 The SCSU product is learning from the best DB in the league.

Decobie Durant met with the LA Rams media this week and opened up about his relationship with three-time All-Pro cornerback Jalen Ramsey.

“He has taught me how to dial in when I’m on the field,” Durant said of Ramsey. “He has taken me under his wing, and taught me a lot. I’m lucky to have him take the time to mentor me in my first season.”

Decobie Durant joins a Rams secondary that is headlined by one of the best defensive backs in the NFL in Jalen Ramsey. LA Rams Head Coach Sean McVay spoke on the way he admired rookies like Durant being willing to learn from the veterans on the team.

“These are guys that you hope can become pro’s pro. They’re approaching things the right way,” McVay said of the Rams rookies. “They’re mature rookies, they’ve got a good look in their eye, they know how to come out and go to work. They know, ‘Hey, I’m gonna look at what these other veterans are doing and be able to mimic and emulate that, but put my own spin on it.’ And these guys like football, and that’s really important.”

“It was fun to be with the other draft picks, and rookies at camp,” Durant said. “We were able to build a quick bond through the events and activities the NFL Players Association planned for us.”