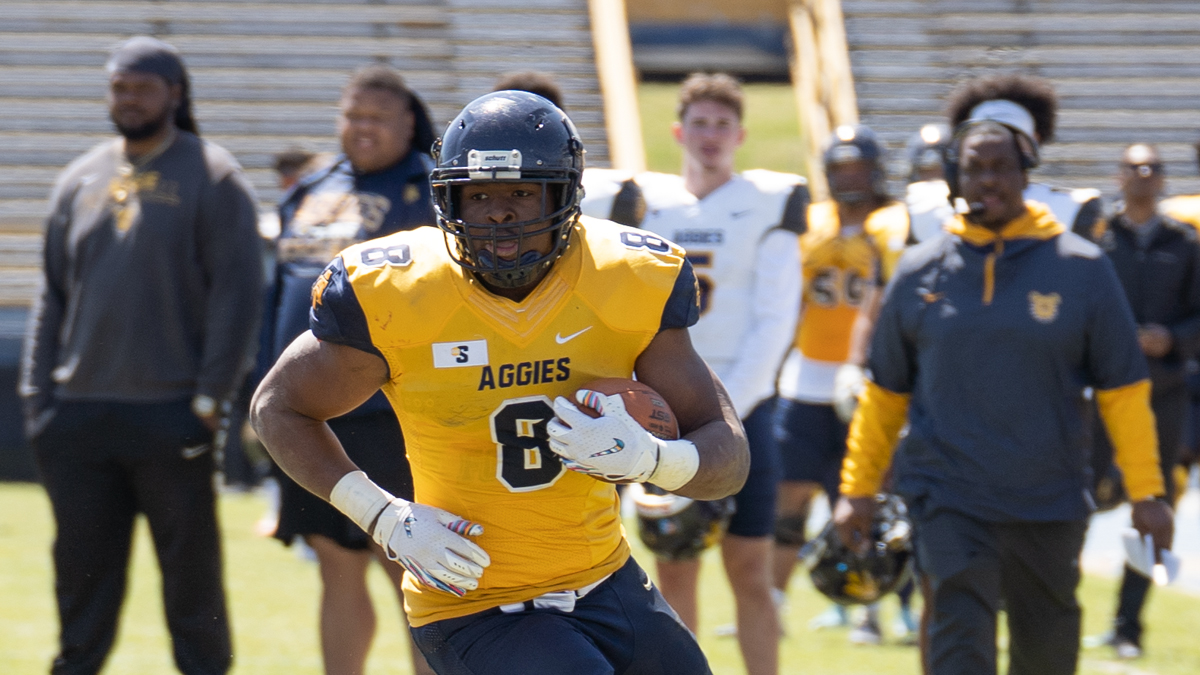 NC A&T has a new coach at a position that has been very vital to the program’s success over the last decade.

NC A&T has pumped out great running backs for the better part of the last three decades, and now it has a new man leading the charge.

While he’s new to the program, he’s no stranger to coaching. Lamont Seward has coached at the Division II, FCS and FBS levels, and has helped Jerrick McKinnon, J.J. Wilcox and Matt Breida head to the NFL while at Georgia Southern as well as Super Bowl Champion Tyreek Hill at Division II West Alabama.

His most recent job was at Tennessee Tech of the OVC. Prior to that, he spent a year-and-a-half as slotback coach at Army. The team finished eighth in the country in rushing, putting up nearly 300 yards per game.

Seward inherits an NC A&T backfield in transition. The 2021 season marked the first time in forever that A&T didn’t have a back rush for over 1,000 yards as injuries limited 2019 HBCU Gameday FCS Offensive Player of The Year Jah-Maine Martin in his final campaign. Still, the cupboard is far from empty. Bhayshul Tuten showed promise as a freshman last season, averaging 5.8 yards and three touchdowns. Redshirt freshman Charlie Dixon is a big, physical back that made his presence felt during spring ball and will likely see solid action in 2022.

Just like his backs, Seward has big shoes to fill as Gibbs helped mold backs like Mike Mayhew, Martin, Marquell Cartwright and the immortal Tarik Cohen. Time will tell if the NC A&T backfield continues to pump out big production backs.