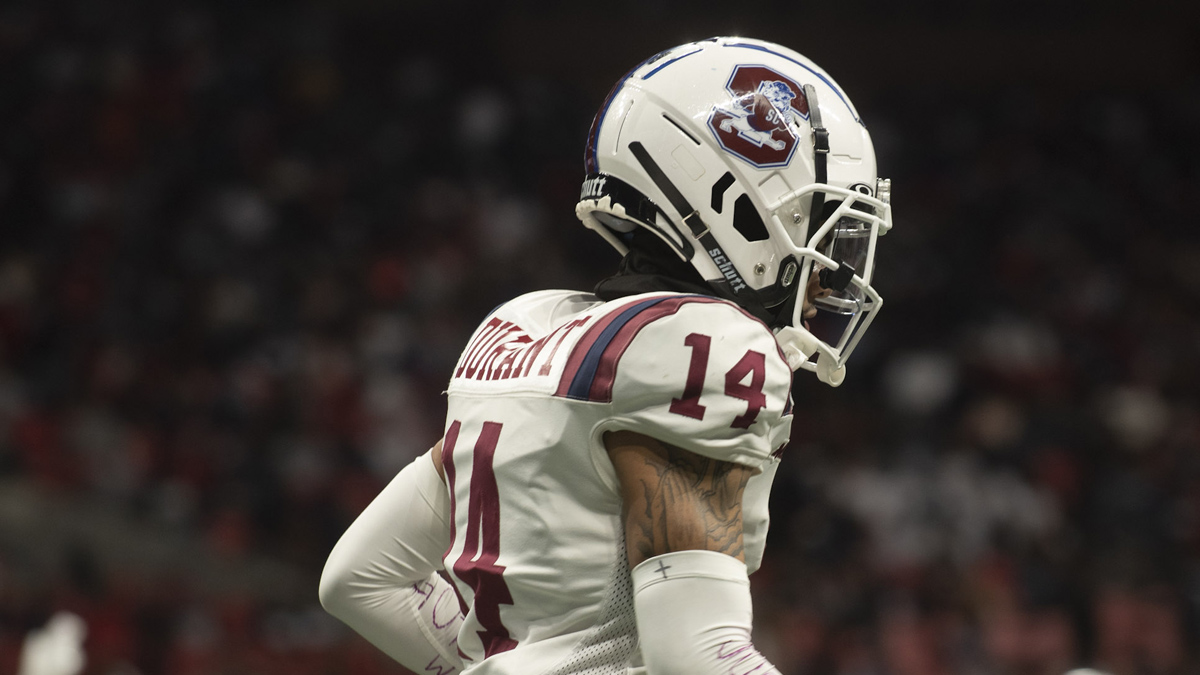 Decobie Durant can officially add his name to the long list of NFL Draft picks from South Carolina State. Durant was selected by the Los Angeles Rams in the fourth round of the 2022 NFL Draft. The defending Super Bowl Champions drafted him 142nd overall.

The 5’10, 180 pound defensive back has played in the East-West Shrine Bowl and appeared at the NFL Combine since helping SC State win the MEAC crown and Celebration Bowl last fall. He showed off an impressive time of 4.38 in the 40 yard dash at the Combine in Indianapolis, which put him in the top five at the position.

His size is viewed as a negative in today’s NFL, which values size more than ever given how big NFL receivers have gotten. Tackling is also considered to be a weakness in his game. However, his speed and ballhawking abilities (he picked off 12 passes during his career) outrank many Power Five prospects, which showed during his pair of interceptions against Clemson last fall.

Durant was the second HBCU player selected in the 2022 NFL Draft. Fayetteville State defensive back Joshua Williams was selected seven spots ahead of him by the Kansas City Chiefs.

Four sport athlete in HS (football, basketball, baseball, track)
Led HS to Class A Division II state football championship as a senior in 2015 (quarterback and DB)
Spent a year at Palmetto Prep after HS before walking on at SC State
Earned a scholarship after one season
Allowed just six receptions after being targeted 19 times in spring 2021 season
Has three older cousins who have played in the NFL
Helped SC State win multiple MEAC titles (2019 – shared with A&T, 2021 outright)
Defensive MVP of Celebration Bowl (2021)
MEAC Defensive Player Of The Year (2021)