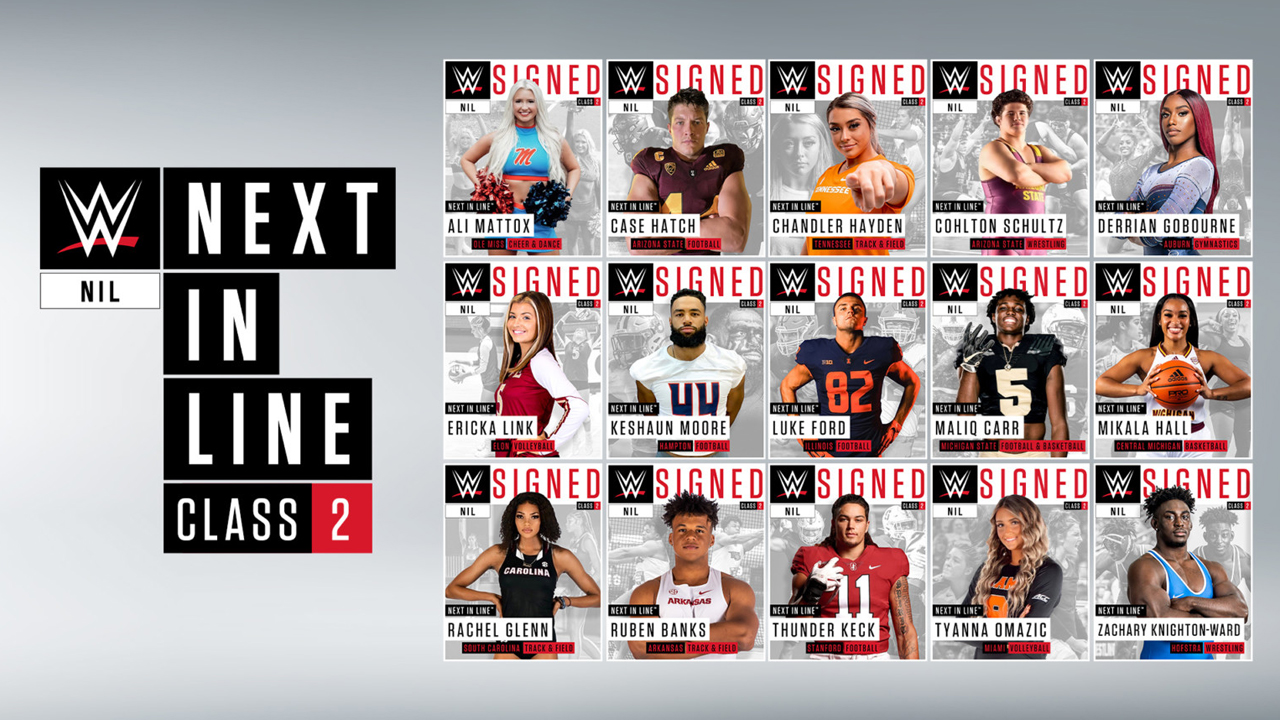 The second “Next In Line” class includes athletes from 14 universities, seven NCAA conferences, and seven sports, including representation from an HBCU program.

HAMPTON, VA- Hampton University senior linebacker KeShaun Moore (Suffolk, VA) was announced as 1 of 15 collegiate athletes to be signed to the WWE NIL (Name, Image & Likeness) program – “Next In Line™.

Today the WWE unveiled 15 college athletes who will join the company’s NIL (Name, Image & Likeness) program – “Next In Line™” – that provides a clear pathway from collegiate athletics to WWE.

“WWE is a nationally renowned brand, and this opportunity can lead to other opportunities that support my future dreams of gaining exposure for the NFL and pursuing my goals for life after collegiate athletics,” said Moore.

The second “Next In Line” class includes athletes from 14 universities, seven NCAA conferences, and seven sports, including the program’s first athletes from cheer & dance, gymnastics, volleyball, men’s basketball, and representation from an HBCU program.

“These are the opportunities that elevate our student-athletes experiences, education, network, and net worth,” said football head coach Robert Prunty. “Keshaun is an extraordinary young man on and off the field. I’m excited for him because he is continuously leading by example and raising the standards of excellence for Hampton football. He is the only HBCU student-athlete in this program, which speaks volumes about the doors he has opened for himself and wants to open for others to excel around him.”

Moore has evolved on and off the field since transferring to Hampton University; he graduated this May with a B.A in Liberal Studies. He has been named to Dean’s List and Honors Society.

The Linebacker earned Big South All-Conference honors for the 2021 season and looks forward to continuing to be a catalyst for the Pirates defensive unit as Hampton enters the CAA.

The WWE’s NIL opportunity aligns with Moore’s current goals to add a Business Marketing degree to his list of accomplishments. The Suffolk, VA native sees this as an opportunity to merge his love for sports with his career aspirations while still getting to play the game he loves.

“Next In Line” has signed 31 full-time college athletes since its inception and currently has 25 active athletes following the graduation of six inaugural members from the program.

All athlete partnerships will feature access to the state-of-the-art WWE Performance Center in Orlando, Fla., in addition to resources across the organization including brand building, media training, communications, live event promotion, creative writing and community relations.

Upon completion of the NIL program, select athletes may earn an exclusive opportunity to be offered a WWE contract. All six athletes who graduated from the first class have either signed or are in discussion to join WWE on a full-time basis.