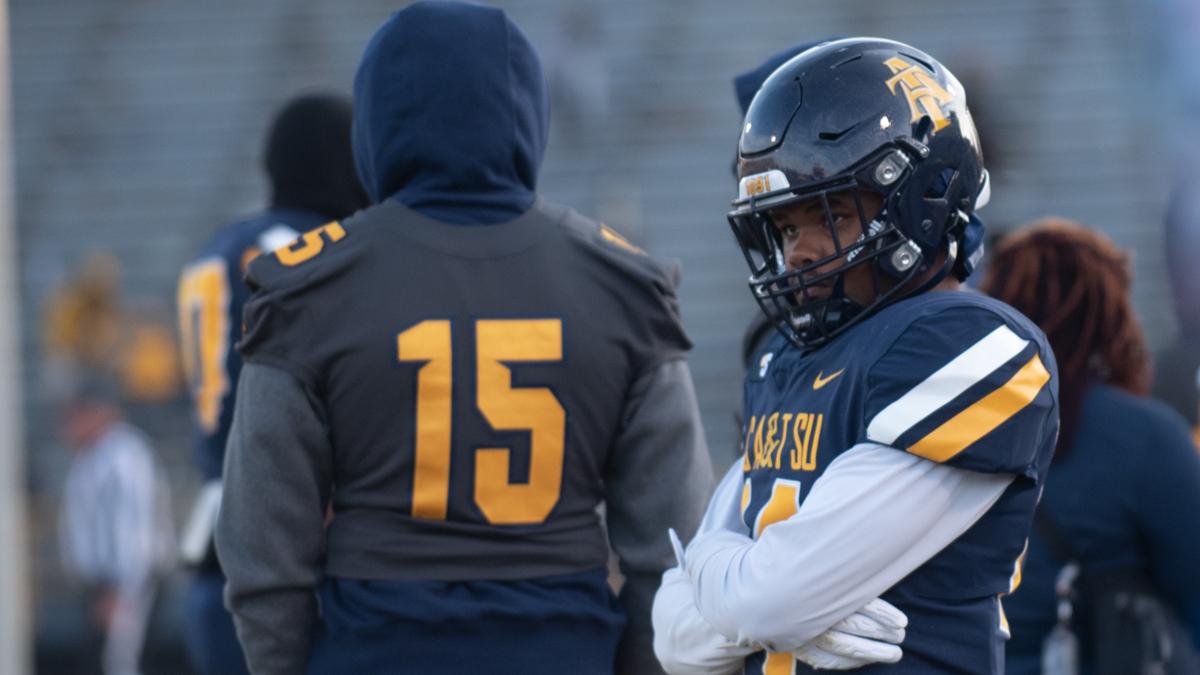 North Carolina A&T had a double-digit lead but watched it fade away as it records its first losing season in a decade.

EAST GREENSBORO, NC– North Carolina A&T appeared to have it’s home finale against Gardner-Webb under control early in the fourth quarter. But then things went quickly went south. In a big way.

Gardner-Webb went from a double-digit deficit to a double-digit lead in the span of a few game minutes, coming up with a 35-27 win on the road in Greensboro. A&T led 20-7 with 14:55 remaining in the fourth quarter after Kingsley Ifedi scrambled in the end zone to give his team what looked like a solid lead.

But GW roared back with a double-pass that went 76 yards for a score to cut into the lead with 14:02 remaining in the quarter. A&T would fumble the ensuing kickoff, leading to a short rushing touchdown for Bailey Fisher. The extra-point gave GWU the 21-20 lead with 13:44 remaining.

The Aggie offense failed to respond, so Bulldogs running back Narii Gaither did. He scored back-to-back receiving touchdowns with 7:13 and 4:53 remaining to help the Bulldogs take a 15-point lead.

A&T’s Aaron Harris would respond with a 99-yaard kick return to make it a one-possession game, but I was unable to get back into the end zone.

Gaither had a huge day with 185 yards of total offense, including 104 yards on 11 catches.

The Aggies had just 168 yards of total offense while the Bulldogs had 415. The Aggies were hit hard by penalties, compiling 12 for 144 yards. Two of those penalties took points off the board as a rushing touchdown and a blocked field goal attempt score were both called back due to holding.

The loss end A&T’s first season as a member of the Big South with a 5-6 record. That’s the first losing season for A&T since 2011, when it had an identical record under first-year head coach Rod Broadway.