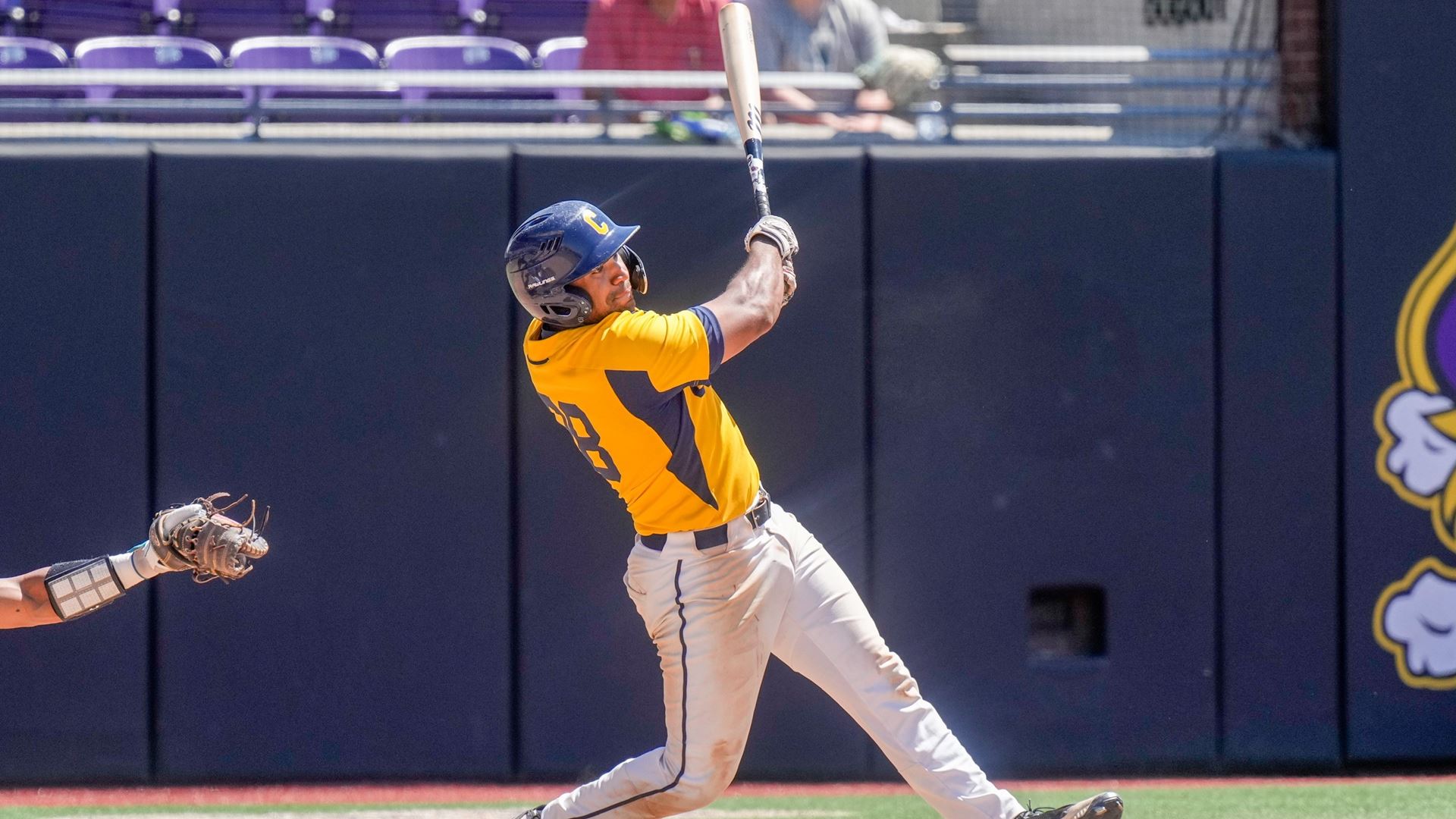 A bomb by Colin Yablonski in the ninth gets Coppin State within 2 runs but that was as close as it got.

A redshirt junior from Langhorne, Pa., Nicolas went 2-for-3 with a run and two RBI while Sebastien Sarabia recorded three base hits. Jordan Hamberg and Mike Dorcean both drew a pair of walks while Hankins’ three-run round tripper in the ninth inning was the first of his career.

Tyler Nichol went 4.1 innings in the starting nod, giving up six runs on eight hits before Rashad Ruff went the next 2.1 innings, allowing four runs while striking out three. Marcos Herrand got the final four outs, striking out two.

Coastal got out to an early lead with a run in its half of the first but Nichol kept the game in check as he forced a double play on a lineout back at him.  After catching the liner by CCU’s top-hitter Tyler Johnson, Nichol ran the entire way to first base to double up Eric Brown.

Coppin State baseball got on the board in the second to take its first-ever lead during an NCAA Regional. The Eagles took advantage of a two-out walk issued to Dorcean, and Nicolas made the Chanticleers pay with a two-run home run to left field.

The Chanticleers threatened in the bottom half, but once again, Nichol forced a routine 4-6-3 double play to get out of the jam unscathed.  A single by Sarabia in the fourth marked the only base runner for Coppin State baseball over the next two innings and Coastal tied the score at 2-2 with a run in the third before putting a three-spot on the board in the fourth to take a 5-2 lead.

Nicolas led off the fifth with a single and stole second, before advancing to third as Wellington Balsley slid feet first to beat out an infield single with one out.  The rally was cut short as Nicolas was doubled up trying to score as the second baseman ranged out to shallow right center.

A home run by Coastal Carolina in the fifth ended Nichol’s day after 4.1 innings and Ruff shut the door, fanning Dale Thomas to end the inning.

Ruff plunked the leadoff batter to start the sixth, but a lineout to Sarabia at first base marked the third double play made by the Eagles defense.  Unfortunately, CCU put a run across just after on a home run, extending its lead of to five runs.

After striking out the first two batters of the seventh, Ruff allowed a walk and thought he got out of the inning on a caught stealing.  However, a replay overturned the call and Ruff lost his command with a pair of wild pitches which allowed another runner to score. Back-to-back walks ended his outing as head coach Sherman Reed turned to the freshman, Herrand, trailing, 8-2.

Matt McDermott welcomed him with a two-run triple to the gap in right center to complete the cycle before Matt Day made a highlight-reel catch in centerfield to end the inning.

After Herrand tossed a scoreless eighth, the Eagles made a last-ditch rally in the ninth.  Sarabia and Tyler Lloyd sandwiched a walk issued to Marcos Castillo.  Toran Smith was hit by a pitch with the bases loaded before Nicolas was robbed of a base hit by the second baseman.  Wild pitches then allowed Castillo and Lloyd to score to make it a 10-5 ballgame before Hankins took new pitcher Colin Yablonski yard to left field for his first career home run.

With the deficit now just two runs, CCU made another pitching change.  Hamberg was also plunked by a pitch before Sarabia collected his third base hit of the game, bringing the potential go-ahead run to the plate.  Castillo’s ground ball to shortstop was then thrown to third for the final out of the game.