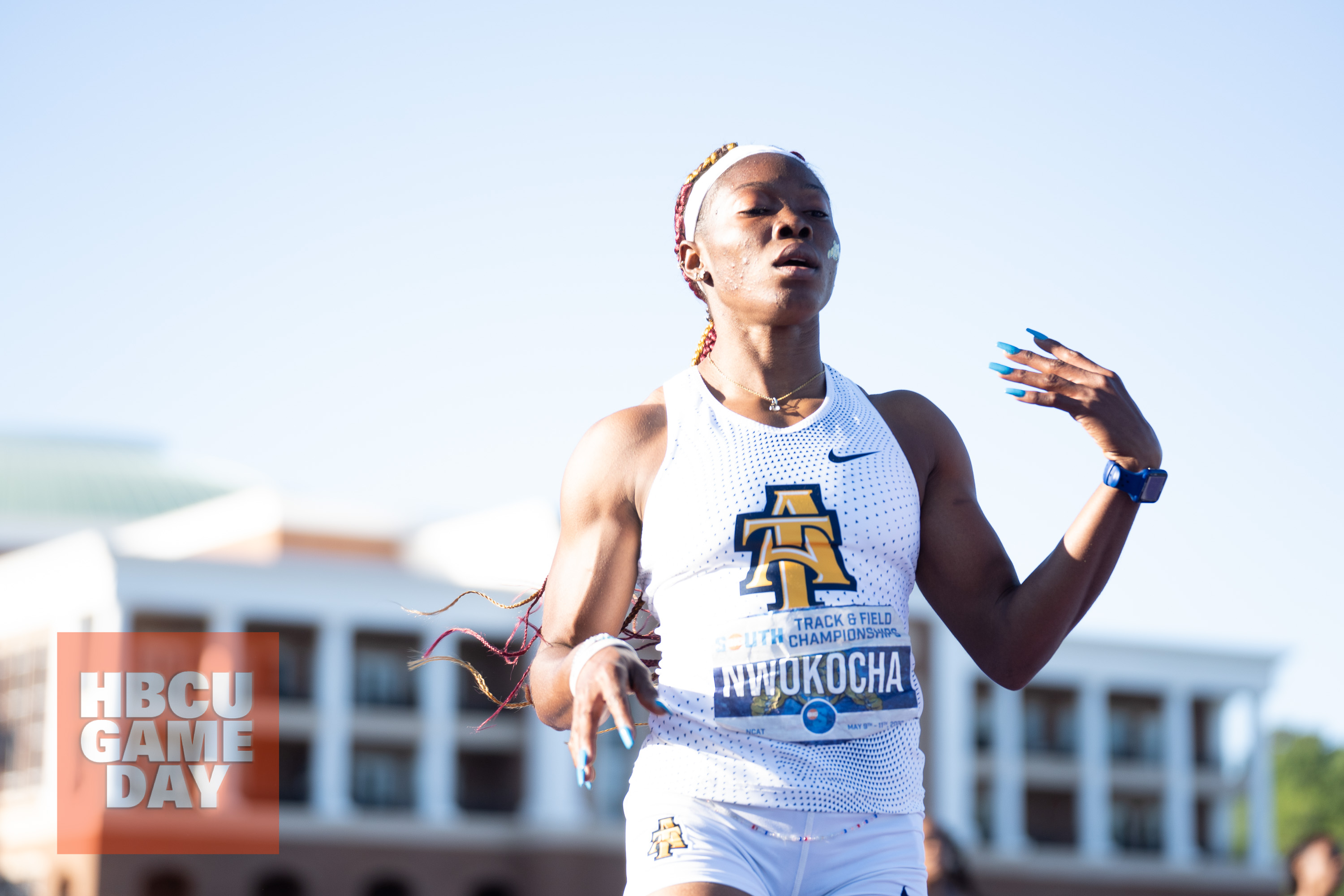 North Carolina A&T’s Grace Nwokocha and Howard University’s Jessica Gbai both put up solid showings in the 100m and 200m dashes to advance to Saturday. Nwokocha ran a 11.08 to win her heat and claim the third fastest time in the 100m preliminary. She also won her heat in the 200m dash, recording a 23.07 time that was good for sixteenth overall.

Both A&T and Howard had other contributors advance as well. A&T’s Paula Salmon clocked the second fastest time in the 100m hurdles, registering a 12.84. Howard’s Kaya-Rae Dunbar also advanced, clocking in a 13.48 to place 20th overall in the event.

Howard’s Ozima Scott tied A&T’s Delecia McDuffie for 15th place in the 400m as both registered a 52.49 to advance. Also moving forward is Coppin State’s Latifa Ali, who ran a 52.85 to qualify with the 20th best time.

Howard’s Jessica Wright ran an impressive 57.62 in the 400m hurdles to win her heat and give her the third best time in the field. Hampton’s Amira Aduma qualified for Saturday as well, running a 59.08 to scoop up the 23rd spot.

A&T’s Ayoola Gbolade was the lone HBCU competitor to advance in the 800m, running a 2:05.31 to place 16th amongst the competitors.

The women’s NCAA Track and Field Outdoor East Regionals will conclude on Saturday. The men will compete on Friday.