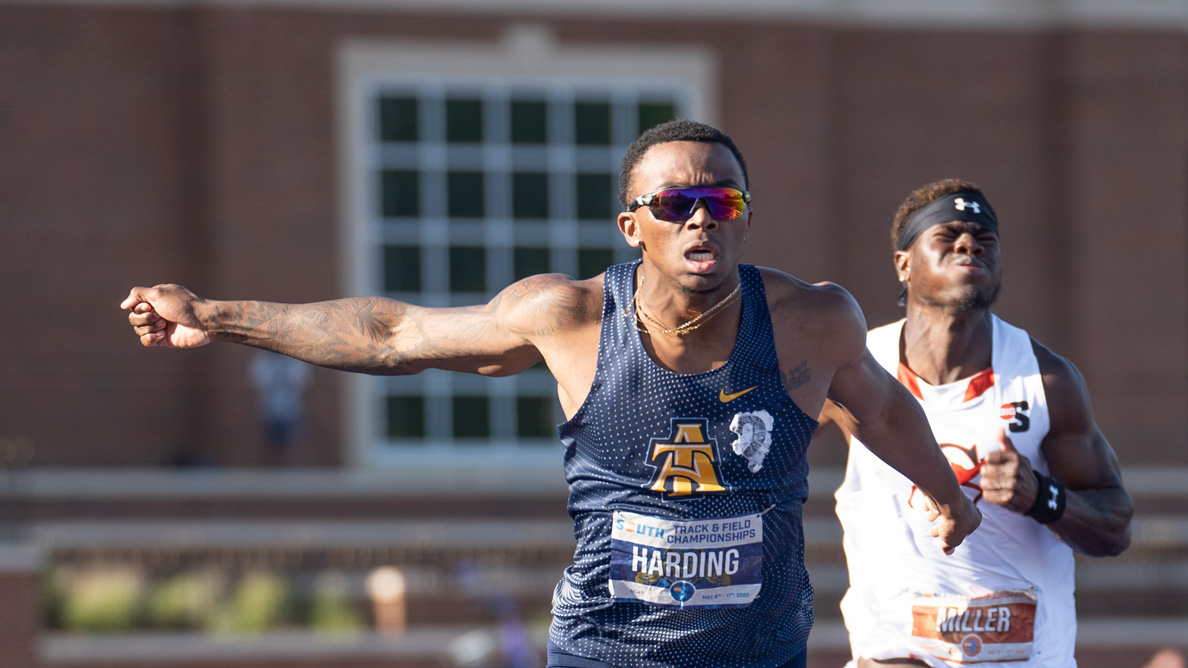 The first day of men’s competition in the NCAA Track and Field East Regional is in the books and HBCU stars advanced.

The first day of men’s competition in the NCAA Track and Field East Regional is in the books and HBCU stars advanced to Friday’s quarterfinals in Indianapolis, IN.

North Carolina A&T sophomore Javonte Harding set the pace in the 200m dash, running a 20.21 to win his heat and head into Friday as the favorite. Harding has already claimed the indoor 200m title earlier this year. Coppin State’s Joseph Manu advanced as well, clocking in at 20.47 to place ninth overall. Alabama State’s Matthew Clarke qualified as well, clocking in at 20.66 to place 17th.

Three HBCU stars were among the 24 to advance in the 110m hurdles. Rasheem Brown (10th) and Corey Poole (17th) advance to Friday, as did Howard’s Dylan Beard (21st).

Olympic gold medalist Randolph Ross Jr. was one of three NC A&T sprinters to qualify in the 400m dash, clocking in at 45.86 for the fifth fastest qualifying time. Teammate Reheem Hayes finished just behind him at 46.02. A&T sophomore Shemar Chambers finished 10th with a 46.16.

Hampton freshman Dugion Blackman advanced to Friday with a 1:49.39 time, good for 18th in the field.

Also advancing was A&T Brandon Hicklin, whose best jump of 7.8 was fourth among all participants.

The first day of women’s the NCAA Track and Field East Regional will take place on Thursday in Indianapolis, IN.