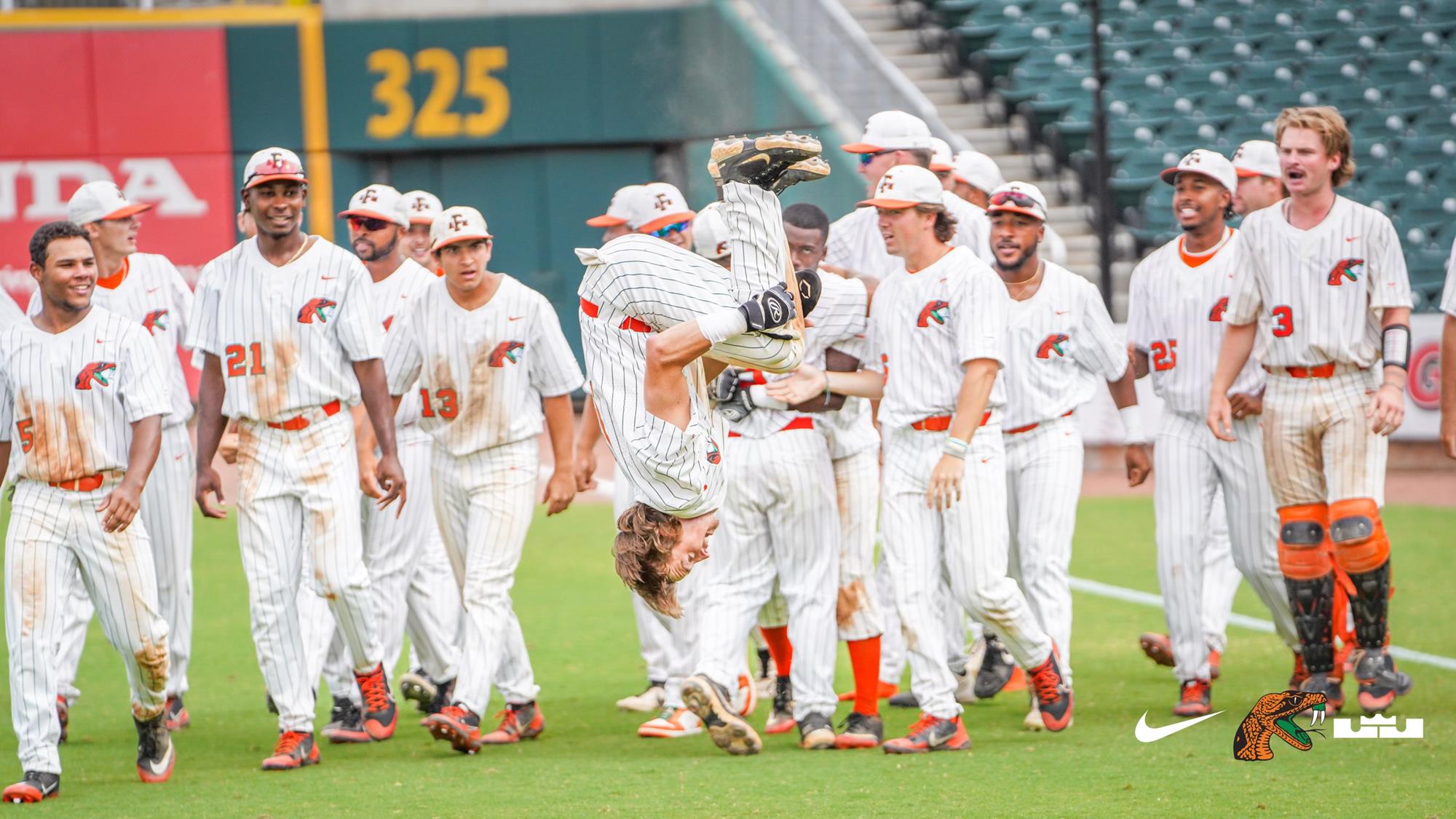 Florida A&M’s Ty Hanchey scored the game winner with the assistance of a single through the right side of the field by fellow teammate Robert Robinson.

BIRMINGHAM, Ala. – In a thrilling ten inning contest the Florida A&M Rattlers outlasted the Prairie View A&M Panthers by a score of 5-4 to advance to the next round of the 2022 SWAC Baseball Tournament at Regions Field.

Florida A&M’s Ty Hanchey scored the game winner with the assistance of a single through the right side of the field by fellow teammate Robert Robinson.

“That was a heck of a ballgame,” said head coach Jamey Shouppe. “We’re just happy to get the win. Anything can happen in tournament play. A little momentum will most certainly help. I’m happy to get that [momentum] and hopefully we can roll with it.”

B9 | Adam Haidermota was walked. Jalen Niles entered as a pinch runner for Haidermota. Niles advanced to second from a wild pitch by Hunter Viets. Niles advanced to third after Evan Badger grounded out to PVAMU’s short stop Trevino. Will Brown bunted to the pitcher to make it first as Niles came in to score (4-4).

B10 | Hanchey singled to left field. Bryant singled to center field and Hanchey advanced to second. Robinson singled through the right side of the field to bring in Hanchey (5-4, FAMU).

Up Next
Florida A&M (E2) will now match up against the winner of game three featuring Southern (W1) vs. Jackson State (E4) tomorrow, May 26 in the 2022 SWAC Baseball Tournament.