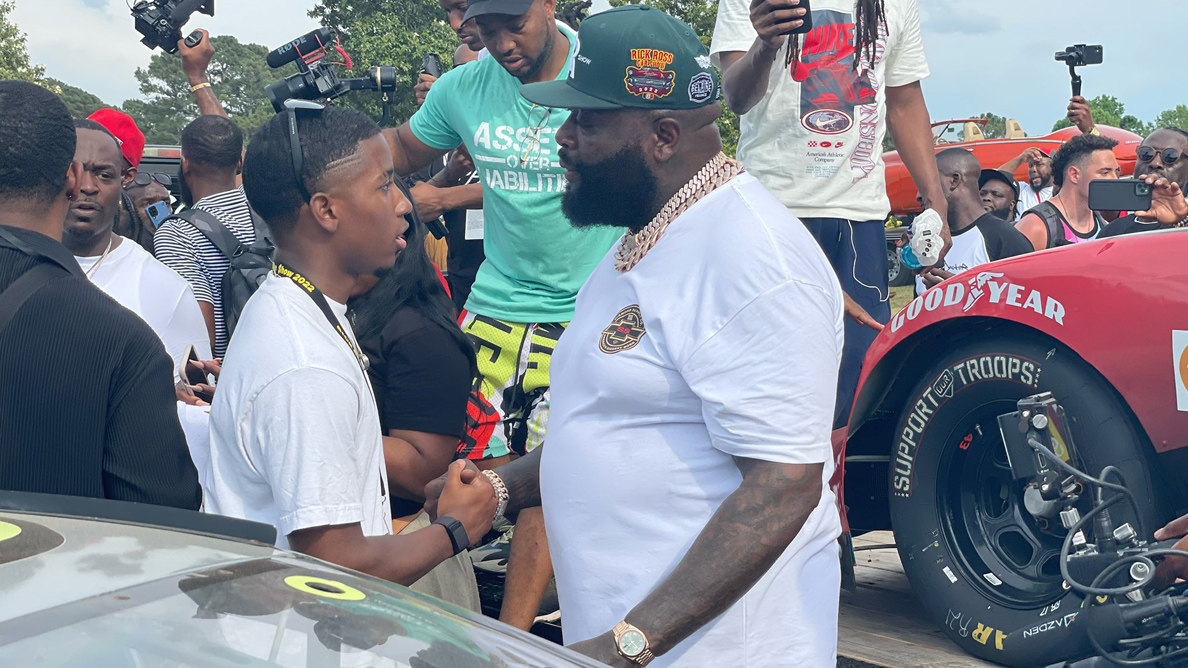 Winston-Salem State student and NASCAR driver Rajah Caruth got to meet Rick Ross on his weekend off.

Rapper Rick Ross hosted a car show over the weekend and over 4,000 guests showed up, including one who spends a lot of time in a race car.

NASCAR driver Rajah Caruth was one of the thousands of guests who attended the car show on the 235-acre property in Fayetteville, Georgia. The Winston-Salem State University student chatted with the hip-hop star for a few moments and posed for a photo with his father.

The Rick Ross event featured a mix of exotic (Lamborghini Murcielago) cars as well as vintage ones, and even a tank.

The 19-year-old Washington, DC native is one of only three active black drivers in NASCAR and just eight in the sports’ history.

Caruth, who is finishing up his sophomore year at WSSU, is set to represent his school on his car at the General Tire 150 in the ARCA Menards series. He previously drove a Virginia State University themed car as well.

The 150 mile/100 lap race starts at 6pm on Friday night. The race kicks off the Coca-Cola 600 Memorial Day Weekend in Charlotte. WSSU is sponsoring an alumni tailgate before the race at Gate 6 and there will be a dedicated WSSU section in the stands for the race.

Caruth is currently tied for the lead in the ARCA Menards series with fellow Rev Racing driver Nick Sanchez. He also drives on the NASCAR Xfinity circuit.