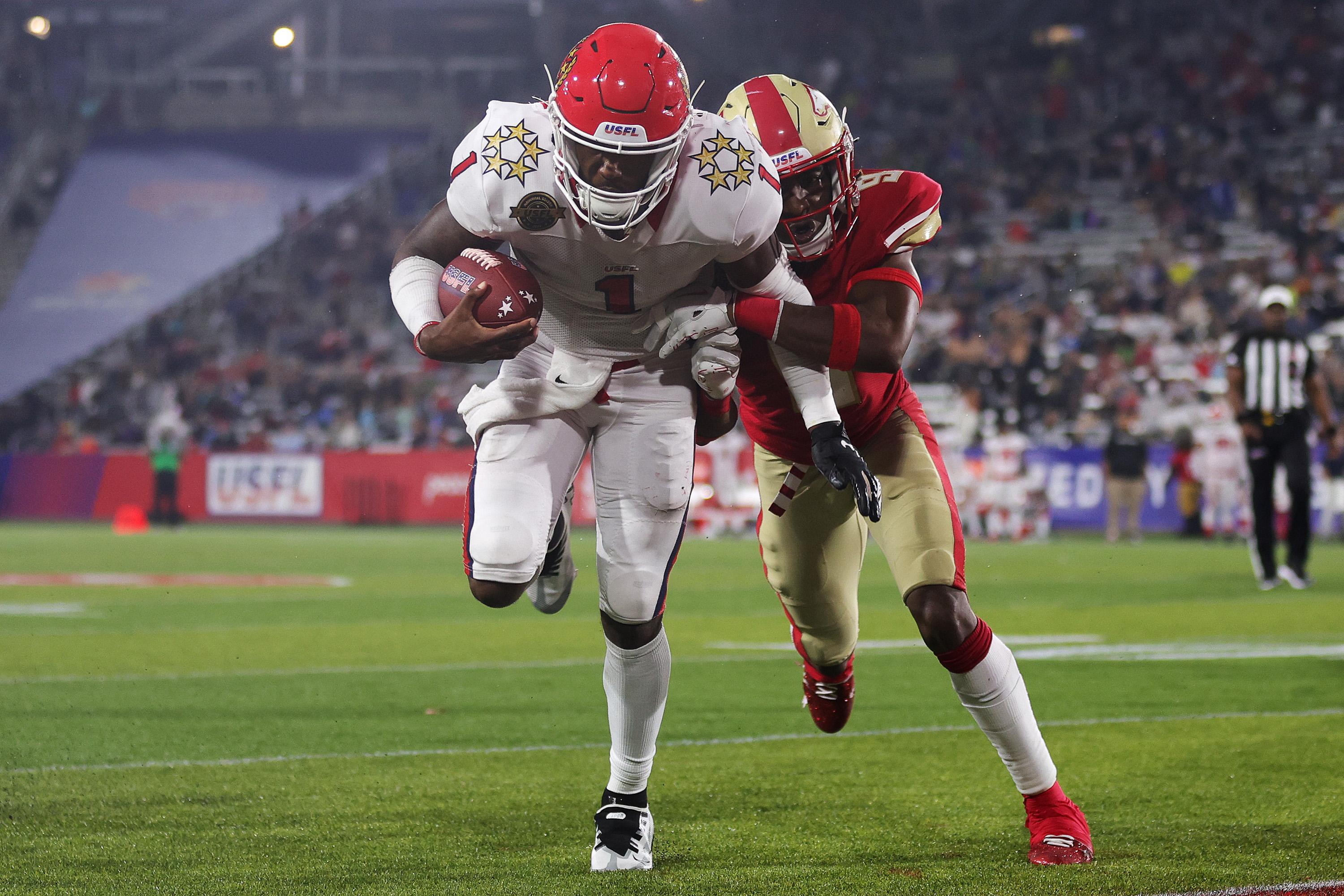 USFL- HBCU standouts from around the league

HBCU talent has been on full display through week 6.

The USFL season is six weeks in and there have been several former HBCU players standing out in the league.

Nigel Chavis had two solo tackles in a 26-16 win over the Pittsburgh Maulers in week six. Chavis has tallied eight tackles and a partial sack so far this season for the New Orleans Breakers. Chavis also had a big fourth-quarter blocked punt in week three that was a finalist for the special teams’ play of the week.

The New Jersey Generals are 5-1 on the season and have one of the most explosive offenses in the USFL. This is credited to a great offensive line featuring Calvin Ashley. Ashley has consistently been a tremendous blocker upfront for the Generals.

Terrell Bonds has 10 total tackles on the season for the Pittsburgh Maulers. He has also done some kick returning work and posted a 59-yard kick return. This is good for the 19th in the league.

Chris Rowland lit up the USFL season opener posting seven receptions on nine targets for 74 yards. His longest reception was a 22-yard haul. Rowland led both teams in receptions, targets, and yards in the opener. HE has been a special team’s ace for the Philadelphia Stars. He currently has 63 kick return yards which rank 16th in the league. He also has 133 receiving yards on offense which is good for 27th in the league.

De’Andre Johnson is having himself a season with the New Jersey Generals. Johnsons’ 600 passing yards and 273 rushing yards both rank seventh in the league. His four rushing touchdowns rank second in the league and his two passing touchdowns are a top ten mark.

USFL- HBCU standouts from around the league