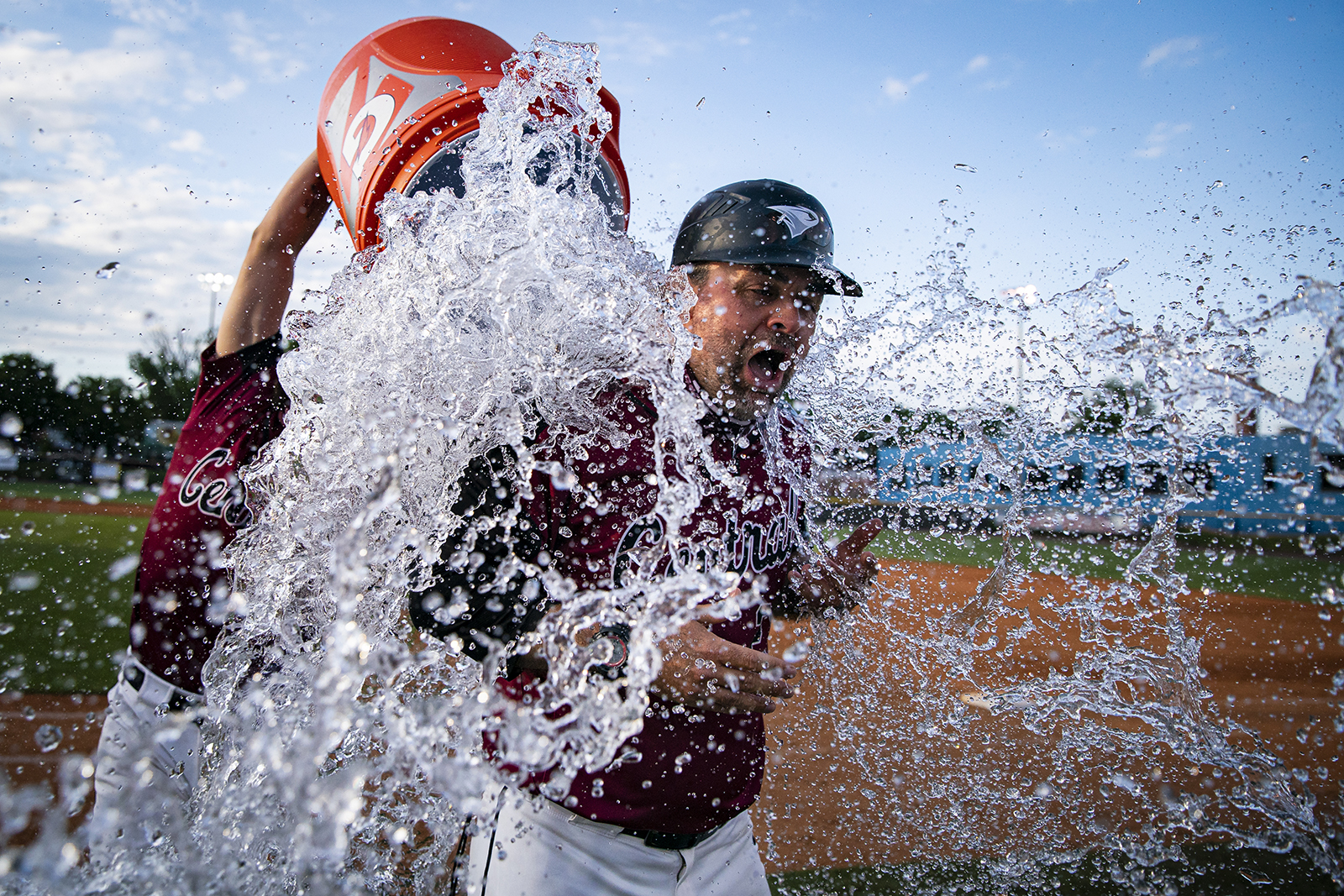 As part of the installation, 18 banners, measuring 4 feet by 8 feet, will be displayed featuring Drago’s still images. Members of the public can walk the bases, meet former players, and savor a behind-the-scenes view of the Eagles’ final moments as a team.

The prolific Washington, D.C.-based photographer – and Durham native – Al Drago will host his first public art installation, focused on NC Central baseball entitled “The Last Dance,” on Saturday, May 28, at the Durham Athletic Park. The free event, which will be held on the field, runs from 10 a.m. to 2 p.m.

As the final NC Central baseball season concluded last year, Elon alumnus Al Drago ’15 remembers the raw emotions that bubbled to the surface for the team – and for himself.

At the beginning of the 2021 season, the historically Black institution announced plans to shutter its baseball program citing the “budgetary impact” brought on by the COVID-19 pandemic. It was the continuation of a national trend as the NC Central baseball was the fifth HBCU baseball program eliminated in the past four years.

When news broke of the program’s impending demise, Drago, an award-winning photojournalist based in Washington, D.C., decided to chronicle the Eagles’ final season at the Durham Athletic Park. A Durham native, Drago grew up attending minor league baseball games in the Bull City, and he started his career photographing sports.

Always drawn to compelling stories, Drago jumped at the opportunity to record the Eagles’ final act, held at a venue made famous by the movie “Bull Durham” and its fictitious slugger Crash Davis.

“I followed the Eagles through their final season, from the locker room to the dugout, to their dorms playing Fortnite, to the road for away games,” said Drago, explaining just how embedded he became with the team. Due to the team’s COVID-19 protocols, Drago was tested three times a week, just as the players were.

The close confines of the NC Central baseball dugout, locker room and other facilities helped build a quick camaraderie between Drago and the collegiate roster.

“The players and I immediately formed a bond,” he said. “We both took our professions extremely seriously and respected each other’s roles. When it was all over, the players and I were stunned. We knew it was coming at some point, but when the moment arrived it was just as shocking. There were plenty of tears to go around.”

Drago’s project documenting the Eagles’ final season culminates Memorial Day Weekend with the photographer’s first public art installation – fittingly on exhibit at the Durham Athletic Park. Titled “The Last Dance,” the free exhibition runs on Saturday, May 28, from 10 a.m. to 2 p.m. No tickets are required for entry. The park is located at 500 W. Corporation Street in Durham. For more information, visit www.lastdancedurham.com.

As part of the installation, 18 banners, measuring 4 feet by 8 feet, will be displayed featuring Drago’s still images. Members of the public can walk the bases, meet former players, and savor a behind-the-scenes view of the Eagles’ final moments as a team.

“This is a love letter to my hometown,” Drago said. “I grew up in the Bull City, and some of my first memories growing up are from attending Durham Bulls games. I am unbelievably excited to host my first gallery opening in my hometown where I began my career. I hope the Durham community and beyond gets a chance to experience this homage to Black baseball in the Bull City.”