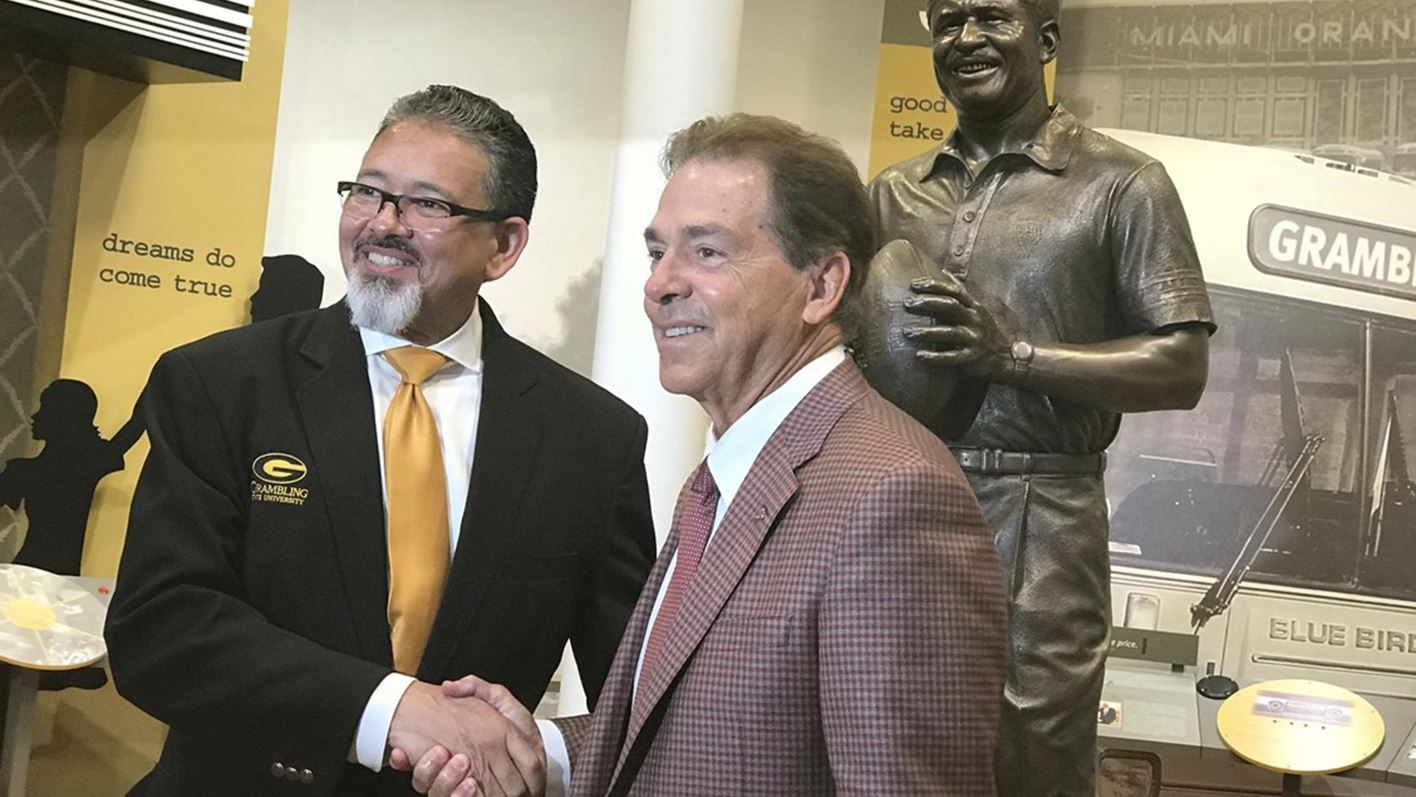 Nick Saban said he’s reached out to Deion Sanders and Jimbo Fisher to apologize for singling people out.

Nick Saban has issued an apology for calling out Texas A&M and Jackson State as paying players via NIL.

The legendary Alabama head coach spoke in an ESPNU SirrusXM interview on Thursday, just hours after his comments shook the college football world.

“Well, first of all, I should have never really singled anybody out. You know, that was a mistake and I really apologize for that part of it,” Saban said. But I’m not against name, image and likeness. I think it’s a great thing for players. Our players made a lot of money last year with name, image and likeness, but I told our players to get an agent, get representation, make what you can make. Players have always been able to work and I think that’s a good thing. I think the issue in college athletics in general now is, you know, there’s a whole system of collectives and people raising money to basically pay players to come, whether it’s to come to their school or pay the players that are on their team.

Saban says he’s reached out to apologize to both Deion Sanders and Texas A&M head coach Jimbo Fisher. “I reached out to them. Never got a response but you know, I feel bad about it. But I’m not changing my philosophy. I look at the betterment of college football, what is good for the game.”

Sanders called Saban’s statement a lie as soon as he saw it and promised a response. Hunter laughed at the idea that he could have been given a million dollar deal when his mother lives in a three bedroom house with five children.

“I have a lot of respect for Deion Sanders,” Saban said at the time. “He’s a good coach. He’s a good guy, was a great player. Has got a great personality, and I enjoy doing commercials with him. But it’s not for me to comment on who makes what decisions to go where based on what circumstances. He got a great player, and I think that’s good for his program. I’m not really going to make any comments about what happened. I don’t really know the background or the details of what happened there. But everybody has the right to make those choices and those decisions. That’s why it’s America. Everybody has freedom of choice. I’m happy for him that he got a great player.”