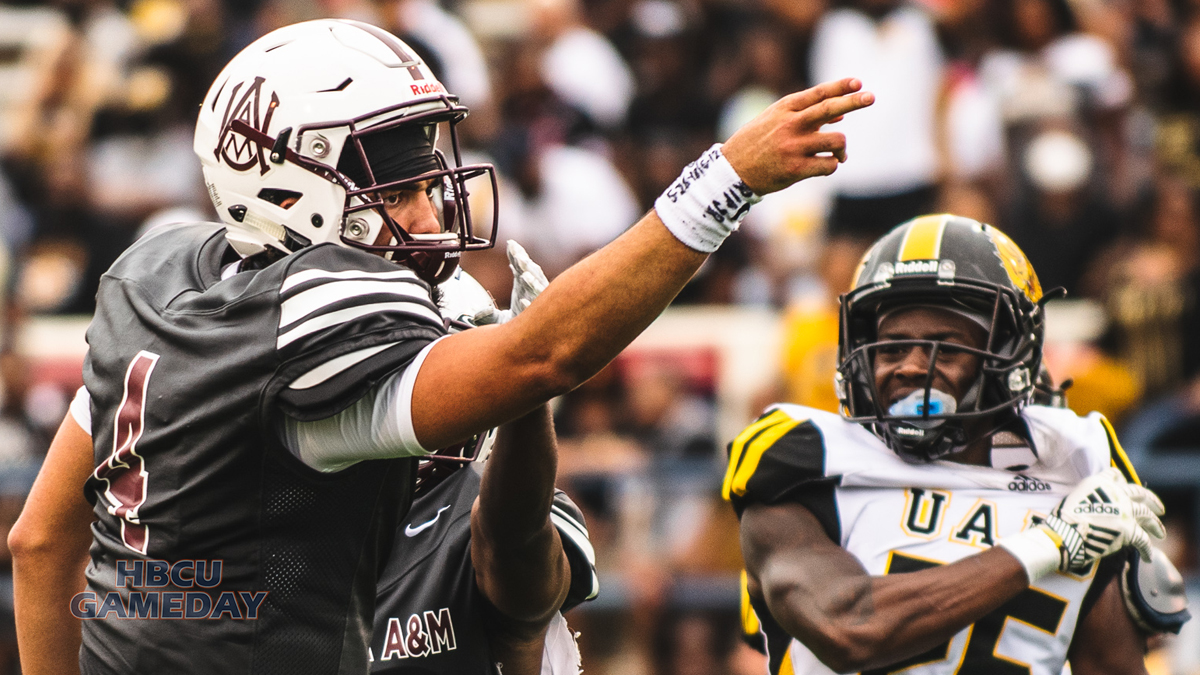 Only one team showed up to pro day for Aqeel Glass, and it wasn’t the team he signed with. But all he wants is a chance.

A year ago, many in the HBCU world thought Aqeel Glass just might be the one to break through. The first quarterback from an HBCU to get selected in the NFL Draft since Alabama State’s Tarvaris Jackson was picked back in 2006.

Despite a stellar final campaign at Alabama A&M last fall as well as a solid performance in the East-West Shrine Game, Glass only had one pro team show up at his pro day. The Tennessee Titans came to check out Glass, but after the Titans picked up Malik Willis in the third round, it became pretty apparent that Glass would have to take the hard road to earn his spot in the NFL. Glass will enter rookie minicamp this weekend with the Tampa Bay Buccaneers.

“I thought he would get a little more love, but I wasn’t surprised, only because of his pro day,” AAMU head coach Connell Maynor told The Athletic. “All he needs is an opportunity. If you’re drafted late or sign as a free agent or go to minicamp, to me it’s pretty much the same thing. He gets to show that he has everything he needs to play in the league. I think Tampa’s the perfect team, the perfect system for him to learn and have an opportunity to play after (Tom) Brady.”

Bucs minicamp goes through Sunday. Tampa Bay already has a stacked quarterback room with four veterans under contract — Blaine Gabbert, Ryan Griffin and Kyle Trask along with some veteran named Tom Brady. Bucs Quarterback coach Clyde Christensen spoke about what he hopes to see from Glass.

“I didn’t go overly in-depth with him but we thought he’d be a guy who would be fun to look at. Same thing,” he said. “Some of these auditions aren’t even for this year, they’re for down the road — and they really are auditions — especially at the quarterback position because we are deep there. But I thought he was kind of an exciting guy to take a look at. We’ll get a great look at him during the rookie minicamp this weekend and we’ll go from there.”

Aqeel Glass knows that the odds are against him, but he’s looking to control what he can control and show that he is an NFL quarterback.

“I just want to come in, compete and be a leader,” he said. “I want to learn the playbook fast. Coming from a smaller school, especially an HBCU, guys are going to say, ‘He might not be able to process information as well as other guys.’ So it’s just coming in and getting a grasp of the playbook, making sure I know it like the back of my hand and am able to teach others as well.”