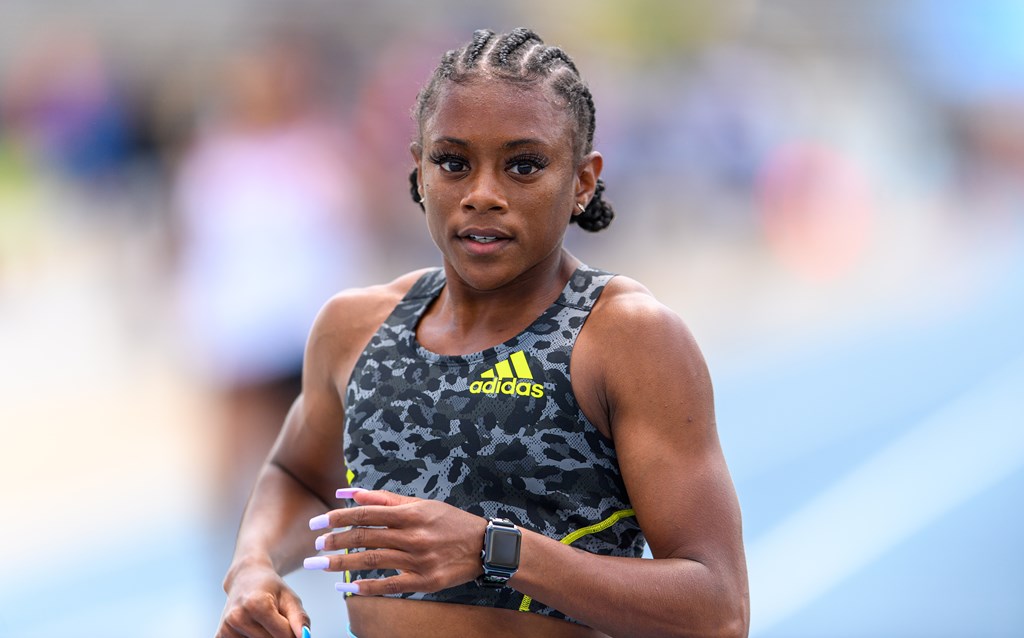 Former NC A&T sprinter Cambrea Sturgis, now running for Adidas, ran the top time of the year in the 100 meters at the weekend’s Aggie Classic that showcased the current and past champions from the program.

NC A&T tracksters, past and present, showcased their talents before a home crowd this past weekend at the Aggies’ Truist Stadium.

Dubbed the Aggie Classic, the meet primarily featured both college and pro competitors from around the state of North Carolina. The real treat was seeing NC A&T head coach Duane Ross’s current and former Aggies display their world-class skills and his seniors perform on their home track for the final time.

NCAA 100- and 200-meter outdoor champion Cambrea Sturgis, who turned pro after her scintillating double victories at the 2021 national championships, was most impressive. Sturgis, now of team Adidas, showed speed and acceleration as she powered to a world-best time of 10.87 in Saturday’s 100 meter final. Her time bettered Jamaica’s five-time Olympic champion Elaine Thompson-Herah’s mark of 10.89 run a week earlier at the Golden Games in Walnut, California.

Thompson-Herah made history as the first woman to win back to back Olympic sprint doubles when she retained her 100 and 200 meter titles in Tokyo.

This was Sturgis’s second fastest officially recorded 100 time ever behind her record time of 10.74 in last year’s NCAA finals. Former Aggie Kayla White, who won the 2017 NCAA 200-meter indoor title and now runs for Nike, finished behind Sturgis in 11.13. A&T senior Kamaya Dubose-Epps was third in 11.31.

Senior long jumper Brandon Hicklin perhaps had the best day among the current Aggies. He jumped a personal-best 26-feet, 10-inches to win the competition on Friday. The leap is almost a foot better than his previous high of 25-feet, 11 1/2 inches that he soared to finish fourth in last year’s NCAA Outdoors. His new best is the No. 1 jump in the country this season.

Olympic 4×400 gold medalist Randolph Ross, Jr. did not compete in his specialty, the 400 meters. Instead, he got in speed work as he posted a 20.51 time to win the 200 meters. Former Aggie Akeem Sirleaf, who teamed with Ross and two others last season to win the NCAA 4×400 national title, finished third in 20.82.

A&T senior Delecia McDuffie ran 22.89 to come through with a first place finish in the women’s 200 meters just ahead of graduate teammate Symone Darius (23.02). Both times are near the qualifying times for the upcoming NCAA East Preliminary Round. Freshman Pebbles Scott finished fourth in 24.18.

East Preliminary Round, NCAA Outdoors – May 26-29 – Bloomington, IN