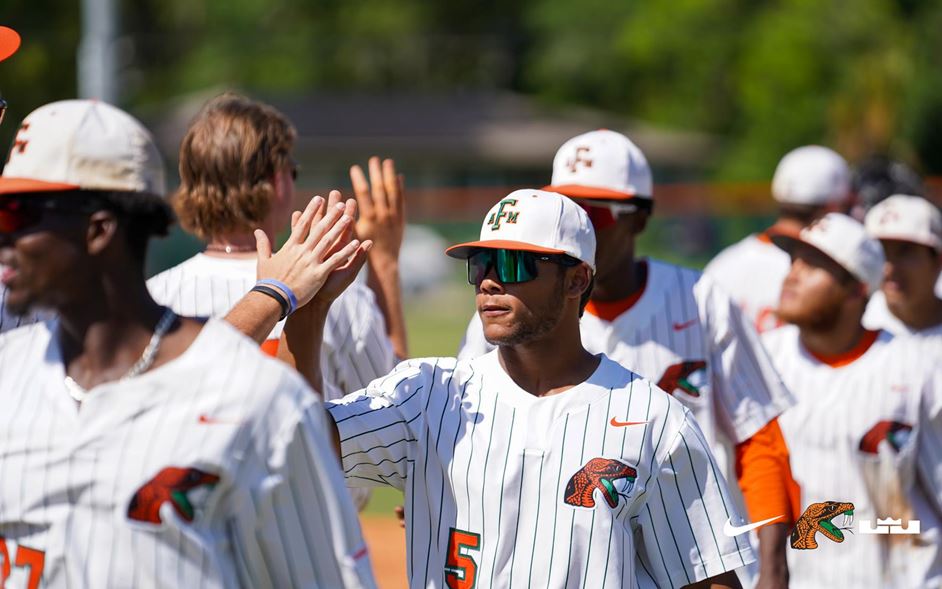 The Rattlers victories over the Hornets moves them to first place in the SWAC Eastern Division.

Tallahassee, FL | FAMU baseball (24-23, 17-6 SWAC) went 2-0 in Saturday’s doubleheader against Alabama State at Moore-Kittles, winning game one 7-5 and game two 12-5. The Rattlers victories over the Hornets moves them to first place in the SWAC Eastern Division.

In the first inning, LJ Bryant got on the board on an RBI single to take a 1-0 lead. The Rattlers added one more on a walk with bases loaded to make it a 2-0 game. At the bottom of the fourth, Jared Weber hit a solo home run to make it a 3-0 game. The Rattlers took a 5-2 lead at the bottom of the seventh on a two-run RBI by Zeddric Burnham. The Hornets made it a close game in the eighth, making it a 6-5 game.

The Rattlers and the Hornets will conclude the series tomorrow at 1 p.m.