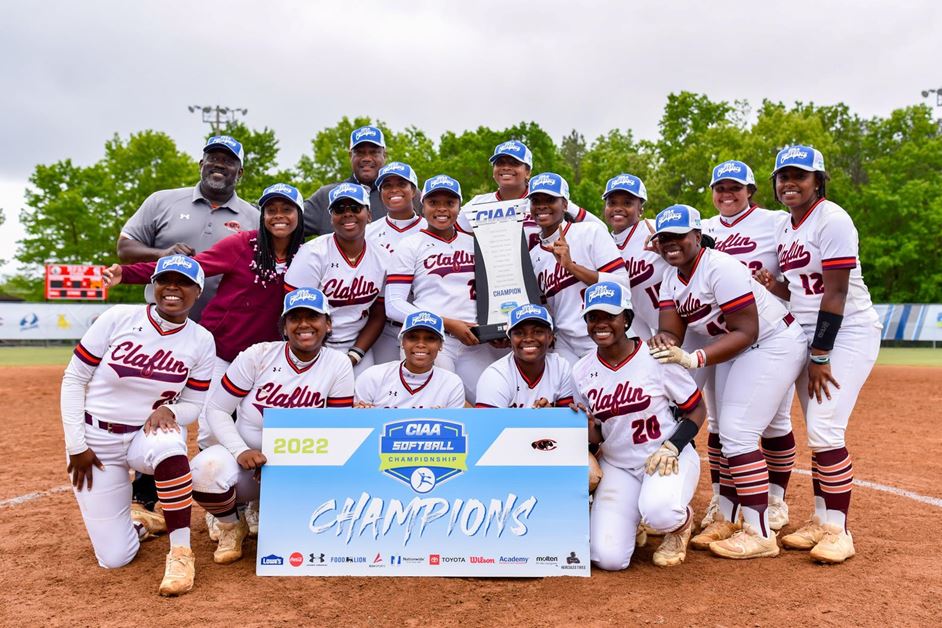 The Lady Panthers saved one of their best defensive efforts of the season for Lady Panthers. The team held the hard-hitting Bowie State Bulldogs to just two runs despite allowing five hits in the game. The Lady Panthers used some small ball to claim the win as none of the team’s seven hits were extra base hits. Claflin senior outfielder Camryn Hollis led the way when she went one-for-three at the plate with two runs scored. Junior short stop Jaelyn Jackson added a pair of RBI as well.

Claflin senior pitcher Bre’Zhay Chambers (10-5) took the pitching victory after earning the start and going all seven innings for the Lady Panthers. She finished the game with two runs allowed (two earned) on five hits with sox strikeouts.

With the win, the Lady Panthers claim the 2022 CIAA Softball Championship and the automatic qualification for the 2022 NCAA Division II Atlantic Region Tournament. The Lady Panthers will await selection for the tournament, Monday morning at 10:00 a.m. For more information on Lady Panthers softball, contact the Claflin University Office of Athletics Media Relations at (803) 535-5548 or log on to www.athletics.claflin.edu.

816
The Latest in HBCU Sports and Culture