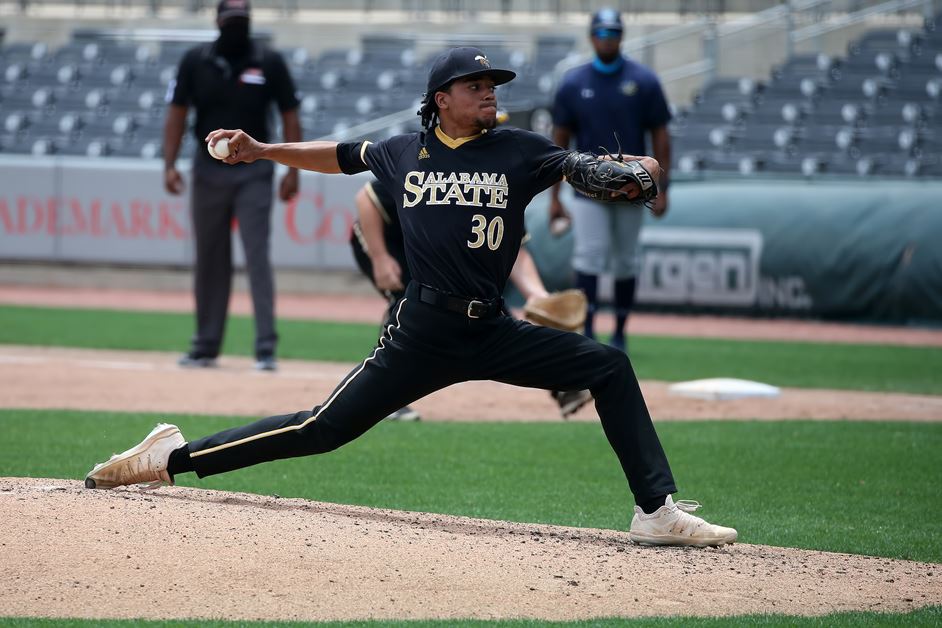 Alabama State wallops FAMU to open series on the diamond

Hornets sting the Rattlers in game one of the series.

MONTGOMERY, Ala. | Alabama State pounded out 18 hits on their way to a 16-0 win over Florida A&M in seven innings in a Southwestern Athletic Conference (SWAC) game on Friday evening.

Hunter May (Slidell, La.) had a big day for the Hornets in the opening game of the weekend series going 4-for-5 along with four runs scored and five RBI. Christian Lopez (San Diego, Calif.) also had a successful day going a perfect 3-for-3 from the plate while driving in two RBI and scoring a run. Angel Jimenez (Santo Domingo, Dominican Republic), Corey King (Lithonia Ga.), Chris Lewis (Alabaster, Ala.), and Ian Matos (Toa Alta, Puerto Rico) all picked up two hits each, and combined for eight runs and five RBI in the win.

Breon Pooler (Huntsville, Ala.) picked up the win on the mound, pitching 6.1 and allowing just three hits and just two walks and striking out six. Payton Harris (Hattiesburg, Miss.) closed the game, working 0.2 innings and striking out both batters he faced.

Alabama State wallops FAMU to open series on the diamond