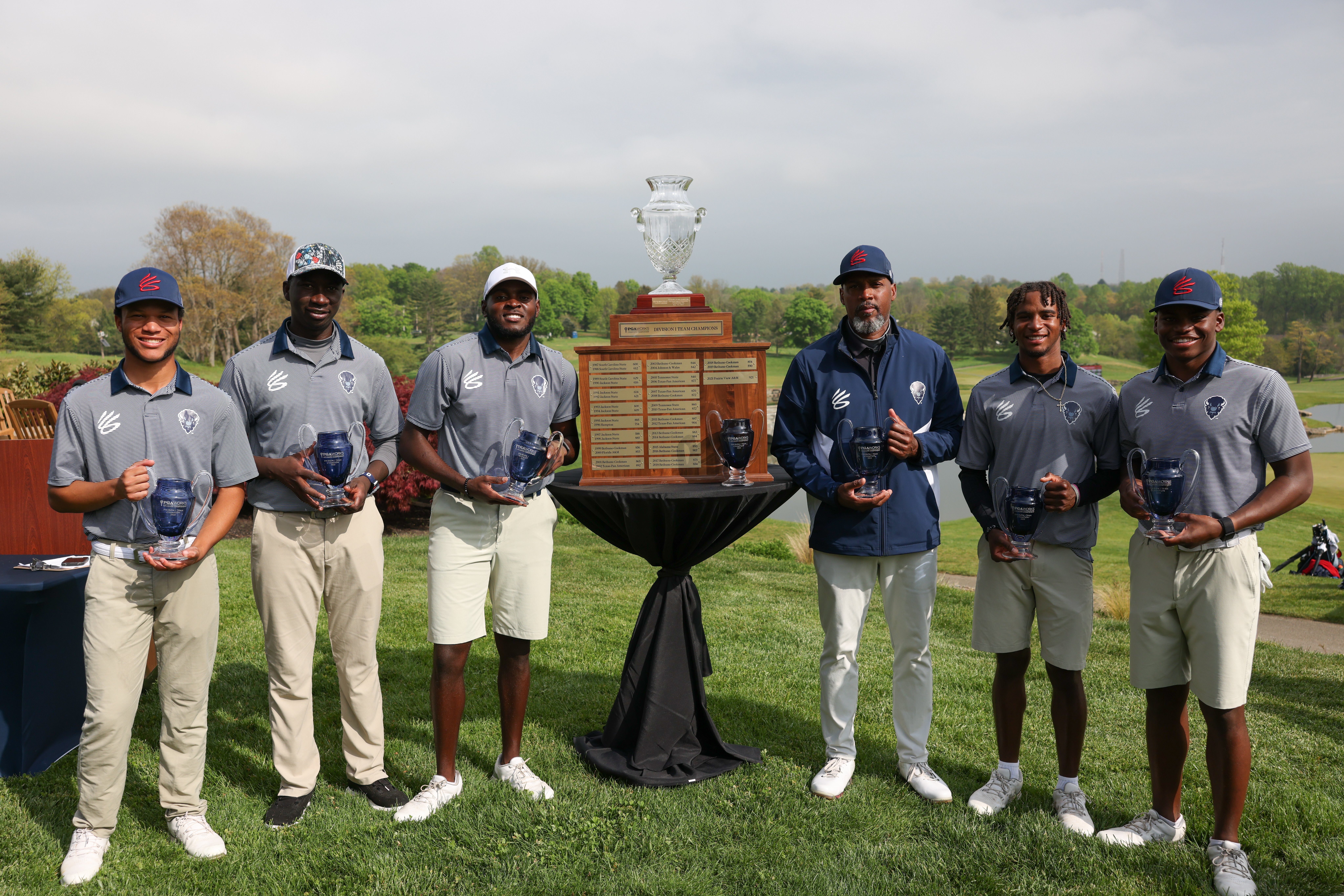 To think that two full years ago Howard University didn’t even have a program and Wednesday it was crowned HBCU Nation Champion by virtue of their win at the PGA Works Collegiate Championship is in some ways unfathomable.

Save for the fact that they have the top HBCU golfer in the country on their team and a veteran coach with a deliberate plan to make a rock solid HBCU golf program.

Sam Puryear has coached collegiate golf at the highest level and he was the right choice for Howard University to resurrect their golf program after a 40-year hiatus.

With an alley-oop from NBA Steph Curry, the Bison hit the ground running with a chunk of funding in place. Last year the Bison actually held the lead at the PGA Works for the better part of two rounds, but couldn’t overcome the surging Prairie View A&M Panthers.

This year they would be even more steady and play solid golf down the stretch to take the championship at the Union League Golf Club at Torresdale in Phialdelphia, PA.

Puryear could not contain his excitement for winning both the MEAC championship and PGA Works Collegiate Championship, which is regarded as the HBCU National Championship title within a two-week period. “I am real excited for these young men. They have persevered through a lot. It’s not just the top one or two players who helped win this.  It was an entire team effort. Every single guy played a part in this victory and that makes it all the more rewarding,” he said.

Leading the team is two-time national individual champion Gregory Odom Jr. Odom finished the tournament with rounds of 69, 71 and 68 for a three-day total of 208. Odom’s nearest competitor was teammate Everett Whitten Jr who scored a sum of 212.

Justin Green carded a 231, Joshua Siplin scored 233 and Edrine Okong came in at 234 for Howard. The Bison edged Chicago State by a single stroke to take the national championship title. Puryear credited their beliefs in helping the Bison win this championship.

“My mantra is (to) simply trust the process because God is going to make it happen when it’s supposed to,” he said. Odom will have to switch focus in a hurry.

Tomorrow he will debut on the PGA Tour on a sponsor’s exemption to the Wells Fargo Championship in Washington, D.C. He will start on the first tee with a 2:11 PM tee time. HBCU Gameday will have hole-by-hole coverage of his opening round with post-round commentary from Puryear.