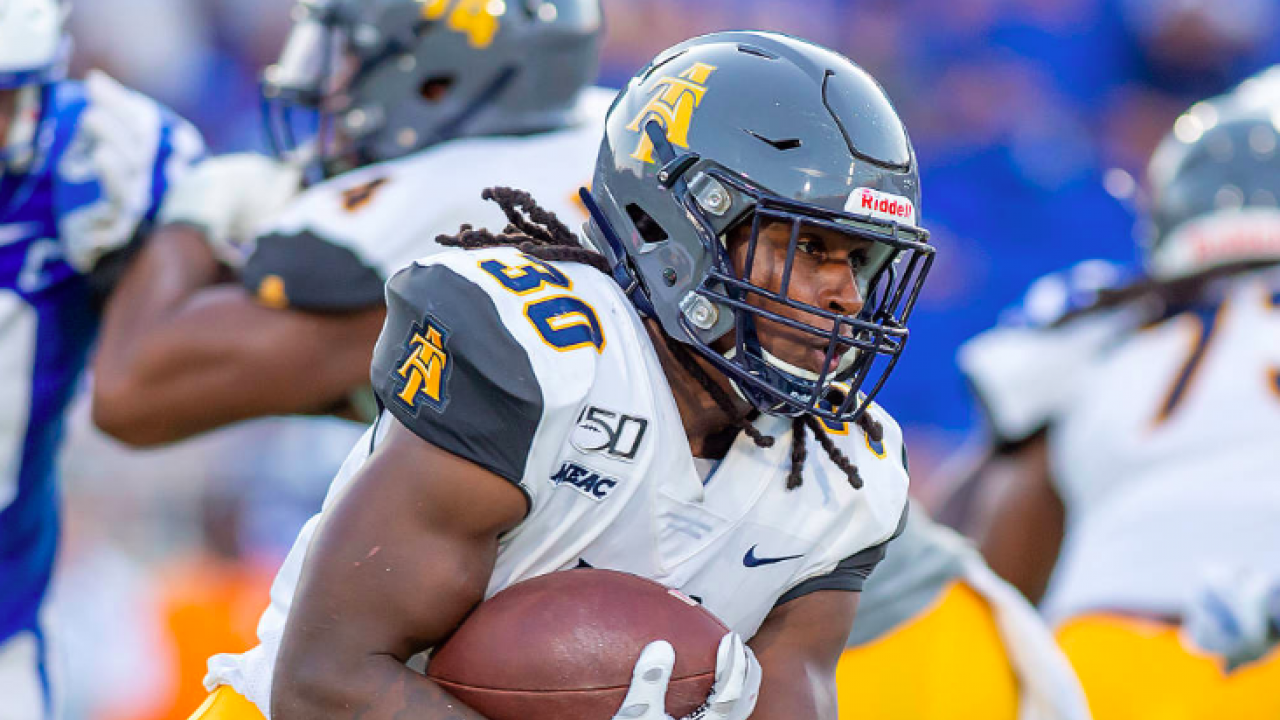 Jah-Maine Martin received a mini-camp invite with the Indianapolis Colts after a standout career at running back with the NC A&T Aggies.

The Indianapolis Colts did not draft any running backs this year which is comforting for Martin’s outlook. An NFL team usually carries three or four running backs on their final 53-man roster. The Colts did sign three running backs to undrafted free agent contracts after the 2022 NFL draft. The signees include C.J. Verdell out of Oregon, D’Vonte Price out of Florida International, and Max Borghi out of Washington State. Martin will need to outcompete them as UDFA’s typically have an easier time making the training camp roster than a mini-camp invitee. The Colts will already be returning NFL MVP candidate Jonathan Taylor and swiss army knife Nyheim Hines to the backfield.

FOCUS ON SPEED AND VERSATILITY

The Colt’s rookie minicamp will take place within the next ten days. Jah-Maine Martin will want to focus on showing off his underrated attributes to the scouts and coaches. Martin has been praised for his aggressiveness, vision, and patience in the backfield. He has been knocked for his lack of speed and production as a receiver. The Colts are an offense that is run by using their running backs in versatile ways. This includes as a pass-catcher. Martin will want to show the coaches that he has improved in his weaker areas.