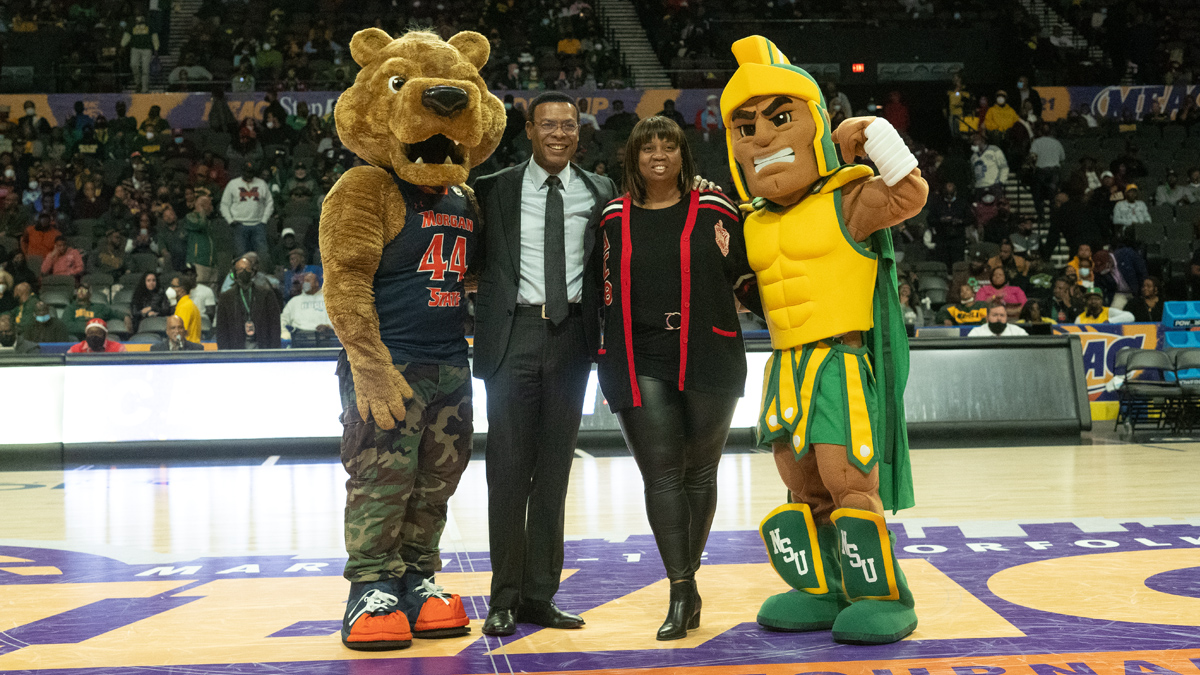 MEAC Commish says Howard is committed to the conference

Reports of the demise of the MEAC are untrue, according to commissioner Sonja O. Stills.

Stills refuted reports that Howard University is prepared to move to the Colonial Athletic Association in the near future. Stills characterized the chatter as “rumors” and stated that all eight current members of the conference are committed to working together on Dr. Cavil’s Inside The HBCU Sports Lab on Tuesday.

“There isn’t a lot of truth to the rumors,” Stills said on the live show. “The elite eight — we are committed. They have said over and over again that they are committed to the stability of the conference.”

That includes Howard, according to the first-year commissioner.

“We expect a statement to come out to re-affirm the commitment from the conference shortly,” she said. “Howard has repeatedly stated their commitment to the conference. So we really hate to have to talk about that again.”

Last month, multiple sources told HBCU Gameday that Howard was preparing to bolt for the CAA effective next summer. A high-ranking source at Howard told HBCU Gameday in February that as many as four conferences have contacted HU with interest in adding it, and sources indicated last fall that Howard leadership was involved in conversations with the CAA.

Howard’s leadership hasn’t made any public statements on conference affiliation at this point. The CAA already has two former MEAC institutions — North Carolina A&T and Hampton University — set to join this June. Stills stated that the prestige of the conference, which she refers to as the “elite eight,” means that other conferences will always be interested in its members.

In addition to retaining current membership, the MEAC is looking to expand. Chicago State’s potential acceptance into the conference was recently voted down by the presidents and chancellors despite getting approval from athletics administrators in the league, according to CollegeAD.com. Stills didn’t get into the specifics of the vote, but she did make it clear that the conference is looking for the right fit to add to its membership.

“If we are the elite eight, we’re strong as the elite eight,” she stated. “Anybody wants us at this point is wanting us because we are a strong eight and we’re going to help somebody else. But if we are committed as eight institutions — we’re strong as eight. That’s not to say we’re not looking to grow in the future. Obviously —  we are — but it has to be strategic in what we do in regards to bringing in an institution. It has to be the right fit. It has to be the right time to add an institution. But we can’t be at a place where we are just grabbing institutions just because the changing and the shifting of the landscape is going on.”

MEAC Commish says Howard is committed to the conference