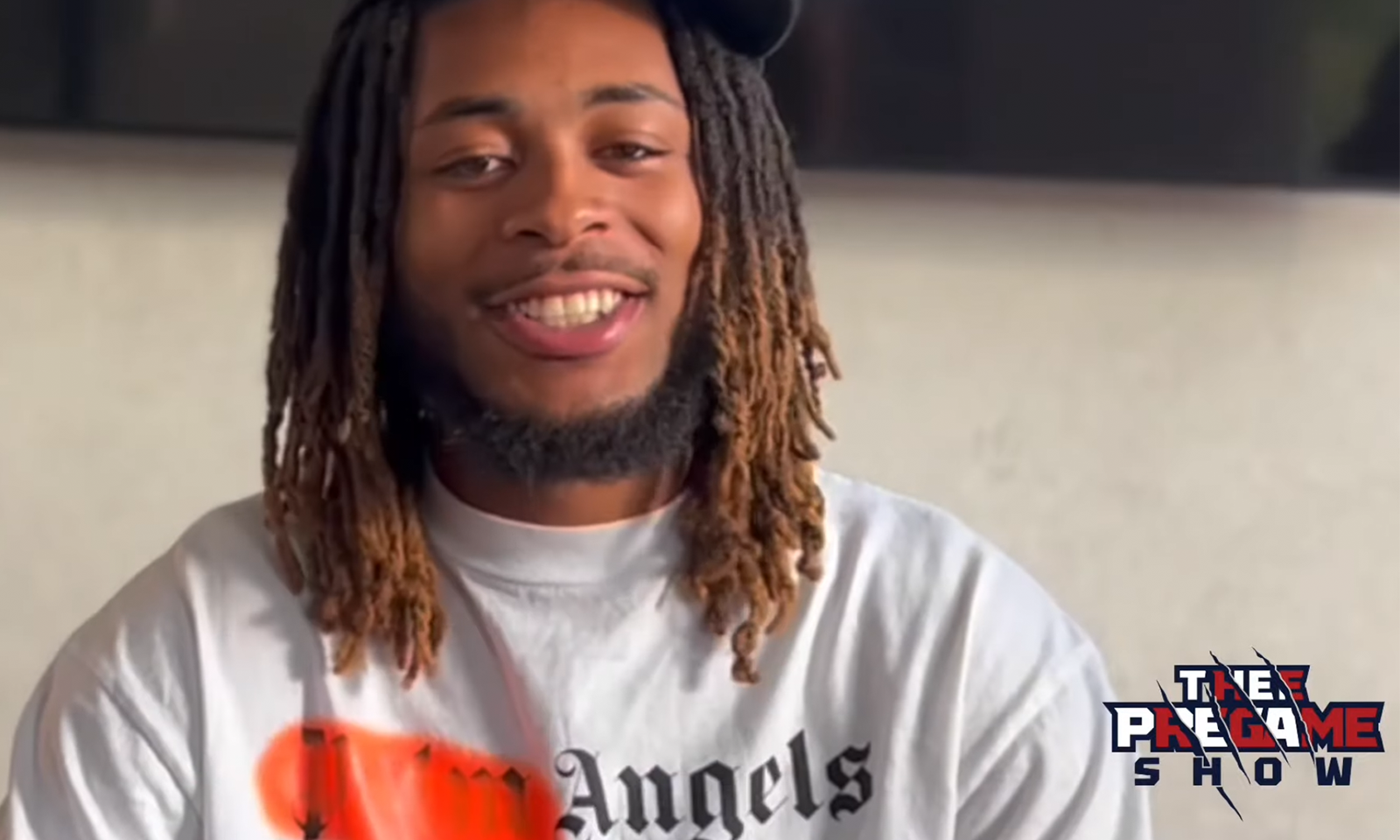 Jackson State recruit Dallas Daniels talks about his love for football and desire for competition.

Wide receiver Dallas Daniels has committed to Jackson State as a graduate transfer from Western Illinois University. Originally from Dayton, Ohio, Daniels sat down with hosts Chris Neely and Charles Bishop of Thee Pregame Show to talk his love for the game and desire for friendly competition with his new teammates.

“So what are you most looking forward to?” Neely asked.

“I want to see how the guys get out there,” Daniels said. “Watch and evaluate everybody in my position and stuff, see what they need and everything.”

“So in other words you’re looking at who to pick off?” Neely asked.

Wherever You Want Me, I Can Play

“I think my best asset is my route running,” Daniels said “Creating separation between all my routes, that’s my biggest asset in my game right now. I feel like I’m a complete receiver. Play inside, outside, so very versatile. Wherever you want me to play, I can play.”

“Coach TC Taylor, our wide receivers coach, I know you had a chance to meet and talk with him,” Neely said. “You know, he set records when he played receiver at Jackson State. How excited are you about being coached by him?”

“Being coached by him, it’s big for real,” Daniels said. “Him being an alumni and playing here, he knows everything about the program, how everything is in the town and stuff, so it’s really big for sure.”

I Need the Competition

“I gotta tell you something man,” Neely said. “Our DB room is deeply talented.”

“I see y’all DB room,” Daniels said. “It’s nothing but work, though. They gonna get this work just like they gonna work me.”

“So you looking forward to that competition?” Neely asked.

“Most definitely,” Daniels said. “I need it. Bring the best out of you every time.”

“Coach Prime has been big on that,” Neely said. “Iron sharpens iron.”

“Even in his career, at practice he was guarding Jerry Rice,” Neely said. “At the Cowboys, guarding Michael Irvin. In Atlanta, he was guarding Andre Rison. They brought the best out of each other. So that’s the opportunity that you have.”

“So what does what does competition do for you?” Bishop asked.

“Competition, like it really just builds my confidence.” Daniels said. “Helps me get better each and every day. So every day I look to go compete. I ain’t never looking to be slacking off. I want to compete, compete against the best.”

Being a Vocal Player

“What do you look forward to adding to this team?” Neely asked.

“Being vocal, being a leader,” Daniels said. “With me being a grad transfer, I’ve played a lot of football so it’s like really just coming in and trying to be a leader, be vocal, and get to know the guys more. I’m a team player. It takes a team to win, so that’s what i’m looking forward to.”

“Say somebody messing up on a play or something, like I can correct them,” he said. “Like if they’re doing something wrong, correct them. Just be vocal. You don’t got a lot of vocal players on the team, a lot of people don’t like to talk. So I’d rather be vocal, help others out when they need it.”

“Hot wings for sure,” Daniels said. “Ranch, I can’t do blue cheese.”

Dallas Daniels ended the interview with a message for Tiger nation.

“Shout out to Tiger nation for bringing me, having me up here,” Daniels said. “I appreciate it.”