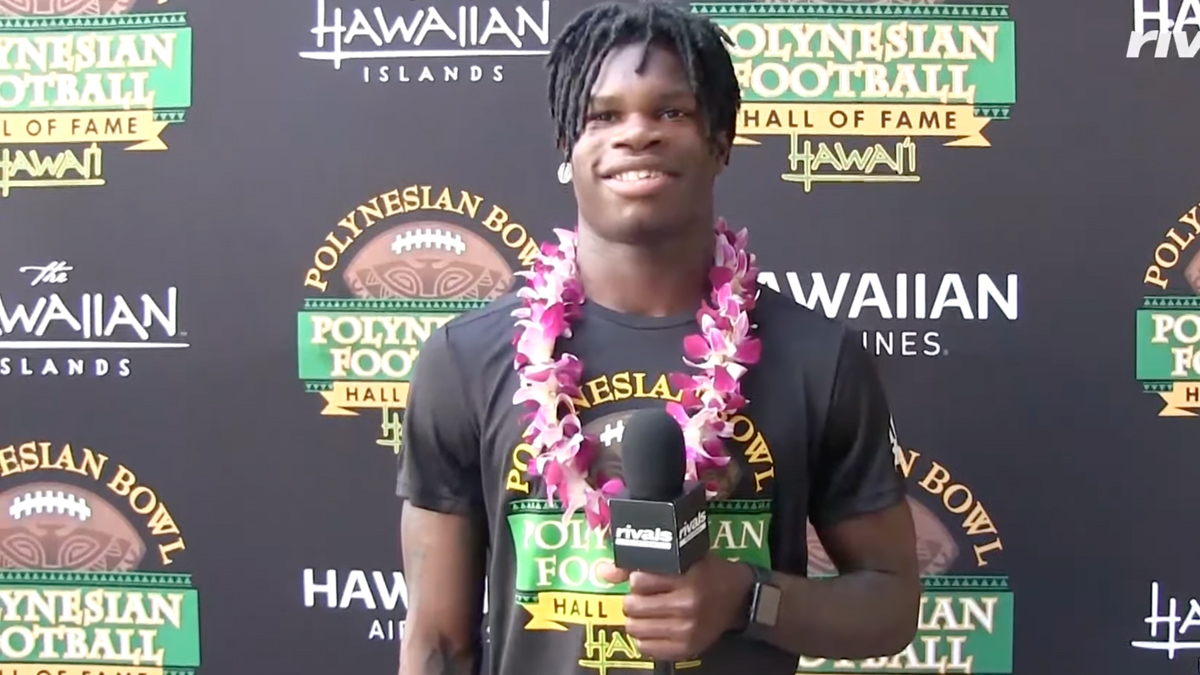 Travis Hunter says he might try to play basketball too

Travis Hunter shocked the world by committing to Jackson State. But is that commitment limited to football?

We already know that Deion Sanders and Jackson State football struck gold with Travis Hunter. But could that transcendent talent translate on the hardwood as well as the field in the Magnolia State?

“I’d be playing basketball in college,” Hunter told 247 Sports earlier this week ahead of the Polynesian Bowl when asked what he would be doing if he wasn’t going to play football at JSU. When pressed, he said that he might try.

While he’s a five star prospect on the football field, Hunter is a solid basketball recruit as well. And he wouldn’t be the only JSU football player pulling double-duty in Jackson. Wide receiver Malachi Wideman is starting to make an impact for JSU hoops as well.

Here’s what Travis Hunter had to say about some other subjects in his interview.

Travis Hunter on Offense vs. Defense

Why Travis Hunter chose an HBCU

I have little brothers and little sisters I have little cousins that — they’re not as good as me in football. So pretty much, I want to light that path for an HBCU for them too.

What peopel are saying about his decision

A lot of people congratulate me, telling me I made the best move in football history. I got the negativity, but because of who I am, I ain’t gonna pay attention to it.

The ignored legacy of HBCU standouts

It just doesn’t get talked about much. Just like what happened with me. I had to bring the light back to it. But now it’s dying down again. Pretty much, we’re going to have a couple more players to keep the light on.

Travis Hunter says he might try to play basketball too