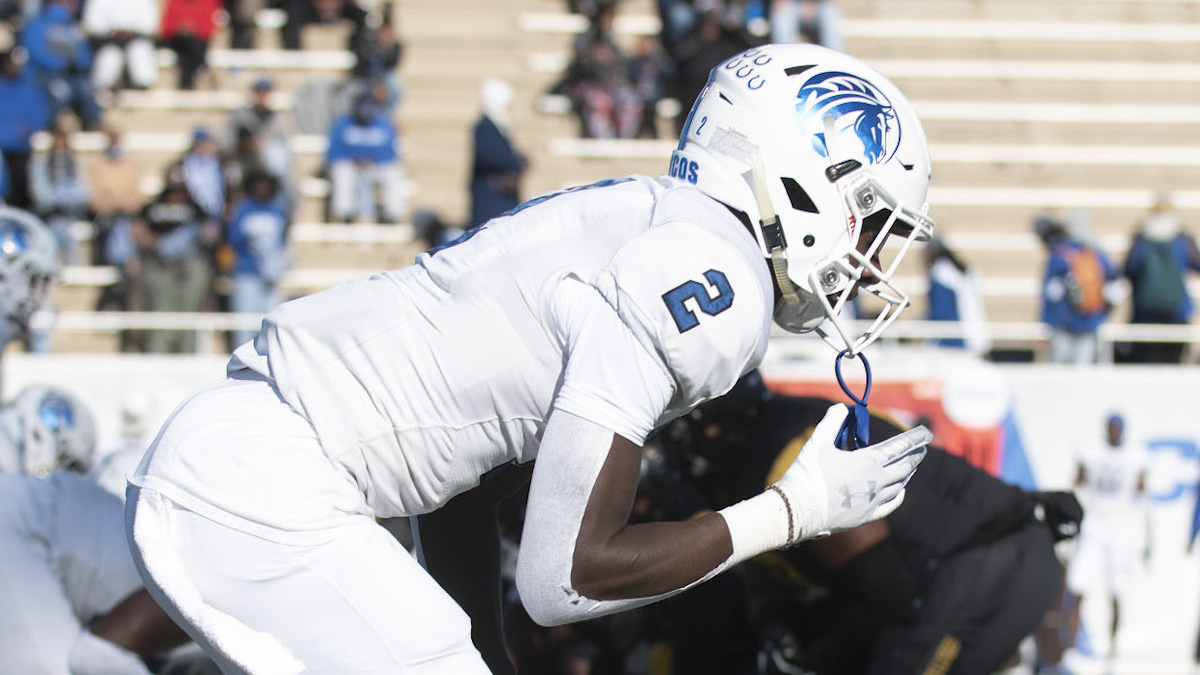 Joshua Williams is one of the top small school prospects in the 2022 NFL Draft. The Fayetteville State defensive back is making big waves.

The Fayetteville, NC native is highly likely to hear his name called in the NFL Draft, slated for April 28-30. That’s something that hasn’t happened to a CIAA player since Trenton Cannon was drafted in the sixth round out of Virginia State. The Fayetteville State draft drought is much longer — 1976 to be exact.

The defensive back nabbed 79 tackles, 22 pass breakups, and five interceptions, including a pick-six.  His production during the 2021 season garnered him an All-CIAA first-team selection. Moreover, his career saw teams notice his ability. Teams routinely planned to throw the ball away from him when they could, and that scheming highlighted the impact that he had on FSU’s secondary.

Williams’ path to the draft is fairly similar to another Division II standout who played college ball in North Carolina.  The 2020 draft saw the New England Patriots draft Lenoir-Rhyne University’s Kyle Dugger in the second round. Dugger also played DB, and both he and Williams have desirable NFL height at 6’2”.  Like Dugger, Williams was invited to the Senior Bowl with FBS and FCS participants.  This year, Williams only was one of two athletes from Division II to participate (ironically, the other also being a DB).

Williams currently projects as a mid-to-late round selection. One continued “weakness” in scout’s notes is that he played at a lower division; however, he did adjust well at the Senior Bowl. Moreover, there are several Division II players who are very productive in the NFL and even the Canadian Football League.

The spotlight on Joshua Williams is notable for several reasons.  FSU has received positive coverage and more attention in the media because of Williams’ draft outlook. Moreover, the recognition highlights FSU’s continued improvement as a football program. Additionally, Williams had overshadowed other changes in CIAA programs during the offseason, including conference players transferring to FBS programs to continue to their careers.  Williams is another example of the talent the conference continues to showcase on a national scale. If the projections are right, then he will represent the CIAA as another talent to get drafted.