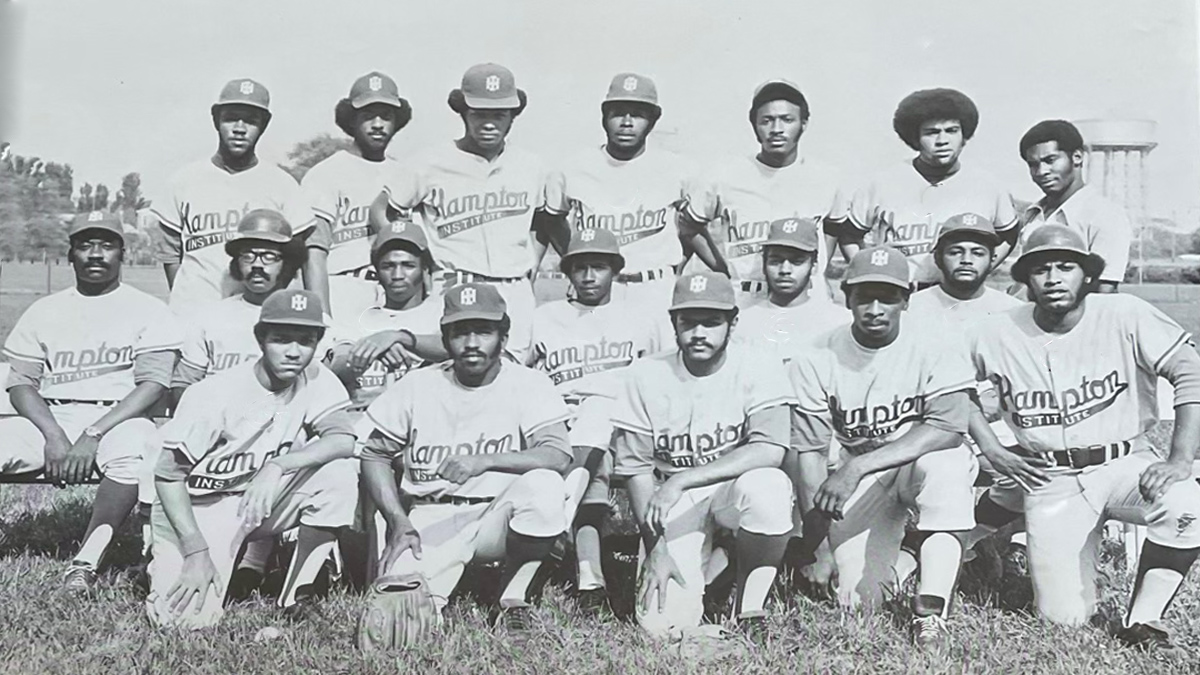 Hampton University baseball program finally getting its due

Half a century after winning the CIAA baseball title, the last Hampton University baseball team is finally being recognized by the conference and school.

The 1972 baseball season should have been one to remember for Hampton University. A downtrodden program that hadn’t won a baseball title in the nearly half-century it had competed in the Central Intercollegiate Athletic Association, it finally pulled it off that year.

It should have been a crowning moment for Douglas Palmer and his teammates. Instead, it was the start of what would become a 50 year journey to be recognized by the CIAA and the school that will culminate in being recognized this May after the hard work of many people.

“They’ll have our picture in the museum there with plaques with our names and positions. And we’ve gotten rings that we had made up that will be given. But to me… more important is just the recognition that finally a team that was really written off and whose players felt abandoned — that we get our due.”

Palmer came to Hampton Institute from Trenton, NJ where he grew up in a city that was a racial melting pot. Then he went to Bordentown Military Institute where he was one of only 10 black students.

“Although I had offers to go to West Point, the Naval Academy and some others, I was just intent on going to Hampton,” Palmer said. “I wanted to go to a black school. I didn’t want to go to a farm system and play it.”

When Palmer arrived at Hampton in 1970, it was far from a powerhouse in football and basketball. And baseball was even worse. Things didn’t turn around quickly, but the second baseman felt he and his teammates were getting better every year.

“We had a strong nucleus of freshmen on that team and we took our lumps the first year and this year (1971) we really had a veteran team and we started to put it all together.”

As Palmer and his teammates were looking forward to the 1972 season they were hit with a bombshell.

“They informed us that this was the last year of the baseball team,”  Palmer remembers. “You could have knocked me over with a feather when I heard that, because other than the academics, baseball was my life. First of all, baseball was my life and then academics second. But I was just blown away.”

The team came together and figured out they had one solution — win so much that the school couldn’t disband the program.

“We’re going to do something that was never done before. And we certainly had the motivation to try to save the team. And so our feeling was if we win, they can’t get rid of the team. “And lo and behold, we put it all together with a sense of purpose more than ever, because we were only losing three seniors. So the majority of the team was still intact.”

Not only did Hampton win the CIAA, but it also flexed its muscle against predominately white William & Mary. Palmer remembers a proposal from William & Mary that its opponent take on its JV team instead of the varsity. He and his teammates weren’t trying to hear it.

“It was very significant and it was great to kick their butts man,” Palmer said with a laugh. “I loved it.”

(Hampton University, ironically, will join William & Mary, in the Colonial Athletic Association in 2022.)

Hampton clinched its title on the road in Petersburg by knocking off Virginia State. Ironically, Virginia State advanced to the NAIA Tournament and was cited as CIAA Champions. An article prior to the championship from the Daily Press declared that Hampton wasn’t eligible to compete in the tournament due to not having enough in-district games. Palmer believes the administration was just glad to be rid of the sport.

Hampton won the CIAA championship on the diamond. Its head coach Bobby Martin was recognized as the CIAA Coach of The Year.

“I feel sorry for the players,” Martin said after accepting the award. “We have some fine ballplayers, and it’s just too bad that they will not be able to continue playing here.”

Palmer and his teammates were crushed.

“I just really, really fell into depression and talking to my other teammates, a lot of them had the same kind of feelings,” Palmer remembers. “So my senior year was the worst year I ever had in college. I was lucky I got out of there and graduated, but it left a bitter taste in my mouth.

“That was so bitter that I quit playing baseball. I could have went semi-pro or tried out, but I was just so disappointed that I…I just quit. And talking to a lot of the players that I’ve been talking with so they can come to the celebration on May 7th —  they had similar feelings.”

Palmer would eventually make his mark off the diamond in a big way. He was elected the first African-American mayor of Trenton in 1990, a post that he held until he retired in 2010.

Now 70 years old, he’s obviously still proud of what he and his teammates accomplished on the diamond with their backs against the wall. Unfortunately, the accomplishments of that championship team have gone unrecognized, until now. After hiring a student to research the title, the CIAA recognized the team as champions last year.

“We already knew we were the champions. But, you know, for some reason, them saying it made it even more real and more special. Now, we finally — the forgotten champions — we’re finally getting our deserved recognition.”

“He took it upon himself, along with the help of (Hampton University Director of Athletics) Eugene Marshall and (Sports Information Director) Shalyn Moore. He said, ‘Doug, this is my last year here we’re going to set this right.’ And so they’re honoring us and recognizing us as being the only baseball team in Hampton’s history to win a CIAA this year. And they will proudly hang the banner in the gym.”

Hampton University baseball program finally getting its due