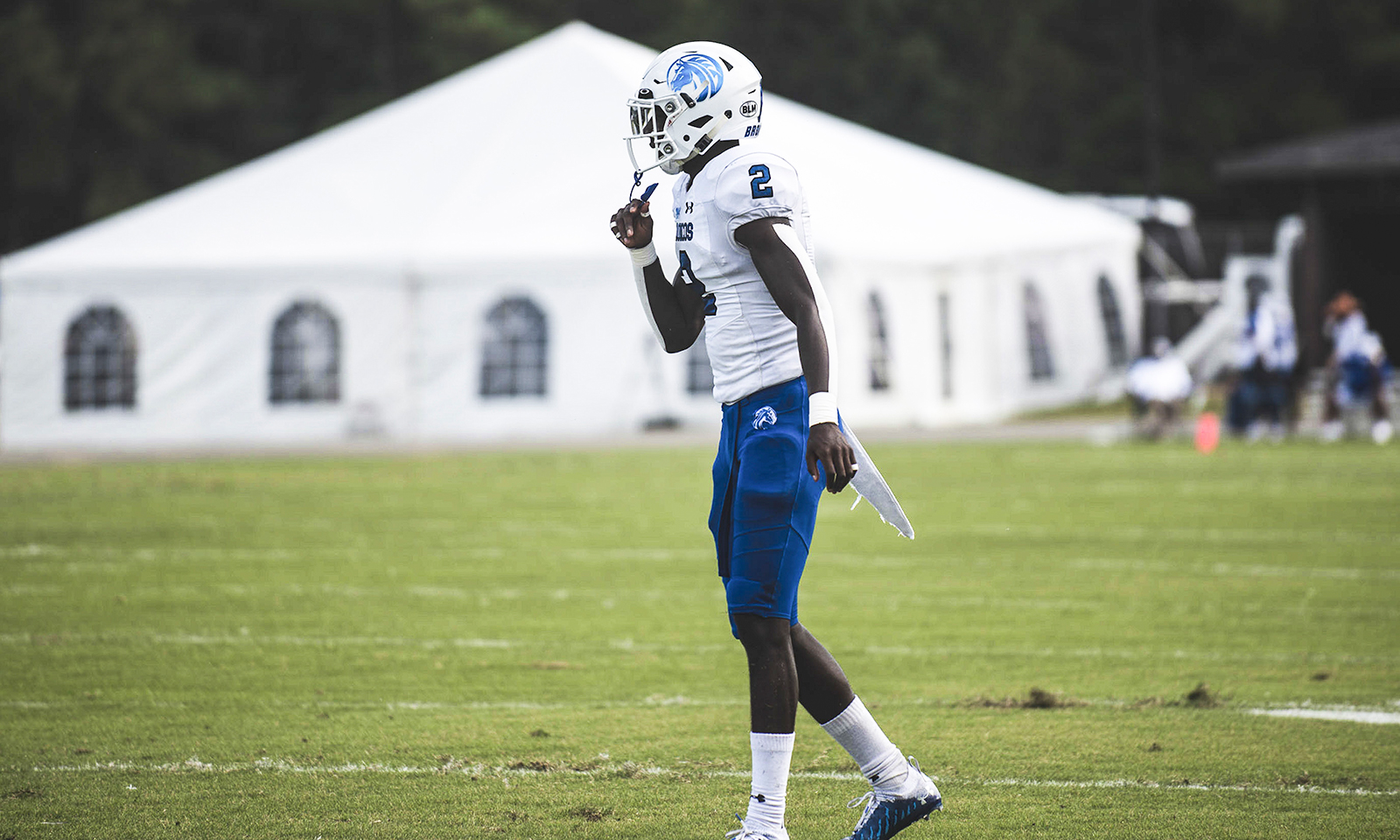 The event is considered the most prominent college football all-star game in the United States and is the first stage in the NFL Draft process.

Mobile, Alabama – Fayetteville State University‘s red-shirt junior cornerback Joshua Williams made national headlines when he was selected as the only NCAA Division II player to participate in the Reese’s Senior Bowl.

Assigned to the Reese’s Bowl National Team, Williams has made quick advances on the practice field and drills. He posted one of the Top 5 Max Speeds per @ZebraTechnology with a top speed of 21.75 miles per hour. Faster than Nevada’s wide receiver Romeo Doubs (21.25 mph), Arizona State running back Rachaad White (21.15 mph), Ole Miss receiver Braylon Sanders (20.84 mph), and NDSU WR Christian Watson (20.71 mph).

The Senior Bowl is an annual college all-star football game that is played at the conclusion of the NCAA season. The event is considered the most prominent college football all-star game in the United States and is the first stage in the NFL Draft process. This year’s Reese’s Senior Bowl will be played on Saturday, February 5 in Mobile Alabama at 1:30 CT at the University of South Alabama’s Hancock Whitney Stadium. The game will be aired on the NFL Network.

Joshua Williams, a native of Fayetteville and former standout at Jack Britt High School, attended Palmetto Prep Academy before joining the football program at Fayetteville State in 2018. The freshman played in all nine games and finished with 16 tackles for which 13 of them were solo stops. He more than doubled his performance in 2019 with 34 stops and 22 solo hits. He also had 13 pass breakups and two interceptions. After the interruption of a season due to COVID, Williams returned to the field in 2021 with 31 tackles (20 solo), three interceptions for a return on 32 yards, and six pass break-ups. In the game against Wingate, Williams had a career game-high of ten tackles.

In three seasons of play, the cornerback totaled 79 tackles and 17 passes deflected. Williams ranked third in the CIAA with three interceptions in 2021 and was named to the All-Conference Team with 27 tackles and 6 breakups. He was named back-to-back CIAA Defensive Back of the Week after the Broncos’ first two games. Joshua had a 32-yard pick-six against Elizabeth City State along with five tackles and a game-high ten tackles the following week against Wingate. He was also named to the 2021 BOXTOROW HBCU College Football All-American Team.

“This shows you younger guys, we’re watching every level,” Nagy told the Fayetteville State players. Wait until you see our roster this year. There’s a lot of small school players in the game. Josh is hour only Division II player in the game this year — which we’re excited about.  Josh is also the first player from Fayetteville State in the history of the Senior Bowl in the game.”