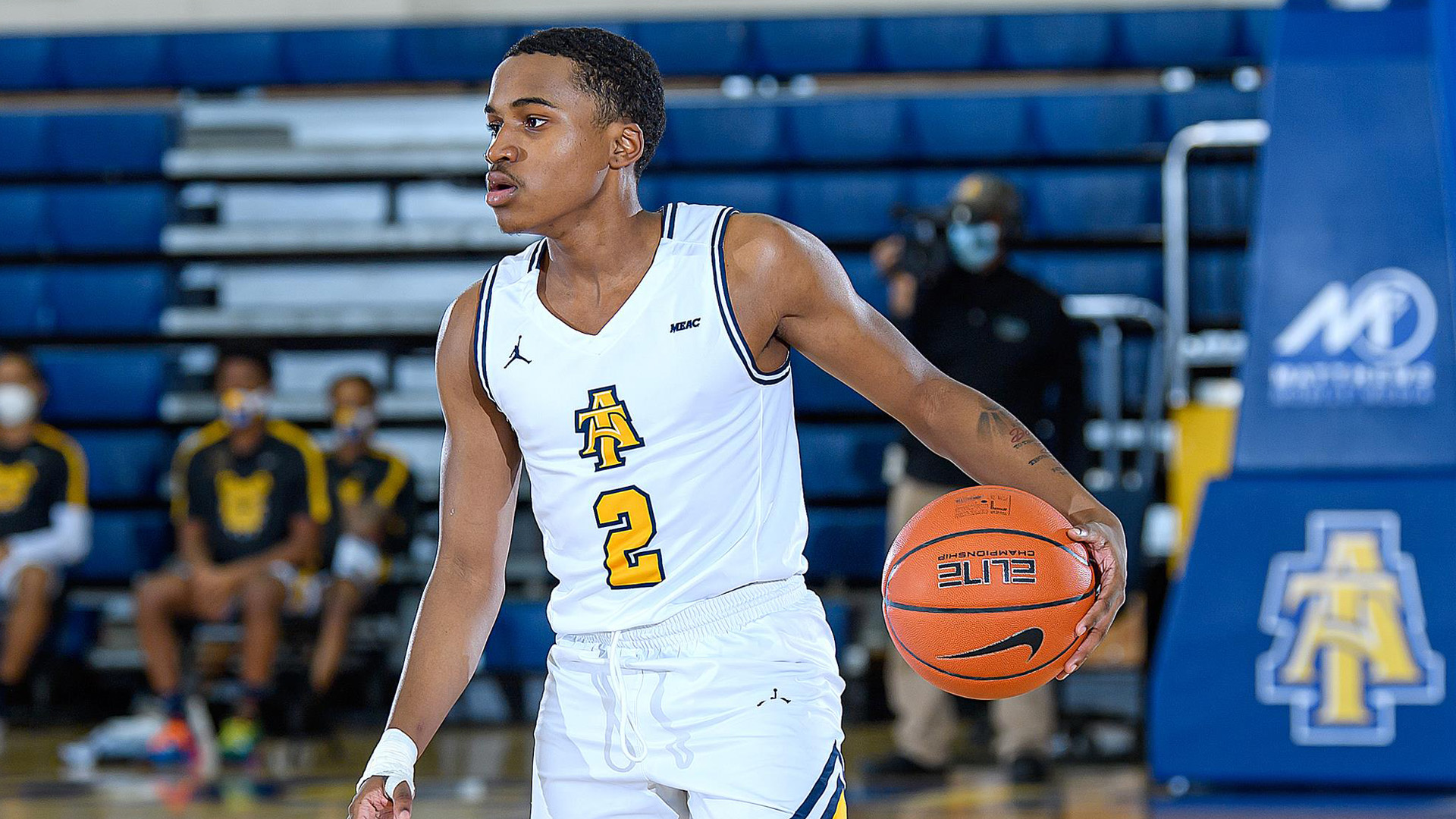 The newest addition to North Carolina Central basketball is a familiar face in MEAC basketball.

The 5’9 point guard averaged 5.8 points, 1.3 assists and 1.2 steals per game during the 2020-2021 season to help A&T win the MEAC Southern Division title. That came on the heels of a MEAC All-Rookie team selection the previous season after averaging nine points in 21.6 minutes per game.

A Chicago, IL native Cleveland was an All-State selection at Leo High School.

Now he’ll join an NC Central squad that has a lead scorer in All-MEAC guard Justin Wright, but could use some help at the point position — which Cleveland provides along with defense.