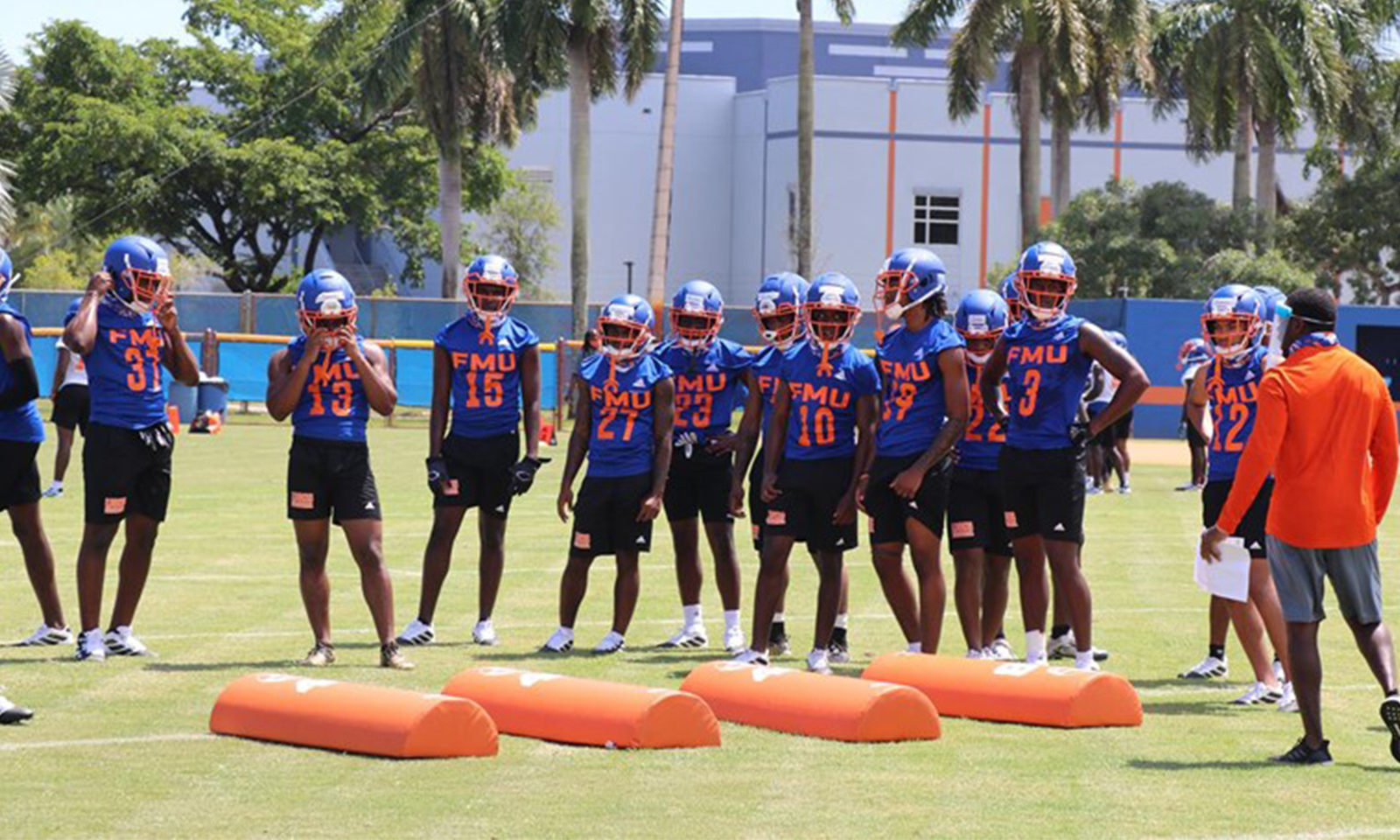 Rome, who is set to begin his tenure in May, is the second head coach in the modern era of FMU football.

MIAMI GARDENS, Fla. – Florida Memorial University’s Director of Athletics, Jason Horn, names a new head coach to lead the Lions’ football team. Bobby Rome II will be at the helm as FMU enters its third season since the relaunch of the football program after a 62-year hiatus.

Rome, who is set to begin his tenure in May, is the second head coach in the modern era of FMU football.

Horn emphasizes the care and diligence that he and the search committee took in selecting the next head football coach, and how excited he is about what the program can achieve under Rome’s direction.

“The process was thorough and intentional as we conducted the search for our next head football coach,” Horn said. “We had a tremendous amount of solid interest in our program. Coach Rome will continue the work our team has done to build a championship-caliber football program”

A native of Norfolk, Va., Rome comes to Miami Gardens after spending two seasons serving as the head football coach at fellow HBCU, Central State University in Wilberforce, Ohio, and with eight years of overall experience as a collegiate head football coach.

“”I am ecstatic to accept the head football coach position at Florida Memorial University,” Rome said. “President Hardrick and Athletic Director Jason Horn speak my language. My minimum standard is graduating student-athletes, but I am extremely encouraged to know that achieving excellence, across the board, with regard to the student-athlete experience, is a priority for this administration and University.”

During his time leading CSU, Rome signed a Top-100 rated recruiting class heading into the 2021 season – including the eventual 2021 Southern Intercollegiate Athletic Conference Newcomer of the Year; had players earn a combined three SIAC Player of the Week honors; and had two players participate in the FBS Tropical Senior Bowl and HBCU Legacy Bowl.

Rome’s coaching career includes two seasons as the head football coach at the University of Virginia-Lynchburg, where he also served as the institution’s athletic director. He also spent four years as the head coach at Far Eastern Federal University in Vladivostok, Russia. While coaching internationally, Rome directed all aspects of the program while serving as an American ambassador for the sport of football in Russia.

During his time at VUL, Rome was named the 2018 Small College Sport Report National Coach of the Year.

Prior to his coaching career, Rome enjoyed a successful playing career. He was a four-year starter at quarterback for Granby High School in Norfolk, Va., throwing more than 1,700 yards as a senior and leading Granby to the Eastern District title. He went on to play for the University of North Carolina from 2006 to 2009, playing in 49 games during his collegiate career as a fullback.

After graduating from UNC in 2009, Rome spent time in the NFL with the Green Bay Packers, Kansas City Chiefs, and Pittsburgh Steelers. After his stint in the NFL, Rome played internationally for the Moscow Patriots.

Rome will coach his first game with the Lions on August 27, when Florida Memorial University is set to host in-state HBCU rival Edward Waters University in the second football meeting of the “Big Cat Classic.”

“Our staff is going to do everything we can to prepare our students to become successful individuals on and off the field,” Rome said. “Our goal is to produce young men that the FMU community can be proud of.”

Florida Memorial University will host an on-campus news conference introducing Rome in May.