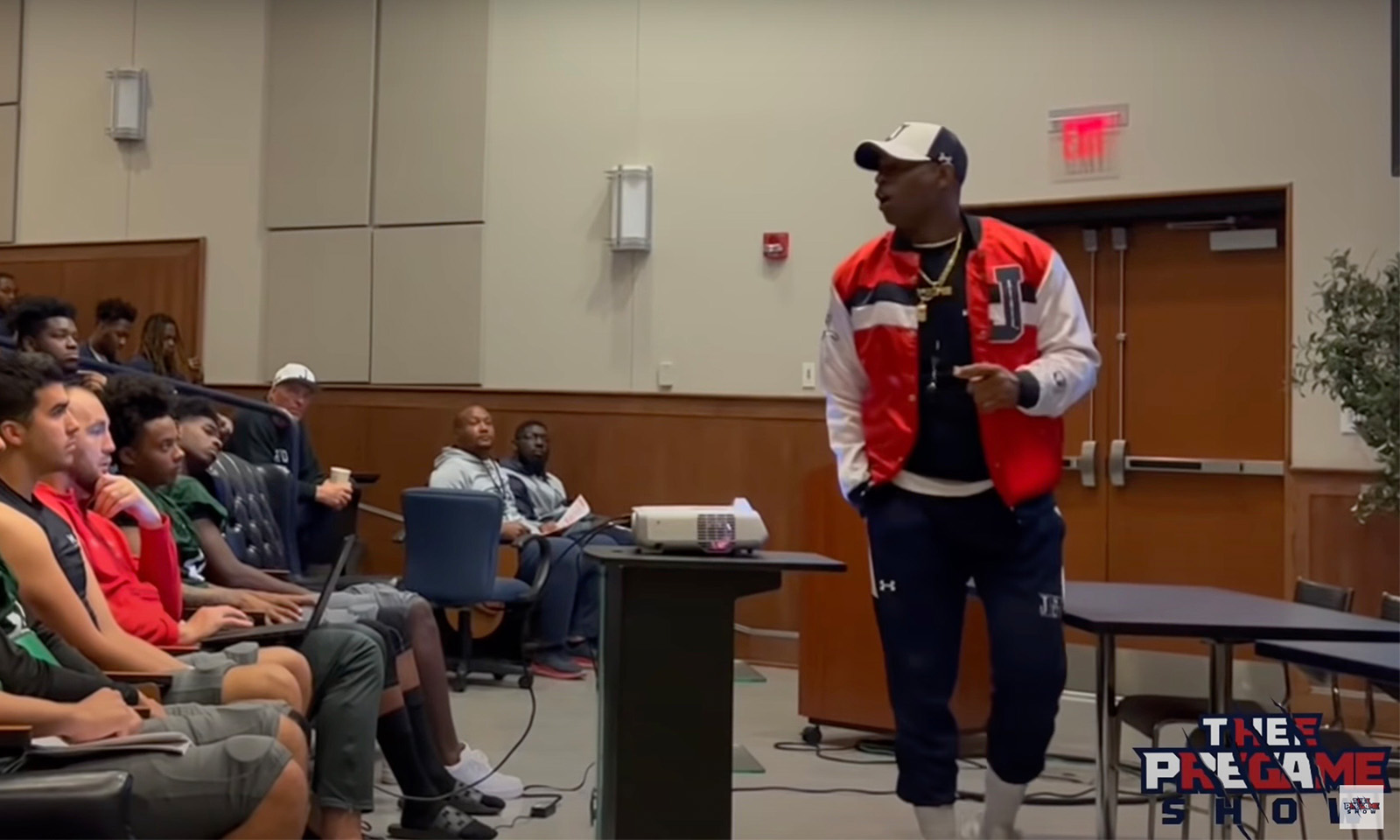 Jackson State Head Football Coach Deion Sanders’ motivational message to the Tigers this past week was rooted in no mediocrity, healthy competition, and dominance.

Thee Pregame Show has had exclusive access to the Tigers’ morning practices. Click here to watch as the team prepares for the highly anticipated second season under Sanders:

The Tigers File In

It’s 7:30 a.m. and the team is filing into the School of Business building. The schedule calls for 7:45 a.m., but they know that an on-time arrival is late.

Some players have bottles of water, some have notebooks and pens, and some have a combination of both. They seat themselves as they chatter and laugh.

Sanders arrives. The players hush. Sanders surveys the crowd and calls on defensive back John Huggins to lead the day’s prayer.

After an inspirational video plays on the projector, Sanders addresses the team.

Sanders emphasized the importance of “doing things the way we need to do things.” He said if a drill isn’t executed properly, the player has to start it over.

Sanders said it’s time to apply that mentality on the field.

Sanders said the only way to dominate is to be competitive.

“We’ve already won, and we’re gonna win, but let’s be dominant,” he said.

Deion Sanders’ motivational message gave the Tigers a renewed competitive spirit. This spirit will continue through the 2022 season kick off against Florida A&M University on September 4.