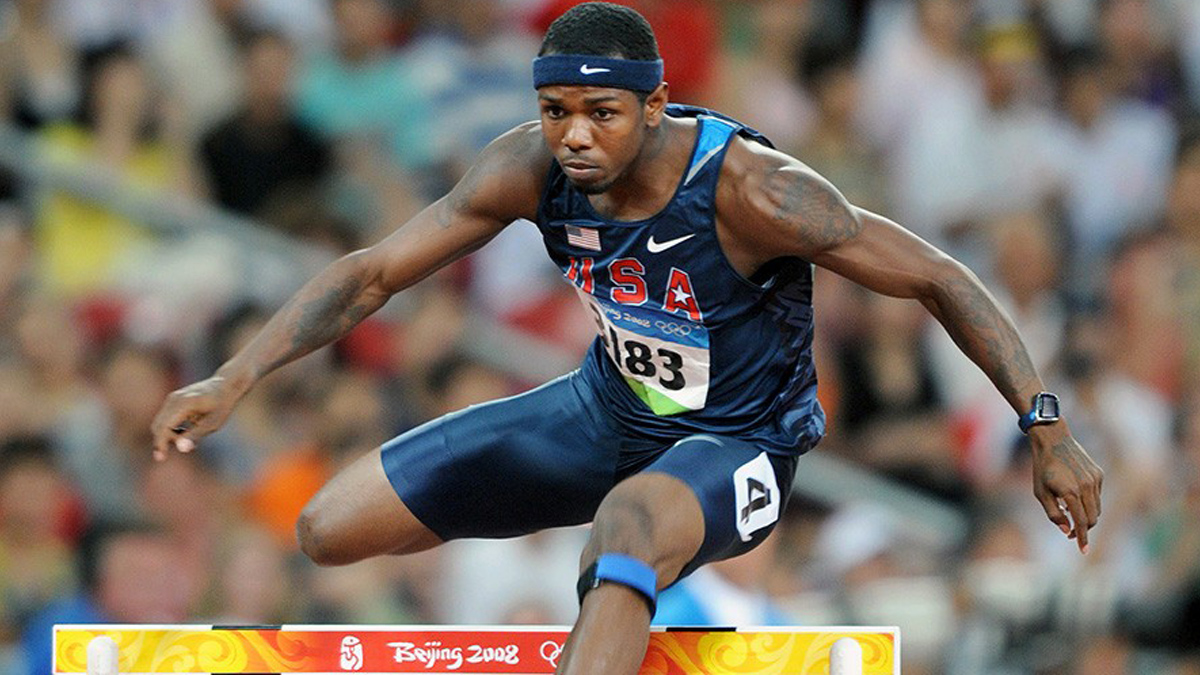 Former Olympic gold medalist Bershawn Jackson is returning to his alma mater to take over its storied program.

RALEIGH, N.C. (April 1) – Saint Augustine’s University turns to one of its best-ever athletes to coach the phenomenally successful men’s track and field program.

Bershawn “Batman” Jackson was announced as the Falcons’ new head coach by the SAU Department of Athletics on Friday, April 1, 2022. He will take over a men’s program that has won 29 of the Falcons’ astounding 39 NCAA Division II national titles overall.

Jackson returns to his alma mater after an amazing career as a track athlete. He was one of the most recognizable faces in track and field in the 2000s. He was well-known across the globe in international and national meets as one of the world’s top hurdlers.

Before becoming an icon in the sport, Jackson rose to prominence at then-Saint Augustine’s College in 2004. During the indoor season, he won the 400-meter dash and helped the Falcons win the 4×400-meter relay in the NCAA Division II Championships.

In addition to being a four-time NCAA Division II individual champion, Jackson keyed the Falcons to the 2004 CIAA men’s indoor title.

On May 8, 2010, Jackson earned his diploma from Saint Augustine’s University, becoming the first in his family to receive a college degree.

The U.S. Track & Field and Cross Country Coaches Association honored Jackson by inducting him into its Hall of Fame in 2016.

Bershawn Jackson retired from track & field in 2017. He is the founder and head coach of Run U Express Track and Field Club, based in Wake Forest, N.C. Run U Express serves the youth of Wake Forest, N.C., and provides each athlete the opportunity to reach his or her full potential by developing athletic strength, speed and endurance and fostering high self-esteem, self-worth, personal accountability, self-discipline, goal setting, and goal achievement.

Run U Xpress seeks to develop complete individuals who learn not only the fundamentals of athletic training but also, with the support of its athletes’ families, the importance of education in an atmosphere conducive to developing good character.

Jackson is married to Shannon, and they have three children – Shawnti, Shari and Bershawn Jr. All three kids appear to have bright futures in track & field.