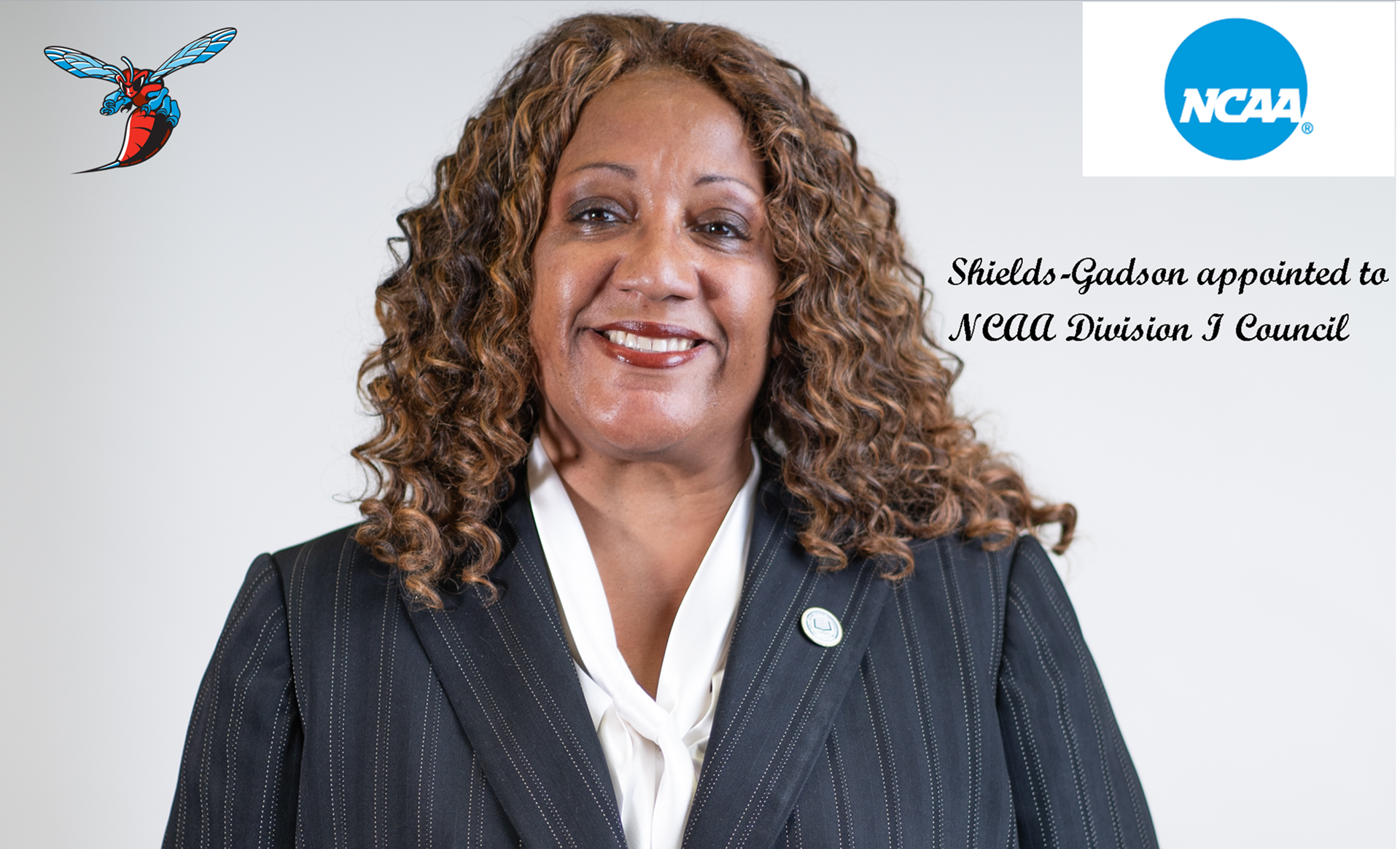 Delaware State Director of Athletics Alecia Shields-Gadson has been appointed to a four-year term as a member of the NCAA Division I Council, beginning June 1, 2022.

DOVER,  Del., March 28, 2022 — Delaware State University Director of Athletics Alecia Shields-Gadson has been appointed to a four-year term as a member of the National Collegiate Athletic Association (NCAA) Division I Council, beginning June 1, 2022.

As a member of the NCAA leadership post, Shields-Gadson will help to sustain and advance the association’s mission, traditions, values and reputation, in addition to serving as an advocate for the organization.

“It’s an honor to represent Delaware State University and the Mid-Eastern Athletic Conference (MEAC) in this highest level of NCAA leadership and governance,” Shields-Gadson, who was appointed as the university’s Director of Athletics in August 2021 after serving in an interim capacity the previous four months, said. “I’m grateful for this opportunity to be of service to the many individuals and institutions that benefit from the important work of the NCAA. It’s also extremely important that such a committee is diverse and represents a cross section of the NCAA membership.”

Shields-Gadson is no stranger to NCAA leadership responsibilities. During her tenure as Coppin State’s Deputy Director of Athletics/SWA, Shields-Gadson chaired various NCAA committees including Minority Opportunities and Interests Committee, Division I men’s and women’s track and field committee and Woman of the Year selection committee.  She also assisted CSU in its award of a $900 thousand NCAA Accelerating Academic Success Program (AASP) grant designed to improve academic standards at institutions with limited resources.

While at Alcorn State as Senior Associate Athletic Director and SWA, Shields-Gadson was a graduate of the NCAA Fellows Leadership Development Program and served on various conference and university committees.

She has more than 30 years of experience in intercollegiate athletics as a senior level administrator and head coach.