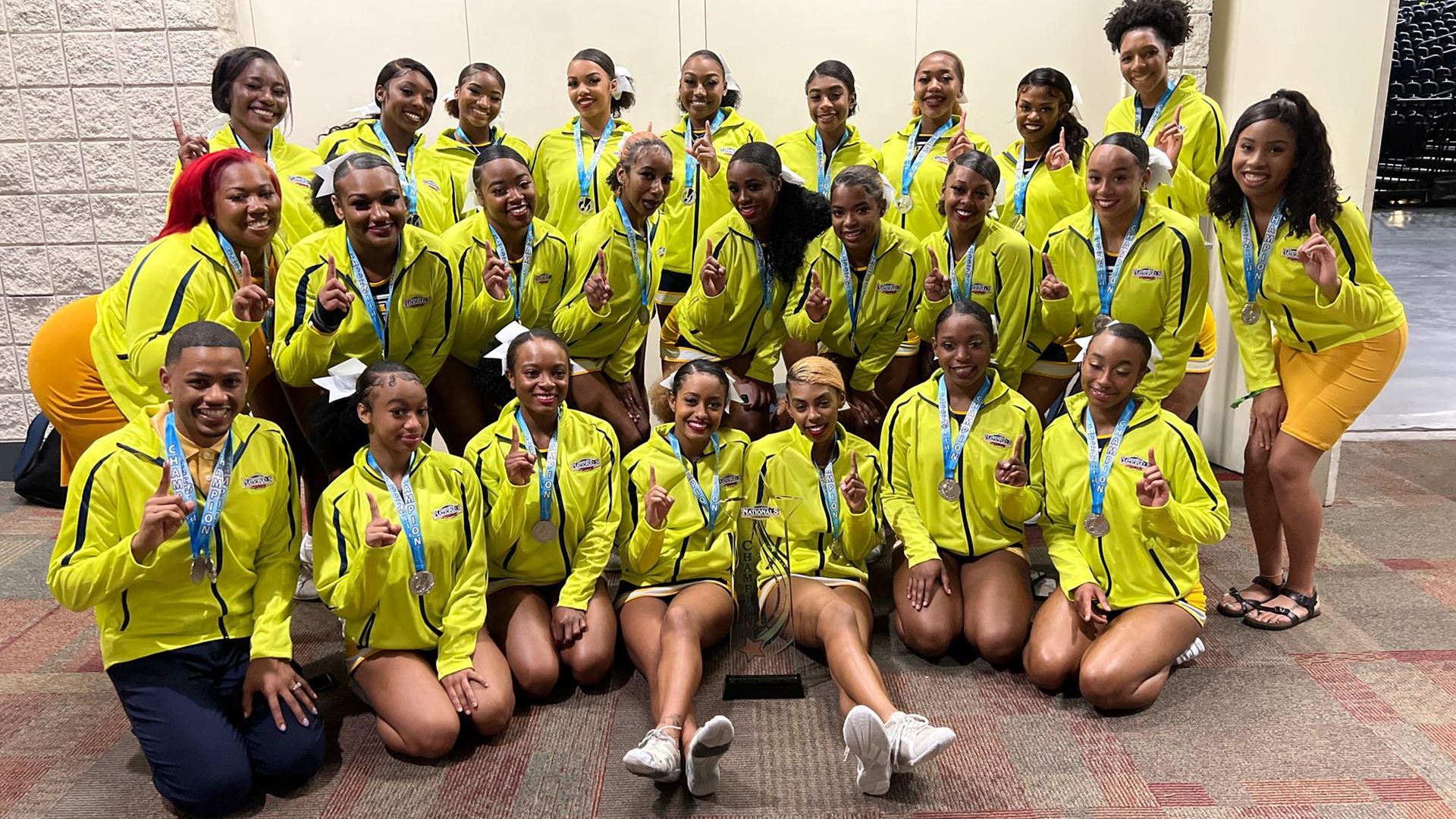 The Aggies competed in the All Girls College – Advanced division amongst four other college teams – Belmont Abbey College, Point Park University, St. John Fisher College, and the University of Dubuque.

N.C. A&T, the only Historically Black College and or University (HBCU) represented at the competition, showed up and showed out. As a result, the Aggies became Grand National Champions while also accumulating the highest score (84.83 out of 100) amongst all teams in each college division.

In addition to receiving the highest score, they also hit zero! Zero indicates the Aggies had a perfect performance and did not receive any deductions from the competition judges. Their performance lasted two minutes, 15 seconds and consisted of high-level stunts, tumbling, and a flare of the outstanding cheers and shakes that Aggies are known for.

Head coach Daniel Kearns-Pickett leads the Aggies. He described his teams’ performance as a ‘Thank you Jesus moment.’

“All the hard work paid off,” Kearns-Pickett said. “Finally, we did it. I am proud. I cried a lot of times every day that week. It was happy emotions, but I wanted it so bad for them. We finally went and did what we practiced all year to do. It was phenomenal.”

Senior cheer captain Nyla Jones (Waldorf, MD) has been a part of the program for four years and proudly ended her tenure at N.C. A&T as a Grand National Champion.

“For me, it’s been four years since I’ve competed at a competition like this,” said Jones. “As a senior, I was very nervous, but it felt good to have the support of my team, my coaches, and the people who traveled to Myrtle Beach to see us compete for two minutes and 15 seconds. The energy was definitely there. We all came together, had good spirits and mentality, and went out there to do what we needed to do.”

The Aggies know that their strong bond and connection on the team had a lot to do with their ability to display perfection.

Sophomore Iycess Hooper (Brandywine, MD) said it was about N.C. A&T and not any one individual. “It was a team thing for us,” said Hooper. It builds character. It’s all about having fun, being humble, building teamworking skills, and being confident. It’s not going to be easy, but it builds life skills. It’s not just for the sport. The life skills will take you far in the future.”

The motto for the cheerleading program is “Build an Empire. Leave a Legacy.”