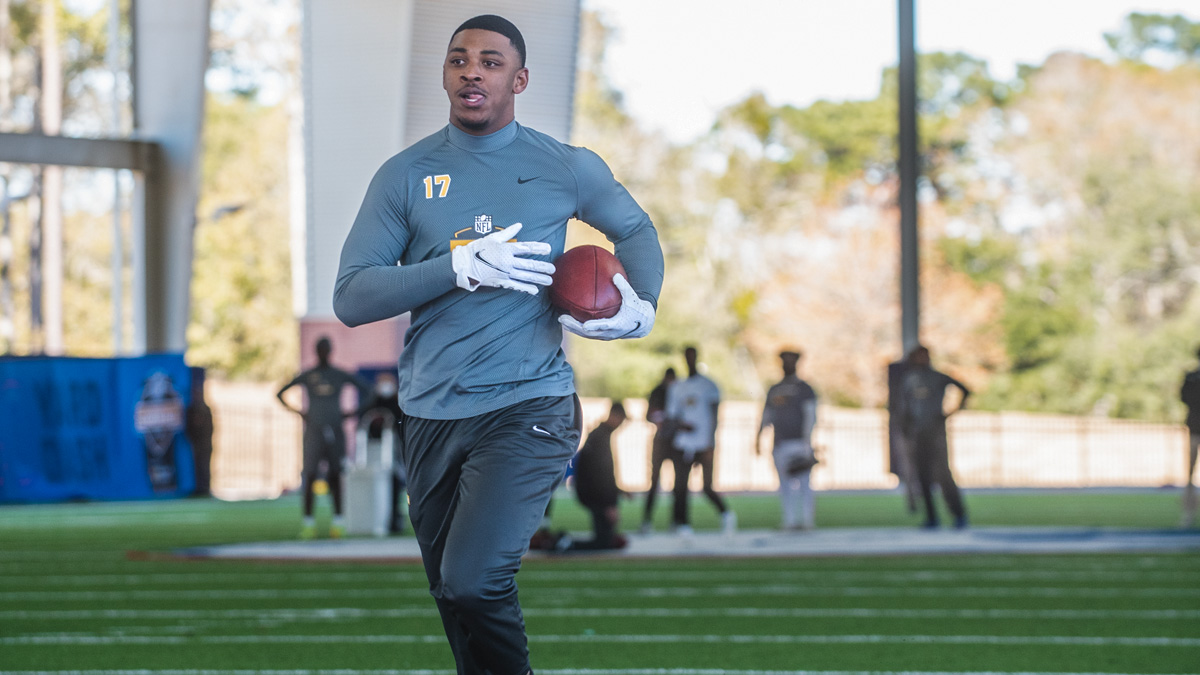 The draft stock is rising for the wideout

The local Dallas Cowboys pro day will take place on Friday, April 3. The Cowboys recently lost star wide receiver Amari Cooper in a trade that sent him to the Cleveland Browns. They also lost another member of the receiving core in Cedrick Wilson to free agency. On top of all that, the Cowboys will be without pass catcher Michael Gallup for the first weeks of the season due to injury. The team will surely be looking to sure up their receiver room during the 2022 NFL Draft.

Alabama A&M receiver Dee Anderson could be the guy to fill some voids on America’s Team. Anderson had a great pro day in early March that resulted in his draft stock rising.

Anderson began his collegiate career at Louisiana State University before transferring to Oklahoma State University as a redshirt junior in 2020. Anderson committed to LSU just ahead of his junior season (2014) at West Mesquite High School in Texas. He then transferred to DeSoto High School, where he was denied athletic eligibility for his senior season. He hauled in a total of 27 receptions for 392 yards and one touchdown in 12 games during his three seasons in Baton Rouge.