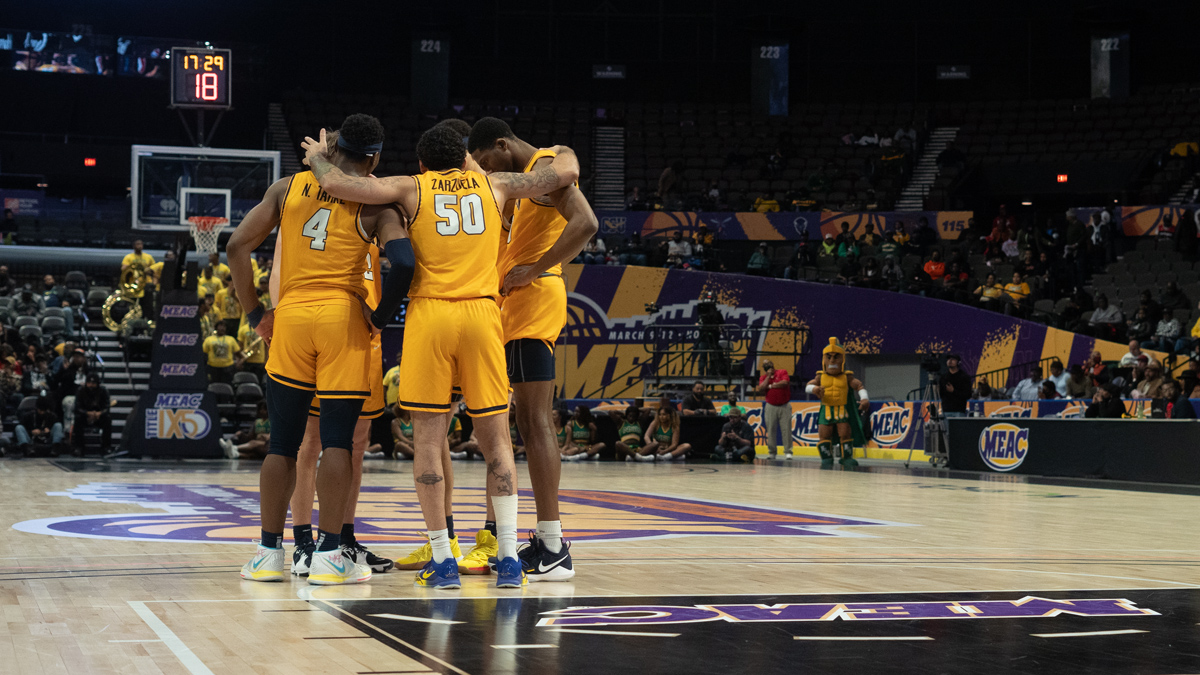 Coppin State finds three of its top four scorers in the transfer portal two weeks after the MEAC title game.

It looks like Coppin State and Juan Dixon will have to re-build again this off season as three of its top four scorers have hit the transfer portal.

Corbett’s exit doesn’t come as much of a surprise. He hasn’t played since early February and sources told HBCU Gameday that he was no longer on the team. Prior to his departure, however, Corbett was a big part of Coppin’s attack. He put up nine double-doubles, including multiple 20 point, 20 rebound games against South Carolina State and Howard in January. The 6’7 forward averaged 13.6 points and 9.2 rebounds in his lone season after transferring in from Alcorn State.

Zarzuela led CSU in scoring with an average of 14.7 points per game and scored better than 20 points five times during his abbreviated season in which he missed an entire month. He made his return to Coppin State in the MEAC Tournament and scored a career and season-high 27 points in the semifinals of the tournament to help CSU knock off North Carolina Central to advance to the title game in the conference tournament.

Cardaci was a solid contributor for CSU for the last two years, averaging 7.9 points this season after averaging 9.3 ppg during the 2020-2021  season. His scoring wasn’t quite as consistent in 2022, but he did step up more when Zarzuela went down with a lower-leg injury.

James, a redshirt-sophomore, averaged 2.6 points and 1.7 rebounds per game this season.

Those will be tough losses for Coppin State, which lost its top three scorers from 2021 heading into last season. The bright spot is that All-MEAC guard Nendah Tarke has not put his name in the transfer portal, and clearly Dixon and his program are hoping it stays that way.