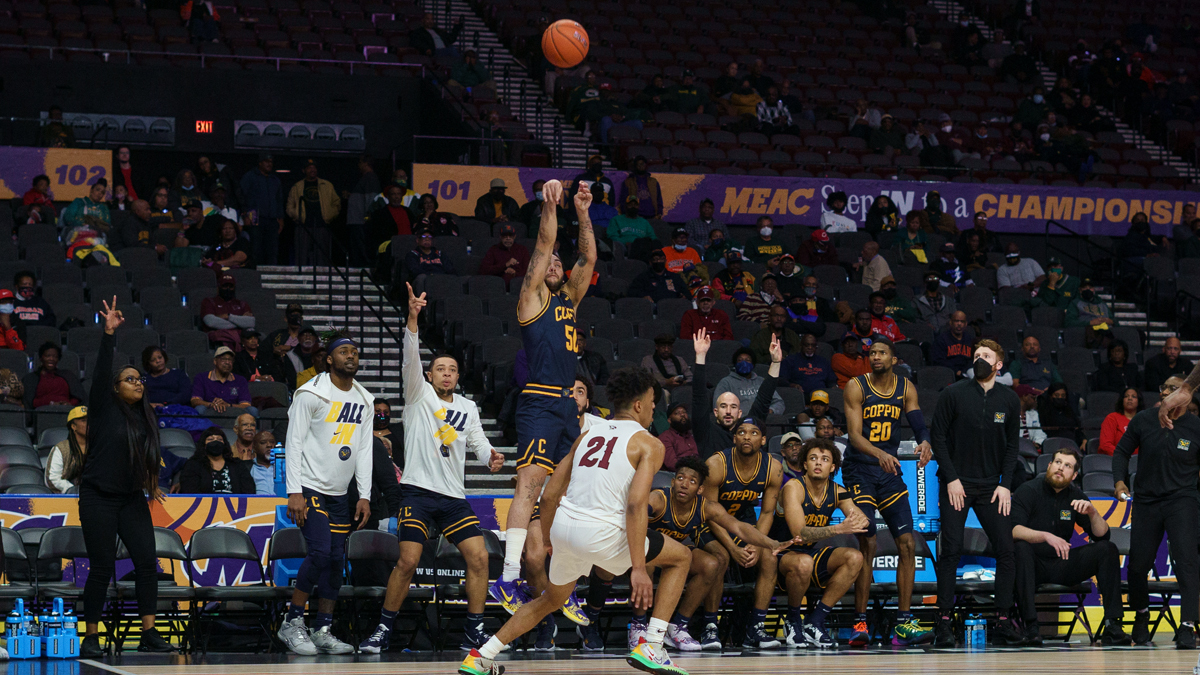 Seventh-seed Coppin State rode a bevy of 3-pointers to a 15-point second-half lead and then hung on down the stretch to upset third-seed NC Central 79-73 Friday night to advance to Saturday’s MEAC Tournament Championship game.

But just as it looked as if LeVelle Moton’s Eagles (16-15) were through, they fought back. They got as close as 75-73 with :24 seconds left but could not get over the hump.

Zarzuela led the Eagles with 27 points, hitting of 8 of 13 shots from the floor including draining six of eight threes. He also made five of six free throws over the final minutes.

“It means a lot,” said Juan Dixon, Coppin State’s fifth-year head coach of getting to the championship game. “We’ve tried to lay the foundation here and build a tradition. This is a big step.”

Zarazuela, a redshirt sophomore, was to be a big part of that foundation. The 6-3 sharpshooter was the MEAC’s leading scorer when he went down with a lower leg injury in late January. He missed the last seven weeks. His first game back was against Howard in Wednesday’s quarterfinals.

“My guys came together,” Zarzuela said of the semifinal win. “They believed and we were all in.”

Nendah Tarke, the hero of CSU’s buzzer-beating win over Howard, had 14 points and hit some clutch baskets and free throws down the stretch to keep NCCU at bay. Justin Steers, gave CSU a presence down low, finishing with 13 points and 13 rebounds off the bench. Kyle Cardaci added nine points on three treys.