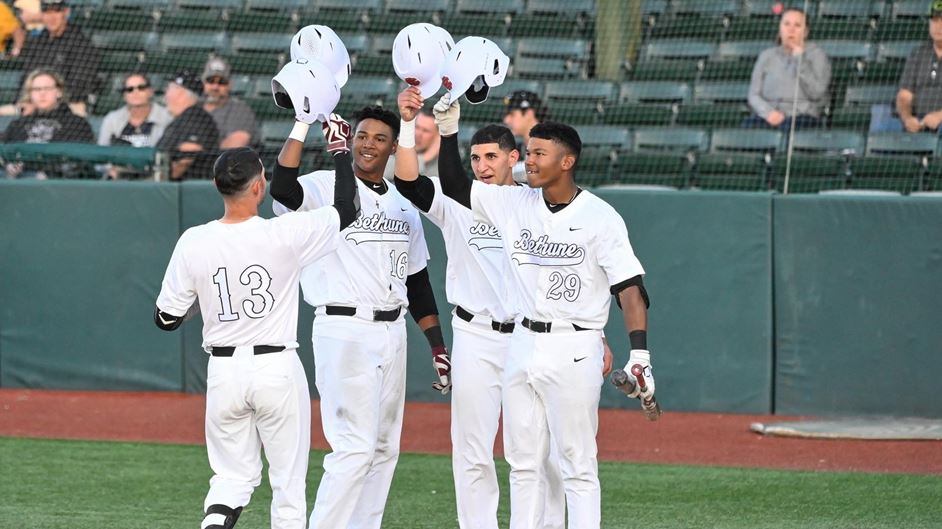 Alabama State has yet to find the answer for Bethune-Cookman in this weekend series.

Daytona Beach, Fla.  – The Bethune-Cookman Wildcats just do not quit, falling behind early and coming back yet again to remain undefeated in SWAC play with an 8-5 victory over Alabama State, Saturday night at Jackie Robinson Ballpark.

The Wildcats (10-12, 5-0 SWAC) did not stay down for long, putting up a four-spot of their own only an inning later. Matthew Garcia and Christopher Patterson opened the inning with singles. Irvin Escobar drove in Garcia with another single into center field.

The Wildcats took the lead in the fifth on a string of hits that started with a leadoff single from Colton Olasin. Olasin came around to score on an infield single from Patterson. Escobar came through with his second RBI single of the night to score Patterson and put the Wildcats in front, 6-4.

Alabama State trimmed the lead to one in the seventh on a one-out triple and a groundout. The Hornets nearly tied things up in the eighth after a leadoff hit batter who advanced to third on a failed pickoff attempt, but Dale Michaud struck out two to keep the Wildcats in front.

B-CU ended all hopes of an Alabama State comeback in the bottom of the eighth when Perez added two more runs on a double to left center, making it 8-5, Wildcats.

“These guys don’t quit,” Wildcats head coach Jonathan Hernandez repeated after the game. “They’re a resilient group. Whether we’re down early or late, or we blow a lead – these guys just trust what we’re doing. They’re winning pitch by pitch. I’m very proud of these guys tonight.”

Michaud provided another solid appearance out of the pen. He went two innings, allowing a hit and one run with a walk and two strikeouts. Asghar got the save, allowing one hit with two strikeouts in a clean ninth inning.

“Nolan did well. He hunkered down and gave us a shot,” Hernandez said. “We needed somebody to step up tonight and Dale and Asghar did that for us.”

Brian Perez carried the weight at the plate for Bethune-Cookman. He finished 2-4 with a run and five RBI.

“We’ve definitely struggled hitting as a team,” Hernandez said. “Brian is a guy that has a track record of hitting in his two junior college stops. That’s a guy that you don’t lose confidence in. He works and prepares and he got rewarded tonight with five RBI.”

Irvin Escobar added two RBI on a pair of hits. Christopher Patterson chipped in an RBI with two hits and a run scored.

The Wildcats will look to secure the series sweep with a win in the finale tomorrow at 1 p.m.