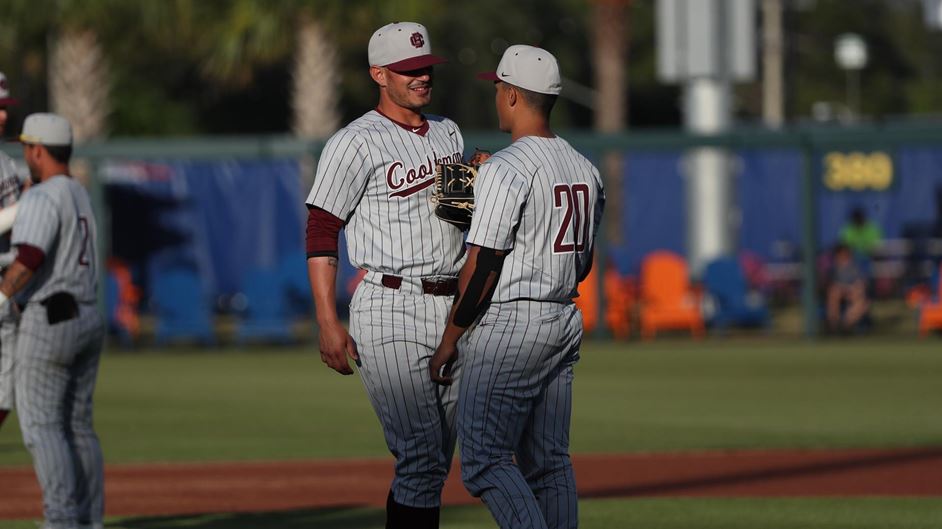 Bethune-Cookman goes down to the wire with No. 8 Florida

Bethune-Cookman had the tying run on third in the ninth inning.

Gainesville, Fla.  – The Wildcats continue to show no fear in the bright lights as they went toe-to-toe with #8 Florida, falling, 3-2, on a late solo homer Tuesday night in Gainesville.

The Wildcats (8-12, 3-0 SWAC) jumped on the Gators early thanks to the legs of Malik Stephens. The left-fielder walked to lead off the night, promptly stole second, and advanced to third on a foul out by Christopher Patterson. With Boris Peña at the plate, Stephens took off for home to give B-CU the 1-0 lead.

The Wildcats loaded the bases on three walks in that same inning, but were unable to add to the lead.

The Wildcats tacked on another run in the third when Peña snuck a bouncing ball past the third baseman, scoring Garcia. The play was ruled an error, but B-CU took a 2-0 lead.

Florida (16-5, 2-1 SEC) threatened in the third, working back-to-back walks to open the frame, but Marcos Gamboa escaped a bases-loaded jam to preserve the lead.

The Gators cut the lead in half in the fourth after a pair of hits and a sacrifice bunt. They tied things up with a homer in the bottom of the fifth.

Florida took the lead in the bottom of the seventh with their second homer of the night – another solo shot that would prove to be the winning run.

Perez walked to lead off the night and advanced to third on a groundout and a wild pitch, But the final two Wildcats batters struck out looking as the Gators took the win, 3-2

“I’m proud of the compete in our guys tonight,” Wildcats head coach Jonathan Hernandez said postgame. “For us to be within a swing of a win at the number eight team in the country, that’s a credit to how hard our guys play.”

A scheduled bullpen day was no hindrance for the Wildcats, who allowed only three runs to a dynamic offensive squad. Alec Mendez – on a pitch limit as he continues working back from Tommy John surgery – started, allowing one hit with a strikeout in an otherwise clean first.

Gamboa worked two scoreless innings, allowing only one hit with three walks and a strikeout.

Joan Gonzales took the loss after allowing three runs on seven hits in four hits – he did not walk a batter and struck out four.

Up Next
The Wildcats will return to SWAC play this weekend with a three-game series with Alabama State. First pitch of the weekend is scheduled for Friday, March 25, at 7 p.m. at Jackie Robinson Ballpark.

Bethune-Cookman goes down to the wire with No. 8 Florida