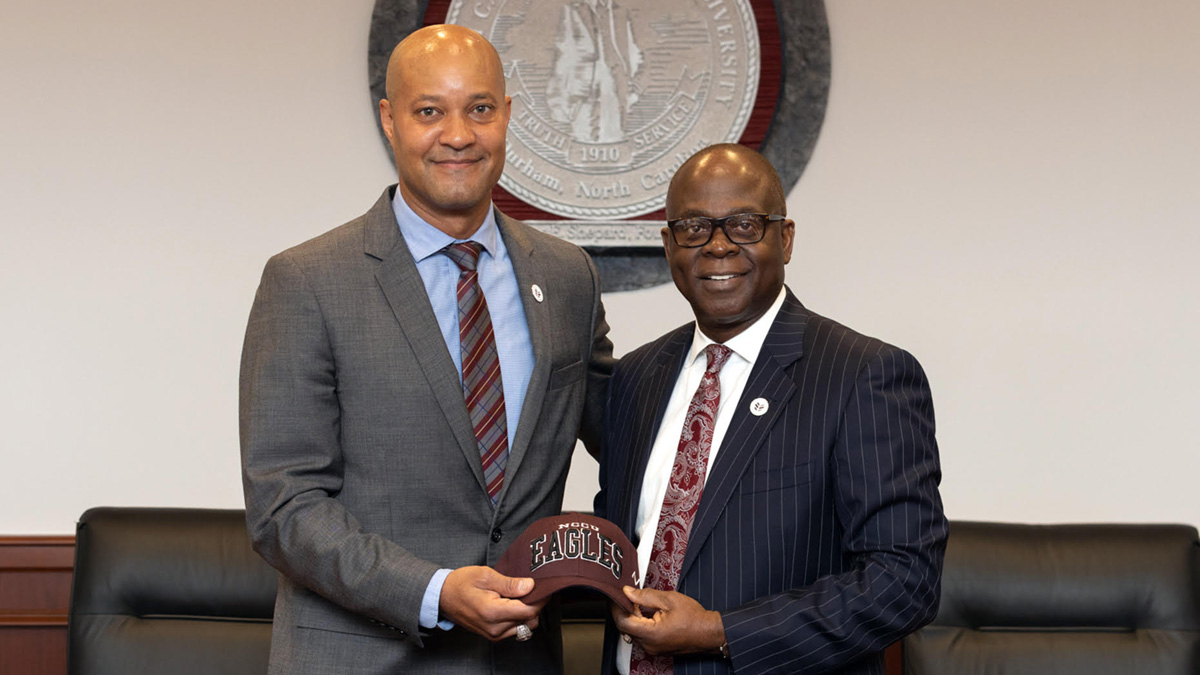 NC Central has announced it is bringing back alumnus Dr. Louis “Skip” Perkins to take over its Department of Athletics.

A dynamic higher education leader with more than 20 years of experience in intercollegiate athletics and institutional advancement, Perkins has served as Director of Athletics at three different NCAA Division I Football Championship Subdivision (FCS) institutions with teams capturing 10 conference championships during his tenure.

“Dr. Perkins is a passionate and dynamic leader who is fueled by building winning programs focused on student-success,” said NCCU Chancellor Dr. Johnson O. Akinleye. “This ‘homecoming’ of sorts for Dr. Perkins brings him back to a place where he was not only cultivated as a student, but also grew to become a distinguished athletics and development administrator regionally and nationally.”

A 1994 graduate of NCCU, Perkins holds a Bachelor of Arts degree in political science and master’s degrees in public administration and instructional media, also from NCCU. He earned his Doctor of Education from Delaware State University, with a focus on educational leadership.

As a four-year team captain on NCCU’s tennis team, Perkins received multiple academic all-conference honors. He was also a recipient of NCCU’s inaugural Forty Under Forty Alumni Awards in 2012, and is a member of Kappa Alpha Psi Fraternity, Inc., the NCCU Alumni Association, Inc., and the United States Professional Tennis Association.

“I am truly thankful and excited to be back where I started my journey in intercollegiate athletics, as a student-athlete on NC Central’s tennis team,” Perkins said. “The foundation that was instilled in me during my time competing on and off the court at NC Central has helped me become the person and leader I am today.

“One of my goals, when I left NCCU in 2007, was to one day return to ‘The Nest,’ bringing back with me all of the experiences and knowledge I gained from a far to help return NC Central to its championship ways,” added Perkins. “I look forward to not only helping my alma mater win on its various fields of play, but to continue its focus on turning student-athletes into scholar-athletes.”

Perkins will join NCCU from his current role as assistant vice president for development at Morgan State University since 2020. Under his leadership, he worked in conjunction with the president of the university and the MSU Foundation Board to secure more than $67 million in fundraising contributions during the 2020-2021 academic year, which set a new university record.

Prior to his role as senior development officer at Coppin State University, Perkins was the associate vice president and director of athletics at Delaware State University from 2015-17. During that time, the Hornets secured four Mid-Eastern Athletic Conference (MEAC) championships, boasted the highest grade point average (3.1) in the athletics program history, and more than $5 million was raised in athletics development.

As director of athletics at Howard University from 2010-15, Perkins oversaw more than $10 million of renovations to Burr Gymnasium, while the Bison added another conference title to his ledger. In the same role at the University of Arkansas Pine Bluff from 2007-10, the Golden Lions achieved one of the highest graduation rates in school history and won five conference championships under his leadership.

Perkins also served as an assistant athletics director for development at NCCU from 2006-07, and as executive director of communications and external affairs at Saint Augustine’s University from 2005-06.

He is the proud father of three children, Alexia Perkins, Peri Perkins and Louis Tripp Perkins, along with a granddaughter, Anastasia.

647
The Latest in HBCU Sports and Culture