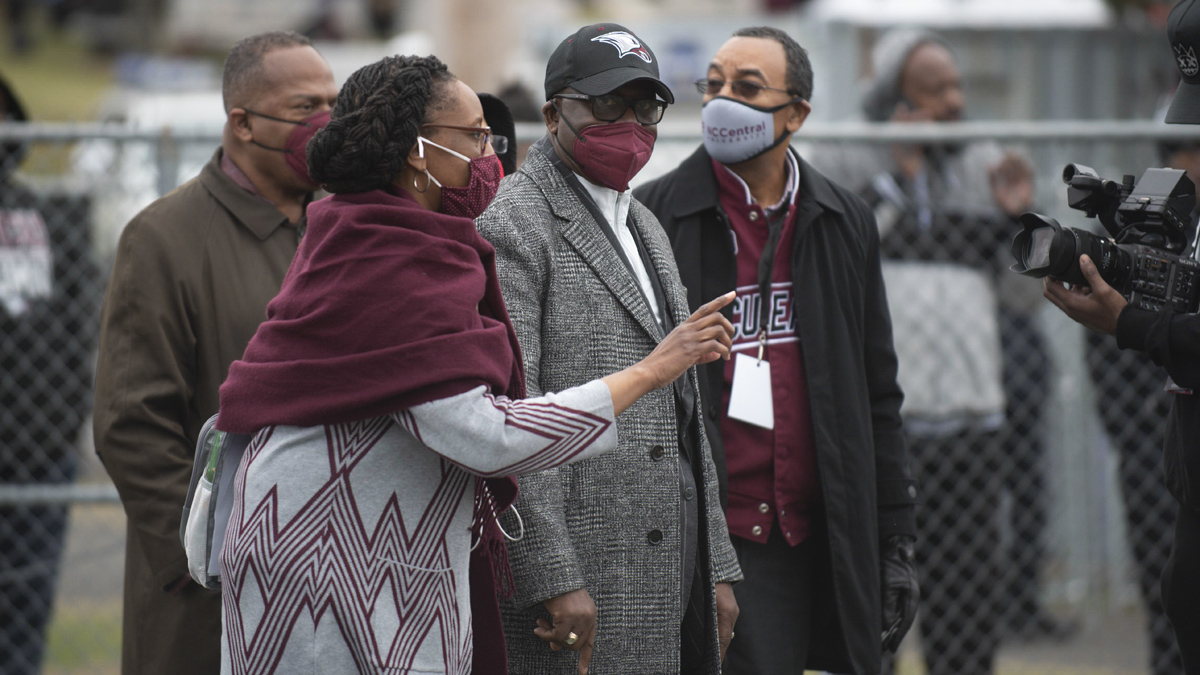 NC Central appears to have found its next Director of Athletics. He’s an alumnus with experience.

NC Central appears to have made the choice for its next Director of Athletics.

Morgan State Deputy Assistant VP for Development Louis “Skip” Perkins has been green-lighted as NCCU’s new AD, according to CollegeAD.com. Perkins will replace Dr. Ingrid Wicker-McCree, NCCU’s AD since 2008. It was announced that she would be stepping down from her role at the end of the school year back in August of 2022.

Perkins is no stranger to being an AD at an HBCU, specifically in the MEAC. Perkins got his first AD job at the University of Arkansas-Pine Bluff in 2007. During Perkins’ three-year tenure, Arkansas-Pine Bluff’s Department of Athletics steadily improved. The UAPB athletic program won a total of five championships – highlighted by titles in women’s cross country (2007 and 2009); men’s cross country (2009); women’s soccer (2009) and men’s basketball (2010).

Under his leadership at Howard, a new Academic Support Center was established, which resulted in an overall cumulative GPA of student-athletes that was above 3.0 over the last two school years (2012-13 and 2013-14). Mr. Perkins also oversaw the $10 million renovation of Howard’s Burr Gymnasium, as well as the installation of a synthetic turf system for Greene Stadium.

Perkins was appointed as Delaware State’s Interim Director of Athletics in 2015 and served as AD through 2017.

He’s no stranger to NC Central either. Perkins holds a Bachelor of Arts in Political Science and a pair of Masters degrees in public administration and instructional media from North Carolina Central University. He was an Academic All-American in both 1994 and 1995 as a member of the NCCU tennis team, where he was a four-year team captain.

Now he’ll be tasked with helping his alma mater compete for MEAC titles and more. The NCCU football program finished second in the MEAC in 2021. Men’s basketball finished third in the MEAC this season.