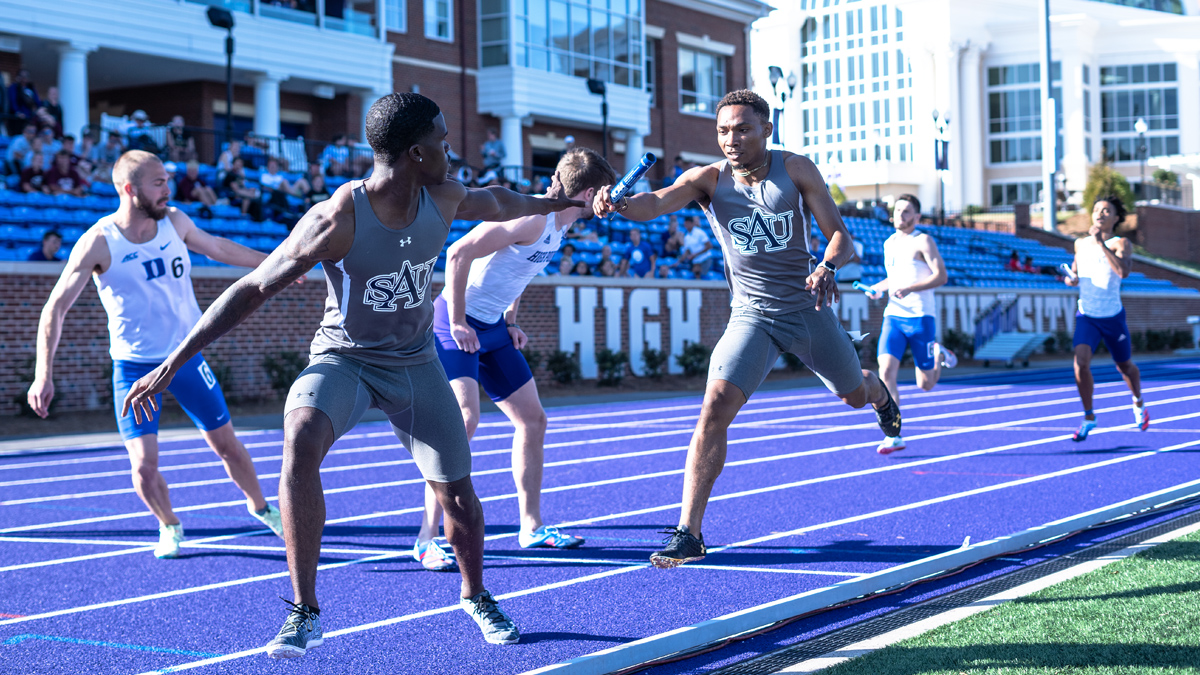 The outdoor season has started. NC A&T track and field is looking to keep momentum while CIAA programs are re-charging.

North Carolina A&T track didn’t bring out its big guns to start the outdoor season, but it still put up a solid showing close to home on Saturday.

A&T was one of three HBCUs participating in the Bob Davidson/Bill Webb Memorial at High Point University over the weekend.

While the competition was more of a warmup for A&T, it was a good chance for CIAA programs Johnson C. Smith and St. Augustine’s to line up against some DI competition. The CIAA did not hold outdoor track competition in 2021 and no one did in 2020, so the competition represented the first time since 2019 that JCSU was able to be involved in. Assistant coach Antoine Sidberry was excited for the opportunity to compete.

“It’s a blessing, man,” he said on Saturday. “Just to be able to be back the track atmosphere, outdoor track. A lot of our kids who have not competed in a while and just to have them here and to be able to compete and finish healthy, for the most part, man, that’s taking every win, every small victory.

The JCSU men finished second to Virginia State in indoor competition last month. Sidberry thinks that something that his program can build upon as the outdoor season heats up.

“We lost a couple of women this year and we took what we had and they gave everything they could,” he said. “I told them they can’t drop their heads. Everyone that day ran their personal or season’s best time. So at the end of the day, you got to take what you can get.”

Saturday’s race provided a chance to go up against DI programs like A&T, High Point, Duke and several others. Sidberry said he told the team its not so much about the competition as it is focusing on doing your best.

“I tell them every time it takes one race, one throw, one jump to win.  So you give it your all stop thinking about it and worry about who’s here, run against the clock,” he said. “Today to really showed that we can compete with anybody.”

St. Augustine’s is no stranger to competing at a high level. The historic program has been at the Division II level what North Carolina A&T track is trying to become at the Division I level. But for right now that history is just that — history. Legendary head coach George Williams parted ways with the school back in 2020, and new head coach Sandy Chapman is tasked with the challenge of stepping into the shoes of the legend. He says it has been tough so far.

“A lot of people have questioned about coming out because they’ve been hearing that the program is going downhill,” Chapman admitted. “I got a good solid eight guys that I’m trying to build around.”

St. Aug finished the competition with a bang, winning the men’s 4x400m relay by nearly six seconds. Chapman said that the High Point meet was about getting out the kinks. He’s hoping that the team builds off of what it did there and improves. Because he knows eyes are watcing his program from far and wide — to see if the dynasty is done or just needs to re-load.

“They’re getting a lot of criticism, saying they’re messing up what we’ve built,” Chapman said. “They’re tired of hearing that, and so am I, so they’re working hard to change that.”